By David Donovan | 24 April 2011, 10:16pm | comments |
Easter Sunday is almost over. You've probably had your fill of chocolate, perhaps  a satisfying meal and maybe a convivial few drinks with friends and family.

And if you are happen to be a practicing Christian, you may well have gone to Church earlier today and thought about Christ dying for our sins and being resurrected after three days—the event we are, in fact, meant to be celebrating.

This publication has no position on faith — it is after all a matter of personal choice, and what you choose to believe is entirely up to you. Faith is what it is — an article of faith — proof for or against a particular belief is, by definition, impossible.

But this publication does have problem with religions, or creeds, that attempt to impose their world – or divine – view upon others. There is, unfortunately, a tendency amongst passionate believers of all religions to think that their – and only their – view of spirituality and what happens after we die is the correct and valid one. That they and their co-religionists are destined for heaven and everyone else who believes something different, or nothing at all, is destined for nothingness or eternal damnation. Often the "pagan", "heathen" or "unbeliever" is seen as needing to be "saved" and in the worst case is regarded as less deserving of mercy, perhaps even less human, than the faithful believer.

All of that on the tenuous grounds of an unprovable faith is simply abhorrent.

Despite most religions preaching goodwill, love and charity as their central tenets, much blood has been shed under the guise of the "righteous war".

There seems to be a feeling amongst those who regard themselves as holy (or holier than thou) that they are excused from adhering from the very principles of their own faith, simply because they "believe". It is this sanctimonious hypocrisy – the thought that "I don't need to be good, because God loves me – from so many who practice religion that repels so many people.

"Religion is the opium of the people", said a great thinker, but many people don't want to be drugged or bullied — they want to make up their own minds about the mysteries of the universe.

The truth is, no-one has a monopoly on knowing what will happen after we die — not us, not you, not organised religions, not anyone. It is unknowable.

But whether you believe that Christ was the son of God, or simply a philosopher of immense wisdom, you would all do well to remember his greatest words:

"So in everything, do unto others what you would have them do to you, for this sums up the Law and the Prophets." (Matthew 7:12 ).


As the golden rule, this creed was around for long before Christ and is present in almost every society. We would do well to remember it. If we showed goodwill, restraint, tenderness, humility, charity and, yes, love to all our fellow beings, there would be far fewer problems in this world of ours. And what problems there were, we would face together as brothers and sisters, not sparring partners.

It is natural to doubt. All intelligent people should doubt things that cannot be reliably proven. This principle of "caution" is important in all areas of life — it prevents you being led down the wrong path.

Dogmatic belief – the thought that anyone who does not practice your religion is a less than you, and less deserving of kindness and respect –  is a recipe for intolerance and destruction. So it has proven. The thought that you must not doubt or question the tenets of your faith is something that is bound to lead to closed minds, which almost always leads to small minds.

Here at Independent Australia, we're with CS Lewis, who thought that a non-believer who follows the ten commandments is more likely to reach heaven than a Christian who does not.

So, as Easter Sunday draws to a close, we ask all people to remember the teachings of that great man, Jesus Christ, and to try to be kind to one another.

And from all of us at Independent Australia, we wish you all a very Happy Easter. 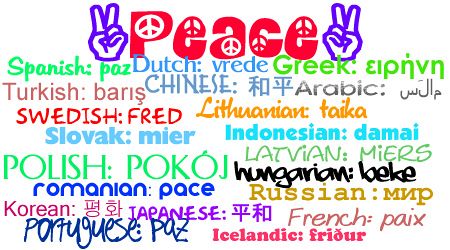