Over the years, there has been much written by Independent Australia and elsewhere on the corruption endemic to the Liberal and National parties. It never seems to get much better.

The NSW ICAC has been investigating disgraced former State MP Wagga Wagga MP Daryl Maguire. He’s as bent as a nine bob note. However, it was revealed in the hearing was that he had been in a secret romantic relationship with NSW Premier Gladys Berejiklian for over five years. The relationship only ended in the last few months.

Berejiklian claimed under oath she had no knowledge of Maguire’s business dealings or that she had not met any of the dodgy property developers he was interacting with. However, recorded phone calls and text messages revealed the opposite. She had effectively misled the ICAC under oath. 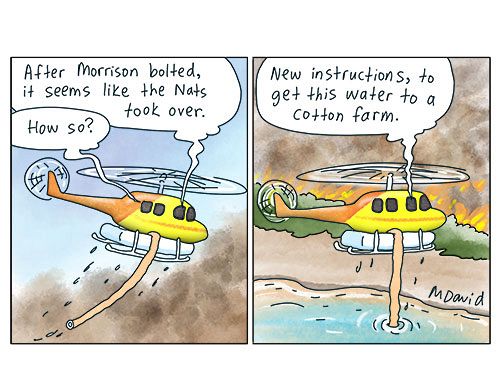 The country was on fire in November and is still ablaze. This story, with more than 22,500 unique views, sums up our outrage at complacent, negligent governments.

As the hearing progressed, and it's still ongoing, more and more details emerged of the pair’s relationship. Despite Berejiklian’s claims she knew nothing about Maguire’s business dealings, it is inconceivable that could be the case. She had also deleted a critical email from her personal email account, that only she had access to. That in itself is an admission of guilt.

Berejiklian is refusing to resign, despite having been caught red-handed enabling the corruption of Maguire. The term enable is appropriate, because under NSW corruption legislation it is a crime to not report corruption when it is discovered. She did not report it, therefore she enabled it.

The reaction of the press was predictable. Had Berejiklian been a Labor Premier, the media would have been camped outside her home in huge packs. They’d have been going through her garbage. This is not to say that the press has not been reporting it (they have) but the level of intensity is nowhere near the same.

The Murdoch media, at first, tried to play it as it being Berejiklian’s personal life and this should be kept private, that she had made a poor romantic choice. When that didn’t fly – largely because most people could remember the way the Murdochistas had pursued former Prime Minister Julia Gillard over her personal life – they then started spinning it that she should stay because the likely alternative, NSW Treasurer Dominic Perrottet, was even worse.

Berejiklian did not help herself when she stood up in Parliament and made the statement that what she had done was “no worse than the corruption under the former State Labor government”. This is in itself an implicit admission of guilt. It should be borne in mind that the former NSW State Government included Eddie Obeid, who actually went to gaol for his corruption.

Australia’s Prime Minister Scott Morrison came out on Sydney radio in vigorous support of Berejiklian. She is yet another standard he walks past as he trashes the country.

To try and distract further from the corruption crisis in NSW, the Murdoch pack upped its anti-Daniel Andrews fervour. Failed right-wing political hack Peta Credlin decided to pretend she was a journalist and attended a couple of Andrews’ daily press conferences. She prefaced her questions with long-winded suppositions that Andrews had no problem batting away.

On Thursday he called her out on her factual inaccuracies. Andrews was having none of it. He’s smarter and much more press-savvy than she is. Over 100 daily press conferences on the trot will do that to someone. Credlin should stick to her online monologues where she can just make up stuff and not be called out on it. The Murdoch press, of course, spun it as “Andrews dodges questions”.

How they can come up with that statement after 105 days where he stays and answers every question, no matter how ridiculous, is beyond me.

We also saw the media pump up the Victorian Opposition Leader’s no-confidence motion stunt as something more significant than it was. It had zero chance of success given Labor’s huge majority in the Victorian Lower House. Andrews handled the motion with the respect it deserved: by not even turning up to Parliament for it.

The Victorian Liberal Party Leader Michael O’Brien is desperate to gain traction but fails at every turn. He also stood in Treasury Gardens surrounded by 700 Australian flags ostensibly to represent the 700 deaths he claims Andrews is responsible for. If he really wanted to make his point, he should have used Victorian State flags. Using Commonwealth flags was construed by many that he was blaming the Commonwealth Government for the deaths.

O’Brien cannot win the next election despite the constant barrage of manure being thrown at Andrews. The only reason he’s not been challenged yet is that the likely challenger, Tim Smith, is even more inept. Andrews is doing a fine job as Premier, but an effective democracy needs an effective opposition.

There isn’t one in Victoria, nor is there any sign of one emerging.

News has filtered through that Morrison is stuck in Cairns as his RAAF jet has broken down. Nor can they find a secure internet connection for him to attend the National Cabinet scheduled. Many pundits have viewed these developments suspiciously. 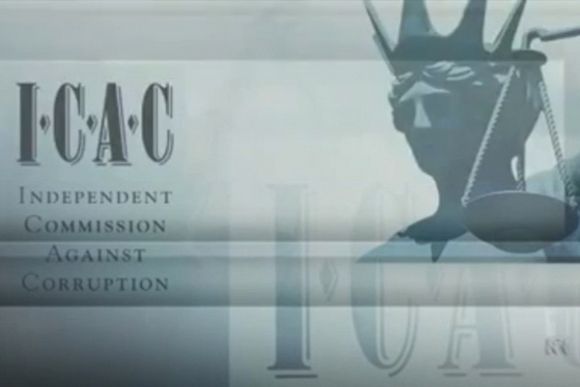 Despite growing corruption evident within our Government, we've still yet to reach an effective solution.