Despite his denial of recent allegations, Christian Porter's past history has left him with a guilty verdict in the trial-by-public, writes John Wren.

IT’S NOT BEEN a good week for Prime minister Scott Morrison’s corrupt regime. Still reeling from Brittany Higgins’ rape revelations from the week before, the pressure ramped up after rumours began to circulate that a current Cabinet member had been accused of raping a 16-year-old woman while he was 17.

The Minister wasn’t named which meant almost every male Cabinet minister was suspect and this included Scott Morrison. The rumours intensified and as these things do in Canberra, the field narrowed to only two-to-three potentials. Given the serious nature of the allegations, it would be the normal thing for Attorney-General Christian Porter to comment on the issue, but he remained silent leaving others to make comment. That silence was enough for most to deduce that it was Porter who was at the centre of the allegations. But still, the silence from him continued.

Then on Friday, independent journalist Shane Dowling published Porter’s name and the victim’s name in a piece outlining the story. The victim had made a 30-page detailed statement that had been sent to the Australian Federal Police as well as Morrison’s office and Labor Senator Penny Wong. In tragic circumstances, the alleged victim had died ostensibly through suicide in June last year, which meant legally her allegations could not be tested in court.

Porter finally faced the media on Tuesday confirming that he was the Cabinet Minister at the centre of the allegations. He presented as distraught and made a carefully crafted legal statement that denied all accusations. The alleged rape had taken place at a debating tournament in Sydney while the victim and Porter were both at high school.

Adding further suspicion on Porter, his Wikipedia page had been heavily edited earlier that week from an IP address in Canberra removing all references to his participation in the tournament. Whoever did this was obviously unaware that Wikipedia leaves behind an audit trail, so it is very easy to see older versions of his page, regardless of what the current page was reading. There are also other archived versions readily available elsewhere on the web. This was not the typical action of an innocent man.

Porter and Morrison were obviously hoping this public statement and Porter’s well-rehearsed distraught demeanour would take the heat out of the issue. It didn’t. It has transpired now that the vast majority of Australians now either outright don’t believe Porter’s denial, or at best think he should step down from his role as Attorney-General. For the highest law officer in the land to have these unresolved and seemingly credible allegations hanging above his head is simply untenable.

Porter has taken some days off to supposedly focus on his mental health. It seems like a poor attempt to make himself into the victim and garner some sympathy. Fat chance.

Porter will never have his day in court to attempt to clear his name, however, the court of public opinion has already condemned him. His political career is now over. His oft-stated goal of one day becoming Prime Minister is now dead in the water. His seat of Pearce in Perth’s northern suburbs is marginal so it’s also unlikely he would now even retain his seat if he chooses to contest it next election. Given the allegations, it’s even possible he wouldn’t gain pre-selection by the Liberal Party anyway.

Apart from the heinous allegations themselves, what has infuriated many regarding Porter’s stand, repeatedly backed up by Morrison, is his hiding behind the “rule of law” that states he is innocent until proven guilty. Both used the phrase repeatedly. 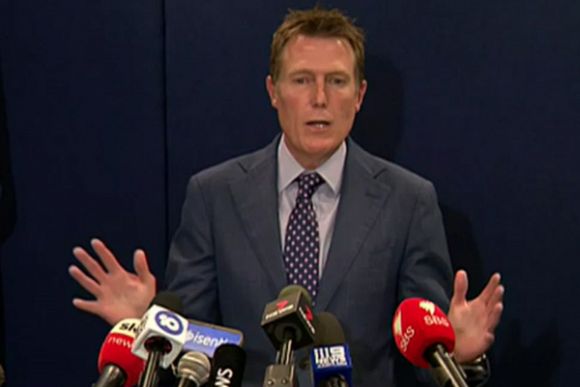 It is rank hypocrisy, given that both Morrison and Porter vigorously defended their now illegal Robodebt scheme that effectively reversed the “rule of law” by treating Robodebt letter recipients as guilty (of defrauding the Commonwealth) and forcing them to prove their innocence. Porter also instigated his draconian industrial relations legislation focused on the construction industry’s Construction Forestry Maritime Mining And Energy Union (CFMMEU) that did similar — treating unionists as guilty of certain industrial actions and forcing them to prove their innocence in star-chamber like surrounds.

But perhaps the most telling issue is a number of media commentators who have drawn the false equivalence of the treatment of former Labor Leader Bill Shorten, who as Opposition Leader faced a similar historical rape allegation. Shorten cooperated fully with two full police investigations. An innocent man has nothing to hide, of course. In both investigations, the police concluded there was not enough evidence to proceed to trial. Shorten fronted the media at the time, made a public statement and got on with his career. Most Australians have forgotten about it, or simply believed Shorten, or gave him the benefit of the doubt.

Why is it a false equivalent? Well in Shorten’s case, there were two full police investigations that concluded he had no case to answer. Porter’s allegations are far more detailed and consistent, with supporting statements from the victim’s friends at the time and throughout her life. In short, they are more believable. The police, however, cannot investigate them as the victim is dead. Also, Shorten was not in government at the time. He was not occupying the highest law office in Australia, a position that needs to be beyond scrutiny.

But why has Porter been pilloried and Shorten not? The reason comes back to the public’s opinions of the two men’s characters. In the absence of an investigation, people draw conclusions based on whether they think the two men could have done such things. Porter has a long and public history of misogyny and infidelity. With his ruthless approach to Robodebt and industrial relations, many also perceive him as having an unpleasant, nasty persona. Admittedly, many people do not like Shorten, but few consider him “nasty” or “vicious”. In short, the people have convicted Porter based on his flawed character.

It’s karmic. The moral of the story is don’t be a bastard and the people will give you the benefit of the doubt. Unfortunately for Christian Porter, it’s now too late.