The conservative religious opposition to homosexuality has been dominant for a long time, but Alan Austin can sense a change in the wind. 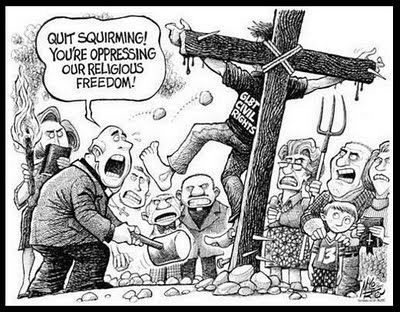 Midway through the final quarter of the grand final between Christians and Jews who believe homosexuality to be an abomination and those who don’t — the wind has changed direction.

Progressives suddenly find themselves kicking with a stiffening breeze. And although they’re still behind on the scoreboard there’s a chance – unthinkable just a couple of years ago – of a surprise win.

At stake is not just the composition of synagogues and churches. These are only minorities nowadays. But in many countries religious bodies have major influence on public policy. Especially in the USA, Eastern Europe and parts of Africa.

For example, Uganda's anti-homosexuality legislation – popularly known as the Kill the Gays Bill – is strongly backed by US evangelicals.

The last two months – April and May 2012 – may be the period of play when the conservatives lost their home ground advantage.

In a major turn in the game, American psychiatrist Dr Robert Spitzer declared that the findings of his famous 2001 research showing ‘highly motivated’ people could change from gay to straight were false.
This is huge.

Spitzer’s work has underpinned most religious reorientation therapies for a decade. And it has sustained much of the anti-gay doctrinal teaching.

Spitzer’s findings had certainly conflicted with other scientific knowledge — such as from the animal kingdom, which concluded long ago that same-sex orientation was normal, healthy and unchangeable. And they were contradicted by other psychiatric research. But there they were. The Pray-the-gay-away groups always had Bob in the coach’s box.

So, for Spitzer to recant is a big goal to the progressives. Their claim that sexual orientation is a God-given gift now has overwhelming support.

In a related setback for anti-gay Christians last month, Marcus Bachmann’s counselling clinic in Minnesota, USA, was sprung ‘counselling’ clients that they could change from gay to straight. The clinic – run by husband of Michele Bachmann, who God told to run for president – had previously promised it would never do such a thing.

So, Christian anti-gay clinics not only rely on dodgy science — but also bear false witness. 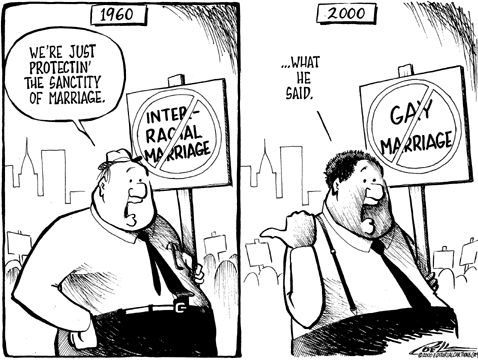 In Australia, the match took a decisive turn when six Catholic bishops in Victoria came off the interchange bench in April and wrote to the faithful urging them to lobby MPs regarding the proposed federal legislation to allow same-sex marriage. They were against it.

This prompted a counter letter signed by clergy supporting the legislation. Signatories – who now number nearly 80 – include Jewish rabbis, a Buddhist priest and prominent Protestant bishops, elected church officials and evangelical leaders from across Australia.

The second, progressive, letter pretty much overwhelmed the first in both media coverage and impact on decision makers in Canberra.

The Australian Senate sought public submissions from across the religious spectrum. Of the thousands received, the most scholarly and soundly researched appear to be those of progressives, such as Professor Bill Loader.

Plays within the Catholic Church have been just as intriguing. Penalties for and against.

Sustained congregational applause greeted Seattle priest Father Tim Clark in April when he blocked a shot by his own archbishop over Washington state's marriage equality law. The church hierarchy is urging the faithful to campaign against legalising gay marriage. Six local parishes have refused to comply.

The same week, the Vatican rebuked America’s Catholic nuns for “serious doctrinal problems”, including on homosexuality. The pope has appointed a bishop to investigate the nuns.

These plays followed intensifying match pressure earlier. Influential cardinal Carlo Martini, now retired, publicly split with the Vatican in March and expressed support for same-sex unions. As this arrived so did a scathing attack on the UK Government’s proposals to legalise gay marriage by top UK Catholic cardinal Keith O'Brien.

Also in March, a priest in the US was suspended after refusing communion to a lesbian woman at her mother’s funeral. So it’s a puzzling game plan.

The score had already gradually begun to even somewhat in 2011.

The conservative Presbyterian denomination in both Scotland and the USA moved last year towards welcoming gay couples into membership and accepting LGBTQ people in leadership.

The Anglican Church in rural Gippsland, Australia, appointed an openly gay priest to a parish post. The ensuing tackles were fended off comfortably by the local bishop. Many similar appointments were made around the world.

The John Jay Report prepared for the US Conference of Catholic Bishops brought into the open the reality of overrepresentation of active homosexuals in the priesthood.

Conservatives can still point to the scoreboard with satisfaction. But suddenly the game has got a lot closer. Especially now Barrack Obama has ripped off his tracksuit and run on to the field.

(Alan Austin is an Australian freelance journalist based in Nîmes, France.)