On the matter of the recent Lidia Thorpe controversy, I want to state a layperson perspective, one we won't see much of amidst the swamp of Australian political opinion columns.

Here it is: I don’t give a shit if Lidia Thorpe dated an ex-bikie.

I understand what a conflict of interest is. I understand why organised crime figures can‘t be allowed near the parliamentary end of tackling organised crime. I agree that Thorpe shouldn’t manage a justice portfolio without having disclosed that history. If her friendship with that man has continued, she should never have managed it at all. And I even understand why Thorpe has gone on to resign from her position as deputy leader of the Greens in the Senate amidst this controversy.

But no, I don’t care that she dated an ex-bikie.

I’m consistent on this. I didn’t care when Victorian Liberal Leader Matthew Guy was caught eating lobster in the same restaurant as an organised crime figure either. I imagine that if Guy were actually rolling over for the Mafia in 2017, Australian intelligence agencies would’ve found out. We are a fully-fledged surveillance state member of the Five Eyes. 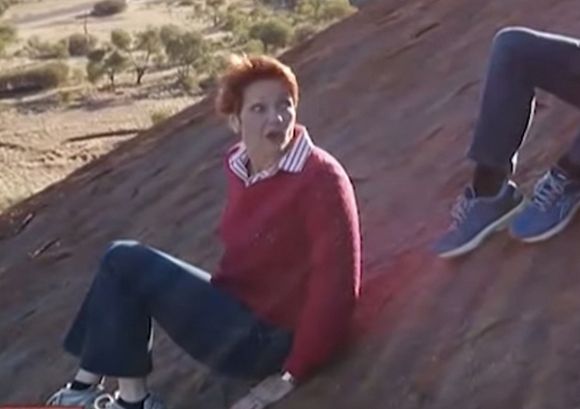 For most politicians and the media, listening to Aboriginal and Torres Strait Islander people is an outward performance.

I don’t think those howling for Thorpe to resign outright – be they Peter Dutton or a hundred interchangeable columnists – care much either. They’re doing the traditional dance of parliamentary politics, wherein one tests to see if an opponent’s bad press can snowball until they quit. When I say I don’t care, I only mean that I care more about real politics; when Dutton doesn’t really care, it’s because he is a wraith haunting Canberran hallways who cares about nothing but the annihilation of his opponents.

Thorpe has been the subject of breathless, and often vague, condemnation for over a year. She was reportedly abusive in a meeting with the co-chair of the First Peoples’ Assembly of Victoria over a year ago. It is repeatedly attached to instances of Thorpe being aggressive or showy in Parliament, to prove that she is that most unforgivable of things: a very rude woman.

But gosh, I hope this isn’t what we were waiting for, because I don’t give a shit about it.

Some of this coverage has hinted at more terrible evidence of her conduct that cannot yet be revealed. I have long awaited that damning final drop, which would prove to me that Thorpe is something much worse than a very rude woman.

You may think I’m attempting to run cover for the Greens. I’m not. While I often vote for them, I’m wed to no political party. It’s quite evident that Thorpe's ongoing problems are in part due to internal Greens tensions, given the amount of leaks that come from within the Party about her. That aside, I appreciate the Greens’ recent support for, and allegiance with, staunch Indigenous activist politics. It’s the platform for those issues we should defend more than the Party that is brave enough to accommodate them. 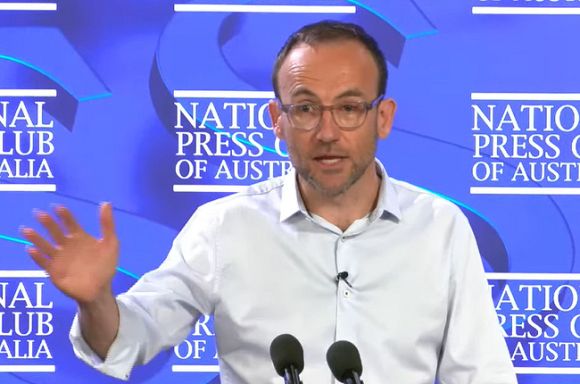 Much of the media’s focus has been on the Independent candidates, but the Greens is likely to be the real winners.

But those issues, and that platform, is precisely why Thorpe annoys many people. They’re offended by the abrasive activist politics of Indigenous families like the Thorpe's, being allowed onto the national stage.  She makes racists, imperialists and right-wingers upset. They’re used to this political style coming out of rallies that they can duly ignore, like all "good" Australians do.

We’re not meant to be hearing uppity black women on the telly being very rude. How dare Thorpe do stunts?  Only Pauline Hanson should be allowed to do that. How dare she describe the ceremonial head of a colonising state as a coloniser?

Thorpe has carved out a space in Parliament to have unvarnished discussions about Indigenous rights issues, environmental and refugee rights and policing issues, and more. It’s been refreshing and well overdue, to see a politician talking so frankly about treaty, something mainstream Australian politics largely abandoned after Hawke’s empty promise in 1988.

I hope there’s nothing more to this issue that we’re yet to find out about. (Although I’m quite prepared to change my mind with new information, like anybody sensible would.) And I hope that Thorpe can survive all this baying for her blood. Because I, a layperson, care a lot about the conversations she has introduced into the Senate.

But I really don’t care that she dated an ex-bikie.