Who set the police on to Occupy Melbourne

Although the City of Melbourne has rejected an inquiry into last year's brutal eviction of Occupy Melbourne, the truth is slowly emerging anyway, says Carl Scrase. 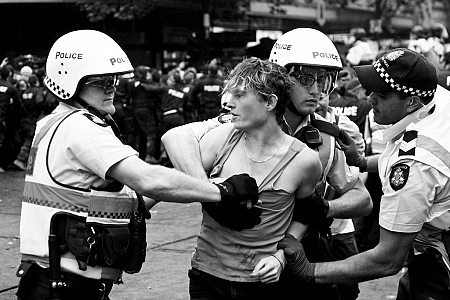 WE ARE STARTING to piece together who was responsible for ordering the eviction of Occupy Melbourne from City Square, even though the City of Melbourne Council last night rejected a motion to have an independent inquiry into the matter. And it appears it was not actually the vocal critic of Occupy, Lord Mayor Robert Doyle, but the silent CEO of the City of Melbourne Dr Kathy Alexander and her team.

As Melbourne City councillor Rohan Leppart stated in his motion:


'The decision to remove protestors from City Square on 21 October  2011 was authorised by the City of Melbourne, however the nature of that decision and the actions and circumstances leading up to that decision have not, to date, been disclosed to the public.'

In the sixteen months since the eviction, there have been sustained calls for an independent investigation into the legality of the eviction and method of eviction. Rohan Leppart repeatedly stated it was the responsibility of council as a democratic body to clear up this matter
as the people of Melbourne still have many questions.

One such call for an inquiry is contained in a report written by the Occupy Melbourne Legal Support Team:


'Occupy Policing – a report into the effects and legality of the eviction of Occupy Melbourne from City Square on 21 October 2011.'

This report was submitted to council as a public submission for consideration. 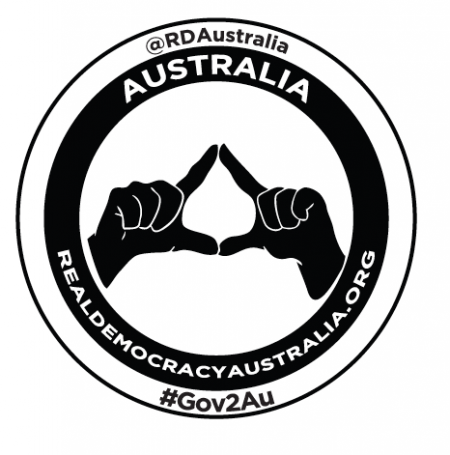 Real Democracy Australia, an organisation that was founded by me and a handful of other participants of Occupy Melbourne, campaigned during the recent City of Melbourne elections, asking all prospective City of Melbourne Councillors to commit to a independent inquiry.

By doing so, we got a majority of six of the eleven councilors to commit to such an inquiry — but unfortunately two councillors last night backflipped on their election promises. Clr Ken Ong and [IA contributor] Clr Richard Foster decided not to support the motion for an independent inquiry on the night. This left only four councilors supporting the motion, Clrs Rohan Leppart, Cathy Oke, Jackie Watts and Stephen Mayne.

During the vigorous debate about the motion for an independent inquiry, it became clear that the motion would not be passed. However, what did become evident was the fact that council had delegated its decision making powers to City of Melbourne management to deal with Occupy Melbourne. Which basically means that CEO of the City of Melbourne corporation, Kathy Alexander, who is one Australia's highest paid public servants had executive power to make vital decisions that impact upon our democratic rights.

Sadly there is currently no register or public record of decisions made under delegation. We don't know who was in there, there was no public debate, and we will most likely never know what her reasoning was to escalate the situation by calling in the riot squad against peaceful protestors. This is a failing in Melbourne's democracy; we need accountability and transparency — otherwise the house of cards will
soon come tumbling down.

The City of Melbourne Council, however, did pass a motion


'...for management to place on the City of Melbourne website a public statement detailing the chronology of all City of Melbourne actions and decisions made in relation to the eviction of protesters from City Square on 21 October 2011.'

But this will not occur until after the findings from the active Federal Court case Occupy Melbourne is taking against the City of Melbourne, the results of which is expected to be handed down within the next few months.

We will be waiting eagerly to see the public statement from City of Melbourne in regards to the chronology of events leading up to Occupy Melbourne's eviction. Hopefully, it will shine some light on who called the shots — but I'm certainly not holding my breath.

Who set the police on to Occupy Melbourne

Melbourne City Council must clean up its act - Councillor

3 March 2013, 11:22pm Allegations of improper conduct continue to swirl around the City of Melbourne ...
Join the conversation
comments powered by Disqus
News updates