Who is really behind the headlong rush to sell off public assets in NSW?

Who are the ideological forces or vested interests behind the headlong rush to sell off public assets in NSW? Kellie Tranter investigates.

IT'S JUST over a week away from the NSW State election and the New South Wales Government has reportedly been selling public assets on a massive scale. Treasurer Joe Hockey has promised to give billions of dollars in federal cash to state governments who reinvest the proceeds from privatisations back into the building of new infrastructure. Is this an ideological push by the Federal Government onto the state governments or are they bowing to the wishes and ideologies of our financial overlords?

The neoliberal Washington Consensus has been described as:

‘... an array of market oriented principles designed by the government of the United States and the international financial institutions that it largely dominates, and imposed by them in various ways upon the more vulnerable societies, often as stringent structural adjustment programs.’

The three pillars of the notorious Washington Consensus were fiscal austerity, privatisation and liberalisation. They are precisely the principles that the Abbott Government espouses, and implements when it can.

In many respects, we seem to be following the U.S. and more recently the U.K. in a relentless privatisation agenda, although, so far, moves into our health and tertiary education systems have been stalled in the Senate.

But why does Australia’s current economic program so closely resemble that of Greece, where as a result of the conditions of the Eurozone bailout its government implemented austerity measures, privatised government assets, and made structural reforms in the economy like “slashing salaries and pensions” and “dismantling social services, while creating special funds to save the banking system”?

Independent economists and commentators have analysed our alleged budget crisis and concluded that it is exaggerated, and certainly not attributable solely to policies of the recent Labor governments.

Almost every day, Australians are reminded by the Abbott Government that “we” are borrowing $1 billion a month just to pay the interest on government debt. It is also alleged that the annual cost of servicing through foreign loans the $200 billion in unfunded superannuation liabilities is in the billions, and that Australia’s banks are a “key conduit for foreign capital into Australia with a critical role in financing Australia's current account deficit.”

But who exactly are the lenders to our state and federal governments and to Australian banks? For what periods and on what conditions? At what interest rates? And how much sway can the lenders exert over government policies and agendas?

We know that the United States is Australia's largest source of foreign capital. The Reserve Bank of Australia, National Australia Bank and Westpac borrowed billions of dollars from the U.S. Federal Reserve following the global financial crisis, but at what cost to us?

In 2011 respected international economist, Ann Pettifor, pointed out that the Reserve Bank of Australia (RBA) doesn’t lend to Australian banks:

‘Foreign bankers lend to Australian banks by borrowing from their own central banks — at rates of 1 per cent or less. When they collect the prize of lending at 4.5 per cent, they do so by raiding the coffers of the RBA for hard currency. In other words, foreign private bankers are leaning on their taxpayer-backed central banks to make a quick and lucrative buck at the expense of Australians. The RBA turns a blind eye to this form of daylight robbery.’

Naturally, we don't know if the

'Government's guarantee package extends to offshore borrowings by banks to cover off-balance sheet derivatives, bad bets and the impact such exposures would have if forced onto banks' balance sheets.’

Is that why the Abbott Government funnelled $380 billion into the Committed Liquidity Facility in 2013?  Where did that money come from, given our allegedly parlous financial state, and how much is it costing us in interest payments? Even with low interest rates and the huge financial benefit of the falling Australian dollar the bank bailout fund remains in place. Why? If banks improve profits by setting aside less money for bad loans, why should the taxpayer have to cop the cost of making provision for a banking collapse rather than banks and their shareholders? 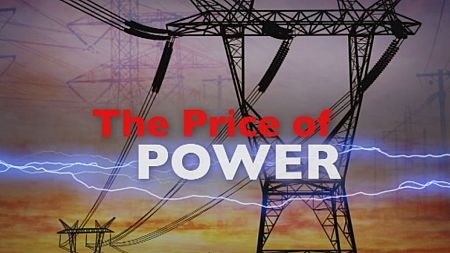 Does all this help to explain why the federal government refuses to conduct a Royal Commission into the finance sector and why it overlooks competition policy concerns? How much political clout do international ratings agencies have if, as our politicians constantly remind us, the ability to obtain finance is affected by their international rating?

It’s no secret that sovereign wealth funds bid for state owned commercial enterprises in Australia, such as NSW ports and coal mines. They will do the same with privatised government services.

Late last year an investigation by The Independent revealed that

‘... foreign governments are making hundreds of millions of pounds a year in this way running British public services. With Britain’s energy, transport and utility networks run by companies owned by other European governments, foreign exchequers reap the dividends while U.K. customers struggle with increasing fares and bills.’

We seem to be heading down the same path, and the details are regularly hidden behind "commercial in confidence" claims even though it's we citizens and taxpayers, through the government that represents us, who are the real party to the transactions.

Unfortunately, there is little objective information or analysis available to ordinary Australians to permit us to rationally assess the claims of politicians. The media comes in in fits and starts but essentially follows the 24-hour news cycle in terms of responding to particular statements or announcements.  Labor politicians can't seem to do much better.

Academic economists, who produce informed and historically revealing critiques of government assertions and policies, including studies of overseas privatisations, aren't widely published and are derided by right wing think tanks and the conservative press.

And the agenda that Tony Abbott promised to implement in his speech to the Institute of Public Affairs in 2013 no longer gets a mention, even though it clearly shows the path he is following.

Without objective critical analysis or informed debate, the Washington Consensus principles of fiscal austerity, privatisation and liberalisation are likely to be implemented in Australia. The economic consequences are likely to be a boon for the wealthy – including overseas "investors" – and increased costs and rising inequality for the ordinary Australian citizen, as overseas experience has shown.

Selling off very profitable "assets to invest in non-income earning roads is absurd" No privatisation http://t.co/8pOiBozB3k