We really must talk about the pink batts

Despite the mendacious Murdoch media and the Coalition framing it as a dangerous disaster, Labor's pink batts scheme was an outstanding success, explains Alan Austin. 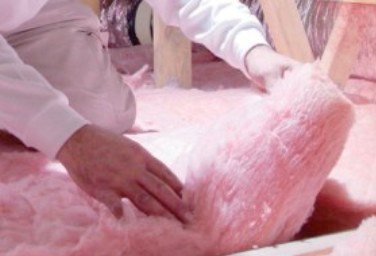 THE STRATEGY of the Murdoch media and the Coalition it seeks to control is clear: identify the Labor Government’s outstanding triumphs – the achievements that have served best to safeguard the community in extraordinarily challenging times – and depict them as disasters, rorts and catastrophes.

The tactic is proving as successful as it is malicious.

Many Australians believe the lies. Should this surprise? Fairfax has been singing from the Murdoch songsheet for years. ABC News and Current Affairs joined the chorus more recently. The falsehoods are being amplified now as the election looms.

Several insistent whoppers regarding the economy were challenged here last Friday. There are more. Perhaps the greatest relate to the recent home insulation scheme.

This is again the subject of extreme headlines condemning the Rudd Government — reprising the old labels bungle, debacle and disaster.

“It is important to get to the bottom of this,” Mr Abbott told the breathless media. “We have to make sure that this kind of disaster never happens again.”

Six aspects of the scheme have been lied about endlessly by the Opposition and the media.

First, this so-called “debacle” was nothing of the sort. It was one of the central strategies which saved Australia from recession in 2009-10 after the onset of the global financial crisis [GFC]. The only other developed country to avoid two negative quarters of gross domestic product growth was Poland — which executed similar moves, but less swiftly.

Treasury urged the Rudd Government in late 2008 to implement programs to boost employment. Immediately. The coffers had only allowed modest handouts to households — already implemented fastest in the world. The next steps were trickier.

Liquidity was still needed to maintain income and growth. But this could not be more handouts. It had to be productive investment — exchanging borrowed money for assets which would return dividends.

It had to be fast. No time to buy up land for hospitals, reservoirs or airports. No time for extended training courses. And it had to be nationwide.

Every government in the western world faced the same challenge. The Australian Government alone accepted the strategic advice to stuff insulation up every manhole and build a new hall on every schoolground.

Importantly, these required no additional regulation, as both industries were well-established and – according to the former federal Government – already adequately regulated.

The insulation scheme was overwhelmingly successful. As shown at IA last week, Australia moved from the world’s 12th-ranked economy in 2007 to clearly the best-managed by 2010.

Second, the economic benefits were not confined to the critical period of the GFC. Insulation lasts for the life of most buildings. More than a million home owners will now save an estimated 45% of heating/cooling outlays for the life of their house. That alone is multiple billions.

Plus, Australians avoided having to pay billions in unemployment benefits for years to come by maintaining a stable economy.

Third, the planet will benefit for the next 150 years as emissions are significantly lower as a result of reduced power generation. One analyst estimated that insulation in 2.2 million homes – the original target – would have saved as much energy as eliminating a million cars.

Fourthly, the matter of waste was grossly misrepresented by the Opposition and the mendacious media.

Of course there were some inefficiencies. As with every scheme. Perfectly good girders were dropped into Sydney Harbour in the 1920s. Materials were wasted and workers were injured and killed building the Great Ocean Road, the Snowy River scheme and the West Gate Bridge.

And the Adelaide-Darwin railway during the Howard years. No-one labels these disasters, catastrophes and rorts. No-one condemns the governments that commissioned and financed them.

The Auditor-Generals report into the scheme highlighted the need for shonky installations to be redone and for the crooks to be prosecuted. Yes, that all cost time and money. But, to economists, none of that was ‘waste’.

Remember, the urgent task was not primarily to insulate buildings. That was secondary. The main purpose of the stimulus packages was to get $42 billion into circulation as rapidly as possible. This they did. All of the $42 billion ended up precisely where it was intended — in Australia’s steadily growing economy.

Fifth, the matter of the four fatalities is one of the most calculated acts of political bastardry and hypocrisy in Australia’s history.

Four lives were lost, several workers were injured and about 120 houses caught fire in a program employing more than 12,000 people in the space of a year. During this time, more than a million homes were insulated. This was up from about 67,000 homes a year previously.

Of course, those deaths are tragedies. But what was the rate of house fires, injuries and deaths prevailing during the Howard years?

The CSIRO’s basic research – developed further by Possum Comitatus at Crikey – found the rate of fires, injuries and deaths was actually four times higher during the Howard years than during the period of the home insulation program.

The correspondence on the public record and tabled at the various inquiries shows the Government was well aware of the risks and had communicated these to the state authorities.

Contrary to the false assertions in the mainstream media last month, the Queensland Coroner did not blame the federal Government — apart from noting the obvious fact that the fatalities would not have occurred if the rapid-rate scheme had not been implemented.

Culpability, according to the Coroner, was shared three ways.

'Under our constitutional arrangements, workplace health and safety is primarily within the domain of State Governments.'

'That the employers of the three people whose deaths were investigated by this inquest failed to adequately discharge their responsibilities is evidenced by their conviction of offences under electrical and work-place safety legislation.'

And, in one case, the victim:

'Despite being directed not to use metal staples Mitchell chose to do so and died as a direct result.'

The sixth lie from Mr Abbott is that the “disaster” requires yet another inquiry. If it does, Mr Abbott has not indicated which questions remain unanswered by the eight or more inquiries completed so far.

These include, in addition to those linked above, Minter Ellison’s risk management plan, Minter Ellison’s final risk register, The 2010 Alan Hawke Review for the Prime Minister and Cabinet, the 2010 Senate Standing Committee report, and the 2012 NSW Coronial inquest.

Assessing all the data, it is a great loss to Australia that the scheme was not continued through to the end. It was truncated purely in response to a media-fed frenzy of totally irrational fear and outrage. Purely to benefit the Coalition.

Those responsible for this – and for cynically exploiting the deaths of four young men – deserve total repudiation at the ballot box.