Voting in Australia: re-engaging the young

In the wake of news that Queensland may be introducing voluntary voting, Dr Klaas Woldring considers Australia's rather patchy history of electoral reform. 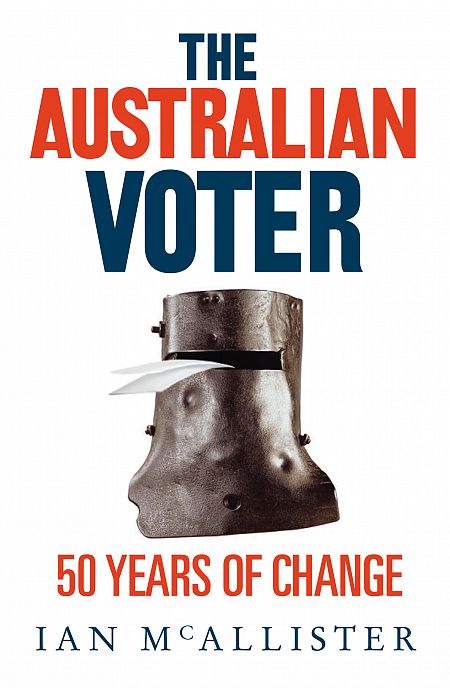 WE OFTEN HEAR that Australia has a commendable record of electoral reform. Maybe in a distant past.

In a recent text by an ANU expert, Professor Ian McAllister, The Australian Voter - 50 years of change (UNSW, 2011) various claims are made that raise many important questions. The electoral system changes seem to have been inadequate. At best, one can say they haven’t kept up with changes in the society. The young have turned away from politics as a result. Although full of relevant statistical information based on twelve exhaustive surveys in the period, the book has left this reader wondering: why not make a case for urgent and major reform?

To begin with, the changes we have seen are actually quite minimal when we consider electoral system change.

The only real system change would be the introduction of the “above-the-the line” voting in Senate elections in 1984, which McAllister rightly describes as serving the self-interest of major parties. Early in the text, he also views the introduction of compulsory voting (in 1924) as belonging in that same category, clearly as distinct from the interest of voters. The effect of the 1984 change has been quite significant in one respect. Since that change more than 90% of voters have opted consistently for the “above the line” option.

According to McAllister, this change turned the Senate election into a kind of “party-list system” of proportional representation. This overwhelming voter response rejects the dysfunctional Table Cloth aspect of the Hare-Clark system of proportional representation. But it did not, in fact, become a party list system because preferences still need to be made. These are left to the party executives to sort out behind the scenes. Deals are made between them, even up to three kinds of splits are possible — and voters are generally unaware of these.

Nevertheless, however imperfect, at least the Senate election system opened up the possibility of democratic representation by smaller parties and Independents (since 1949). That is virtually impossible in the House of Representatives. This serious limitation is the direct result of the Commonwealth Act of 1918, which introduced single-member electoral district voting together with compulsory preferencing, Taken together, the 1918 and 1924 Acts grossly favour the major parties, whose behavior in recent decades has become increasingly controversial and dysfunctional.

Given the fact that some 3.25 million or 22 per cent of the voters in the 2010 election avoided to vote, the time for serious electoral system reform surely is long overdue.

McAllister acknowledges “in spite of expansion in education, improved civic education and enhanced political interest” the public’s level of political knowledge “has changed little over the past two decades”. He goes on to argue “despite all this the public’s general level of satisfaction with democracy in Australia remains of the highest in the world”.

Really? How can this be if so many avoid voting altogether, especially young people?

While his text is full of interesting information about changes in social and political attitudes and informs us that the transmission of partisanship from parent to child has declined, why does this book still largely miss the point? The voters have lost interest in the political system — big time! Party members have left the major parties in droves; the diversity of society is not properly represented in our legislatures. A small pool of around 0.2%of the population feeds each major political party.

Furthermore, the level of participation by major party members in their parties is plainly pathetic, 2% to 3%. Party democracy doesn’t exist. The delusion of democratic elections is grotesque. The theatre in parliaments is an often saddening and, at times, a particularly nasty and disrespectful spectacle. Some political scientists may be questioning the system, but they are not coming up with real alternatives.

In addition, political education has been limited to a small minority of students.  It seems largely concerned with how the system works, not what is wrong with it, even less how can be improved.

Yes, there have been major changes in society in these 50 years, notably of an environmental nature and the growing multicultural character of Australian society. But are these changes reflected in the political institutions? Hardly, even the Greens have been unable to get their share of seats in the major legislative assembly. The Constitution remains rigid and locked, federal-state relations are increasingly in a state of uncomfortable and unproductive stagnation, and the electoral system is archaic.

It is heartening when the Australian Electoral Commission, which has a solid administrative reputation, launches an educational program on voting for the young. However, when reading the AEC’s recent media release about what has been proposed, serious questions arise.

The AEC has introduced a schools program called "Get Voting" —described as "a nation-wide education initiative supporting the conduct of free and fair school elections". This is, as Electoral Commissioner Ed Killesteyn explains, "a new practical program providing on-line information and tools for schools to conduct elections for their student representative bodies". This aims "to develop good voting habits in the electoral process as adults".

When checking out the Get Voting website, we note that there are only two electoral systems described there as "informed resources": preferential voting and "first-past-the post" — the former preferred in the customary way, the latter not used much here.

Thus, here again, the education concentrates on systems that favour the major parties. Why not tackle the issue of electoral reform by including alternative systems? Isn’t that what education is about?

The ALP attempt to re-engage the unenrolled, mostly young, voters, is to introduce automatic enrolment. This would damage the Liberal Party, probably, if it really did attract the young voters.

My thesis is that only a fair and interesting electoral system would re-engage the young. That is, proportional representation, not the Hare-Clark variety but the Open Party List System!

Proportional representation can be introduced in Australia without constitutional change. An Act to replace the 1918 Act requires just an ordinary parliamentary majority. Administratively, clusters of around seven single-member districts could create multi-member districts. This is not a difficult legislative or administrative task.

Yes, the major parties between them might lose some seats, but for first time new smaller parties and would enter the House of Representatives. Coalition Governments would be the norm, as they are in dozens of other countries. The political culture would change from adversarial to co-operative.