After the Socceroos' statement against the abuse of migrant workers in Qatar, Dr Binoy Kampmark highlights the hypocrisy of their protest.

FOR A TIME, the confused and muddled approach from Australian football (soccer to some) did much of a side-step regarding the human rights imbroglio and Qatar’s hosting of the FIFA World Cup. There was ample cash and participation in one of the world’s biggest tournaments on the line. There was FIFA’s reluctance that footballing sides show any political streak; such figures, it was hoped, should best focus on kicking a ball on a pitch.

And then there was the sport itself. Here was a chance to take football to the desert reaches and build new bastions.

Qatar, for its part, has taken a softening voice in disguising reform. The number of deaths among the toiling workers behind the various venues and stadia for the World Cup has been calculated to be in the order of 37 between 2014 and 2020. The Guardian report from February 2021, using records from a number of embassies, suggests that 6,500 Indian, Pakistani, Bangladeshi and Sri Lankan nationals had perished since 2010.

A number of footballing teams, however, could not contain themselves. While not wanting to seem totally complicit in a regime’s atrocious labour practices and archaic punishments, there was the sense that something had to be done. But how could disagreement with Doha’s policies possibly take place alongside continued attendance?

FIFA boss Step Latter has strongly defended his organisation in the wake of the surprise awarding of the 2022 World Cup hosting rights to Qatar.

A stretch of air-gun salutes filled with vanilla anger has been the answer, a measure of displeasure from teams who would still be participating in Qatar 2022. Yes, of course, they would go — never mind such silly notions as a boycott or any naff idea of staying at home. All those contracts; all that publicity! They would put in an appearance and keep the broadcasters happy. Such players merely wanted to let those organising the festivities and sponsorships know about a moral awakening.

Denmark decided to use a form of protest so stealthy as to be unnoticeable, a case of monochrome shirts freed of logos and integrity. Such a protest was also free of sense and strength, but that did not bother the manufacturer Hummel, which had a product to promote on the world stage.

The teams of other footballing nations, including Germany, France and England, are promising an even meeker response: wearing rainbow-coloured armbands as part of an anti-discrimination campaign featuring the message ‘One Love’.

As has been the case before, Australia wanted to go one step further in foolishness — and mightily foolish its players turned out to be. Sixteen were given a chance to vent at the host country, salving their troubled consciences without so much as lifting a finger.

In video recordings, the players claimed to “stand with FIFPro, the Building and Wood Workers’ International, and the International Trade Union Confederation, seeking to embed reforms and establish a lasting legacy in Qatar”.

A message from our @Socceroos on the @FIFAWorldCup #SupportingThePlayers pic.twitter.com/bUqW2pne1w

“This must include establishing a migrant resource centre, effective remedy for those who have been denied their rights and the decriminalisation of all same-sex relationships.”

“These are the basic rights that should be afforded to all and will ensure continued progress in Qatar — a legacy that goes well beyond the final whistle of the 2022 FIFA World Cup.”

Such venting came with mighty qualifications and veiled praise. No player wanted to suggest that Qatar had not made genuine steps to improve the state of labour rights. There was even a heaving acknowledgment that the kafala system has been dismantled, which raised the question of why migrant workers have engaged in strike action, with others promising to do so during the tournament. 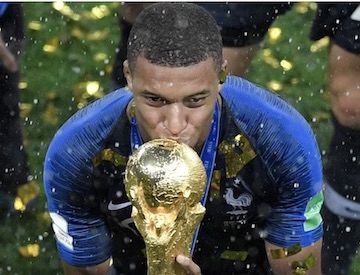 Is it still cultural diversity if your team is multi-racial as a by-product of French colonialism? Branko Miletic reports.

The statements had their cinematic effect. They even caught the interest of a number of Australian politicians, including Treasurer Jim Chalmers, whose interest in football is scant relative to his enthusiasm for rugby league.

“These guys make me proud to be an Australian and they’re going to turn this rugby league tragic into someone who’s going to follow them more closely than I might have.”

‘Fine virtue-signalling words… presume you will now be boycotting the tournament? Or don’t you guys care THAT much?’

The Morgan formula was one that has fallen out of favour in modern sport: the boycott.

‘Either go and play football, or don’t go. Pretending you’re outraged by a country’s morality but then actively promoting the country is hypocritical.’

The impression left is that of a bunch of political interns schooled in the fine art of hypocrisy. It gave Qatari officials and the tournament’s organisation committee room to co-opt the players’ collaboration. Yes, some of the criticism might have been stinging, but not all of it. 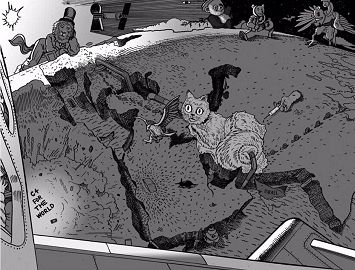 Qatar vs Saudi Arabia is a symptom of a changing world

Recent events relating to Qatar are just the latest in a long list the media have only partially reported upon.

“We commend footballers using their platforms to raise awareness for important matters. We have committed every effort to ensure that this World Cup has had a transformative impact on improving lives, especially for those involved in constructing the competition and non-competition venues we’re responsible for.”

The “health, safety, security and dignity of every worker contributing to this World Cup” was a priority. And a number of government labour reforms had been implemented, as “acknowledged by the IL, ITUC and numerous human rights organisations as the benchmark in the region”. Their “robust implementation” was “a global challenge, including in Australia”. From a public relations perspective, this was a solid play.

In language turned inside out to justify Doha’s own malfeasant practices and “lethargy” on the issue of labour reform, the World Cup could be blessed for leaving “a legacy of progress, better practice and improving lives”. It would be one that would “live long after the final ball is kicked”.

Another legacy is more likely. The kicking of the first ball will induce a collective sporting amnesia for which the Socceroos will be complicit, their consciousness reassured. The glitzy, environmentally depraved, humanly costly show will go on.