Tudge flags freedom of speech while whitewashing Australia's past

Education Minister Alan Tudge continues to argue that an obscure version of our history – one that students "can be proud of" – is the only one worth teaching, writes Dechlan Brennan.

IN ANOTHER round of endless Coalition culture wars, Minister for Education and Youth Alan Tudge again went out of his way to attack the national curriculum in Parliament last week.

During Question Time last Thursday, the minister once more slammed the Australian Curriculum, Assessment and Reporting Authority (ACARA). In an extraordinary tirade against an independent body, he passionately extolled the virtues of Australian history.

In one hyperbolic statement, he argued that:

“it’s so important that those key principles … is imbedded in our national curriculum, so that students understand where our great democracy came from so that they will defend it.”

It is clear that the minister is arguing that a whitewashed version of our history – one that students "can be proud of" – is the only one worth teaching.

I want our national school curriculum to reflect a positive and optimistic view of our history. See my answer in Question Time today 👇 pic.twitter.com/k5tV08kpbi

Mr Tudge went a step further on Friday, with his opinion piece in The Australian containing the same disappointment he displayed on the floor of the House. He started the article by noting his annoyance with the draft curriculum that was published by ACARA:

'It does not increase standards, it has a negative view of our history… Put simply, I would not support it.'

For many, the history of Australia is mired in horror.

While people of Anglo-Saxon descent have enjoyed a relatively unscathed history comparatively, the same cannot be said for other groups. Up until 1962, Aboriginal people were not allowed to vote. They were effectively non-citizens, denied the right to exist equally in the land they had occupied for 60,000 years.

While Indigenous people were still expected to die for their country in war, one cannot imagine this is what Minister Tudge was talking about when he extolled the virtues of learning about our nation’s history.

Despite Australia being a secular commonwealth, Tudge found issues with Christianity not being included in the draft.

He noted that the draft:

“weakened Christianity, despite it being the single most important influencer on our modern development.”

Christianity is free to be taught in religious schools, of which there are plenty to choose from. However, it remains to be seen how it can be discussed in a positive light in relation to Australia’s history. 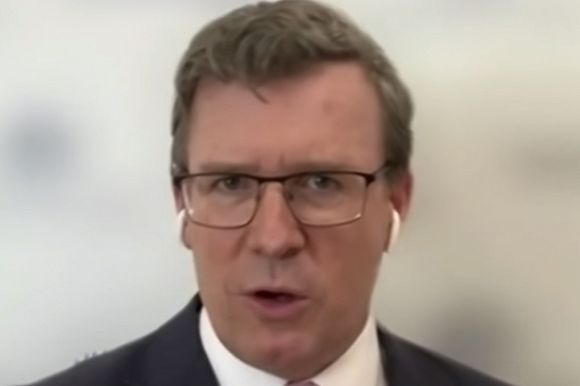 Firstly, there is no state-based religion. On the contrary, the country is made up of many religions and an increasingly large proportion of atheists.

Secondly, the major religious influencer over Australia has been hugely negative, in light of Stolen Generations and multiple sexual abuse scandals. It was only in 1996 that the Catholic Church apologised for the systemic abuse it perpetuated in trying to force Aboriginal children to assimilate.

If these are the Christian values that Tudge is so keen to extol, one feels they are best left at the altar.

It was his defence of Liberal democracy that brings up the most unpleasant comparison in his article.

While preaching the virtue of Western political institutions, he notes:

To be clear, Alan Tudge is comparing the oldest known peoples on the planet with a political system. A political system imported by a nation that attempted a mass genocide on the native population. A system that in the past enacted the White Australia policy. It is disingenuous to offer any form of comparison between the two. 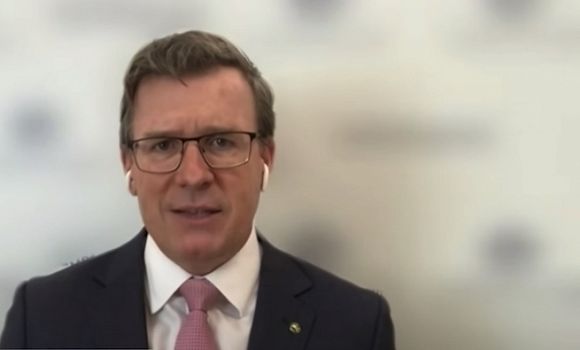 The most hypocritical aspect in all of this is that Mr Tudge’s view about teaching children a more optimistic view of Australia’s past contradicts his recent comments around freedom of speech protections in Australia’s universities.

Attempting not to criticise the High Court’s decision – which ruled that Ridd was rightly sacked by James Cook University – Tudge nevertheless did:

“Yeah, I obviously respect the decision of the High Court. I'm disappointed with the outcome.”

In the same interview he lambasted universities that don’t allow certain ideas to be challenged, no matter how uncomfortable they are:

“We have lots of examples whereby universities have tried to crack down on some of their staff for things which they said which they just simply did not agree with. The whole idea of a university is to have robust exchanges of ideas…”

Tudge decided he needed to back up this media appearance on his favoured channel with a statement that flew in the face of everything he argued for in his earlier article:

'Freedom of speech and academic freedom are the most fundamental principles of a university.'

As noted in a previous article in Independent Australia, Tudge has previously stated that any debate around Australian and New Zealand Army Corps (Anzac) Day should be off-limits, as it is a “sacred day”. The editorial in The Australian backed this up on Friday, hypothesising that parents would be 'appalled' if they knew Anzac Day was being contested.

Yet Tudge ended his media release with this statement:

'I am concerned that, in some places, there is a culture of closing down perceived "unwelcome thoughts" rather than debating them.'

It seems for Tudge and other members of the LNP, uncomfortable facts can only be aired when sprouting "truths" they agree with.

Tudge stated that Australian children should leave school “with a love of country and a sense of optimism”. Surely, children learning the truth is more important — whitewashing Australia’s past will only further erode people’s faith in the country, not improve it.