MINISTER FOR Education and Youth Alan Tudge has performed a whirlwind circuit of various media channels — spruiking his dislike of the various changes proposed by the Australian Curriculum, Assessment and Reporting Authority (ACARA) in relation to the national school curriculum.

The proposed changes put forward by ACARA include teaching students to challenge the ideas that are presented to them such as discussing the difference between commemorating Australian and New Zealand Army Corps (Anzac) Day and celebrating it.

Appearing on Sky News, Tudge reacted angrily to the suggestion in the draft that children should learn to challenge the idea and importance of Anzac Day, claiming that 25 April is the most sacred day on the Australian calendar. 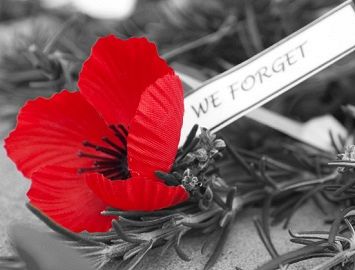 Anzac Day: Lest we remember

Lest we forget is the defining phrase of ANZAC Day and yet the Day itself is about forgetting.

Pro Vice-Chancellor, Indigenous Strategy and Innovation at Deakin University Professor Mark Rose – who helped chair ACARA’s Indigenous advisory committee – told Triple J’s Hack program that the Minister should trust that students can be challenged with ideas that show different perspectives about Australia's national history — they should be allowed to come up with their own views.

"When kids can deal with those competing worldviews and then come up with a positive, optimistic view of this country, they will know that we've done our job properly."

Tudge, on the other hand, exclaimed that any discussions around Anzac Day being anything other than an intensely proud day is only pushed by "... 0.1 per cent of fringe activists".

The idea that Anzac Day is somehow an overly precious day on the calendar falls into the mould of nationalistic grandstanding. The day has gone from one of solemn remembrance to a jingoistic, hyper-masculine event.

Our national curriculum is more important now than ever.

It must lift standards.
It must embed evidence-based practices.
It must give an optimistic view of our nation.

I won’t be supporting anything less. pic.twitter.com/1LSP99chpM

To state the obvious, no one should be celebrating the deaths of over 100,000 citizens.

One only has to look at the recently released Brereton Report to see the full extent of the Australian special forces misconduct. Claims of war crimes in Afghanistan help to highlight how Anzac Day doesn’t represent the best of us.

The toxicity on display is highlighted by Victorian Cross recipient Ben Roberts-Smith. Currently involved in a high profile defamation suit over claims he allegedly killed civilians while on duty, he has said that when he was an adolescent, he idolised the military.

Tudge recently tweeted that our national curriculum needed to lift standards, embed evidence-based practices and it must give an optimistic view of our nation.

If the Education Minister is asking for evidence-based practices in our schools, then surely the discussion around the horrors committed by the Australian military must be at the forefront?

The alleged murdering of innocent civilians, prisoners of war and children in the Brereton Report is a shameful but not isolated event in our history. In the First World War, a number of Australian soldiers routinely killed prisoners of war and deserted in record numbers. In the Pacific theatre during World War II, Australians bayoneted Japanese soldiers who were captured, rather than taking them prisoner.

This all leads to a bigger issue that Alan Tudge and many others in the Australian landscape have adopted: to critique Australian servicemen is deemed to be somehow un-Australian.

The story of the ANZACs has become a somewhat fictional tale that is intrinsically aligned with a certain view of Australian identity — one of nationalism and aggression. Any narrative that runs counter to this image is seen as a dishonour to the soldiers’ memories and the nation itself.

By daring to have a curriculum that questions the importance of Anzac Day, Tudge believes the country’s image is under attack. By not separating remembrance with celebration, criticism is taken personally.

For a country colonised on an invasion, the idea that we need to have an "optimistic view" of our past is dishonest and negligent.

Before Minister Tudge further criticises education experts, he would do well to look at all angles of Australian history — warts and all.