Managing editor David Donovan and in-house sleuth Vince O’Grady reflect on the implications of today's momentous judgement by Justice Rares in the Ashby versus Slipper case.

DECEMBER 12, 2012 – 12/12/12 – may well be remembered in Australian legal and political history as the date when the wheels fell off the Liberal Party’s charge to regain Government.

Today, Justice Stephen Rares ruled to dismiss the workplace sexual harassment suit launched by James Hunter Ashby against Peter Slipper, the former Speaker of the House of Representatives in the Australian Parliament.

Justice Rares found that Peter Slipper’s application to have the case struck out as an abuse of process was proven and ordered the complainant to pay costs.

Rare justice has been done ― but at what cost?

The judgement of Justice Rares is 80 pages long, some 32,500 words in length and is damning of Ashby; his workplace accomplice, Karen Doane; and his shady political backers, including LNP Fisher candidate Mal Brough.

From paragraph 199 of the judgement:

Independent Australia has been following the Slipper case for some time now and has styled the case as a Five Act tragedy. In true Shakespearean style, it has many Elizabethan style characters.

IA has always believed Peter Slipper, and the Commonwealth, that Ashby’s claims were an abuse of process. In fact, we published stories suggesting the affair smelled like a political conspiracy as far back as April 24 this year — mere days after Ashby issued his initial claim.

The more we learnt and uncovered – through hundreds of hours of investigations – the more we felt certain we were right.

Indeed, one only had to read through the 1,704 pages of evidence submitted on the Federal Court website to see the flimsy, shonky, nature of the allegations.

Whilst Slipper made some crude remarks, the worst were made to Ashby before he was employed by Slipper ― when they were friends and Ashby was offering to do politically related work for Slipper. Peter Slipper, an old fashioned politician, not well versed in the technological world of today’s media, hesitatingly accepted Ashby’s help.

Each Act of the Tragedy is detailed in the articles on IA. We have dealt fairly with all parties and only reported the facts from the evidence posted on the Federal Court website, along with that gleaned from our own investigations and reliable, verifiable, sources.

[Read ‘The tragedy of Ashby and Slipper’ Act One | Act Two | Act Three. (Acts Four and Five will be published later today.)] 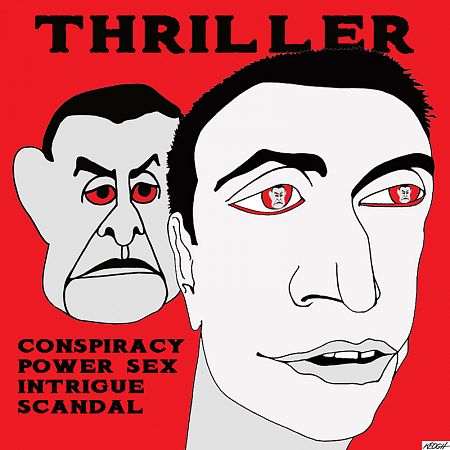 Many outrageous claims about wrongdoing have been made in the old media about Peter Slipper. For instance, the outrageous comments made about the Attorney-General and her actions in an article by Paul Sheehan in the Sydney Morning Herald in October have been shown, now, to be a completely deranged. And the comments by Federal politicians Abetz and Brandis in that article are, at best, shown to be political rather than factual.

The shadow attorney-general, Senator George Brandis, told me yesterday: “These texts, on any view, contain dozens of instances of predatory sexual conduct. So the Attorney-General's claim that this was merely a vexatious case was extraordinary. Any person who read the texts would know instantly that Ashby had a case.”

The Leader of the Opposition in the Senate, Senator Eric Abetz, was even blunter. He told me: “The government was willing to spend three quarters of a million dollars of taxpayers' money to try to cover this up. I've never seen the first law officer of the land behave in such a partisan way. She has a lot to answer for and a lot to explain.”

Discredited, laughably partisan, “journalist” Paul Sheehan and his cronies, the Liberal Party plotters George Brandis and Eric Abetz, now have egg plastered all over their smugly self-satisfied faces. All of them should resign from their current positions, as all are clearly beyond their capabilities, ethics and powers of judgement and reason. They won’t do this — but they damned well should.

IA’s balanced reporting of the truth has been well and truly vindicated. Again! You may remember Jacksonville. Telling the truth is its own reward — but at times like this, it is an extra pleasure.

IA believes – and Justice Rares seems to support this contention – that the Liberal National Party of Queensland were complicit in organising this legal action against someone who was, in effect, one of their own. Ultimately, they did this in an attempt to bring down a democratically elected Government.

They have taken away Peter Slipper’s job as Speaker – and he was one of Australia’s best ever Speakers – and spent months calculatedly defaming him — yet, at the same time, the LNP have shown their hand.

But beyond this, they have dedicated themselves to the quest for power, through a series of nasty and spiteful campaigns. The campaign is undoubtedly being run out of Tony Abbott’s office, with the main foot-soldiers being Mal Brough, George Brandis, Julie Bishop, Christopher Pyne and Eric Abetz. The Thomson affair is still running and being run by the same people. The so-called AWU scandal, from 20-odd years ago – is another textbook smear operation largely being run through the undeniably corrupt News Ltd press and some of its unsavoury allies in the blogosphere. It should be remembered that other scandals which have been brought to light by the Liberal Party in the past have almost always failed ― notably the vicious attack on Justice Michael Kirby by Senator Heffernan and the Ute-gate Affair involving Malcolm Turnbull and his informant Godwin Grech. Both involved doctored documents.

The modus operandi is well-established — why they persist in it, rather than dedicating themselves to developing policies – is unknown. Perhaps they should have a look at some of their failed attacks and try to clean up their act. The thought of this particular bunch of vicious and unprincipled thugs running the country is enough to give anyone nightmares.

Luckily for us, that will now never happen. Justice Rares, by this judgement, has stopped them in their tracks.

We advise the Coalition to clean out their ranks and install decent honourable people into senior positions in the Party. We also recommend they stop running smear jobs — they just aren't very good at them.

The following is a statement issued by Peter Slipper's office today:

[Read the statement as a PDF.]

I am pleased at Justice Rares’ decision to dismiss the proceedings brought against me by Mr Ashby.

I have always maintained that Mr Ashby’s application was about manipulating the justice system to inflict damage on my reputation and political career and to advance the interests of the Liberal National Party.

In his judgement, Justice Rares said he had “reached the firm conclusion that Mr Ashby’s predominant purpose for bringing these proceedings was to pursue a political attack” against me.

I feel vindicated by today’s judgement.

The past eight months have been extremely traumatic for my wife, family and me.

I thank my wife, family, staff and friends for their support during this extraordinarily difficult time.