The LNP want to form Government as soon as possible, but perhaps they should answer some questions about the Ashbygate conspiracy first, says Vince O’Grady.

THE LOOSE ENDS of the Ashbygate conspiracy are legion.

There are so many questions to answer and many of them aren’t being asked. The reason is that the mainstream media are busy not asking them. (We will discuss them shortly.)

Yes, you read it right, ‘busy not asking them’. Why do I say this? Well, it’s as plain as the nose on your face.

This whole saga has been a serial failure of the media. Why have they refused to report in anywhere near enough depth this court determined conspiracy?

The answer is clear with the Murdoch press. They don’t like the Labor party and want them gone. That is apparent by their pathetic tabloid, the Daily Telegraph, with its recent childish and immature depiction of Senator Conroy as a despot. Murdoch’s undeniably biased stable of newspapers represents between 65 and 70 per cent of newspapers in Australia.

Then there is the influence of the richest woman in the world, Gina Rinehart, a major shareholder in Fairfax and one who seems to want total control of the Fairfax Media group. She also partially owns the Ten Network and is a director of that company. To even further muddy the waters, Ten’s Sunday Program ‘Meet the Press’ program – once a serious journalistic enterprise produced by outstanding political reporter Paul Bongiorno – is now produced by News Limited. Paul Bongiorno has been moved to one side and the serious political reporting has been diluted by sport, lifestyle and entertainment reports. Ten also have LNP cheerleader and convicted racist Andrew Bolt producing the laughably partisan ‘Bolt Report’.

Channel Seven is owned by Kerry Stokes, and is also a right leaning organisation, though their whimsical press correspondent Mark Reilly has had his moments of greatness:

Channel Nine is another right leaning organisation, with one standout in Lisa Wilkinson from the Today Show, where she held Abbott to account after he hadn’t read an important BHP Billiton media release about Olympic Dam.

Most disturbing of all is the ABC's failure to properly investigate this affair. Much has been written about the ABC programs and their bias by Independent Australia. The greatest loss of Journalism at the ABC has been the sideways move of Kerry O’Brien from the 7.30 Report and, although his replacement Leigh Sales has done a reasonable job, she is negated by co-presenter Chris Uhlmann, who uses emotive language about the Government and the prime minister whenever he gets the chance. Perhaps most pertinently, Uhlmann is also close friends with Ashbygate conspirator Steve Lewis, and indeed wrote a “novel” with him — The Marmalade Diaries.

Uhlmann has been relentless on 7.30 in talking up stories about the Labor leadership. It is interesting to note that he, in fact is married to a Federal Labor MP, Gai Brodtmann, who allegedly was part of the Rudd faction.

So we have a partisan media. Whilst they drag up Julia Gillard and the AWU ad nauseam – now that their characters have been comprehensively crucified ‒ the media studiously ignore the real stories behind Craig Thomson and Peter Slipper.

David Donovan, Peter Wicks, Ross Jones and I are resolute in our determination not to let these issues die from lack of scrutiny.

So, in the form of questions unanswered, here are the loose ends from the Ashbygate affair:

In the Ashby text messages, there were references to a mysterious Liberal Party figure called “Murray”. Independent Australia confidently believes that this is Murray Hansen, Julie Bishop’s chief of staff.

I have rung his mobile and left my number to call me to answer questions about what he knows and whether he is Murray. To date I have received no phone call back. (See also question 3 below.)

In the Ashby text messages, there were references to a senior Liberal Party figure called “Jackie”. Independent Australia believes this is former Howard Government minister Jackie Kelly, as we explained in my last article. Also from that article, we sent Ashbygate conspirator Mal Brough a number of questions by email (to two of his email addresses). To date we have had no replies.

Julie Bishop said that Ashby had contacted her staff in March and early April (twice), about a month before the complaint was lodged (to complain about sexual harassment). That works out to being around 20 March 2012, when Federal Parliament was sitting — the day after Christopher Pyne and James Ashby had drinks in the Speaker’s office.

On 19 March 2012, the manager of Opposition business, Christopher Pyne, spent two hours drinking with James Ashby in the Speaker’s office.

‘Are you having fun with Mr Slipper yet?’

What did you mean by this statement, Mrs Nagle?

According to News Ltd:

‘Mr Entsch says he was told by one source about the matter the night before it being revealed in the media, but his attempts to inform the Leader of the Opposition about the matter failed.’

Who was your source Mr Entsch?

What precisely did this source tell you?

Did the information come from Christopher Pyne’s office?

Did the information come from a staff member? 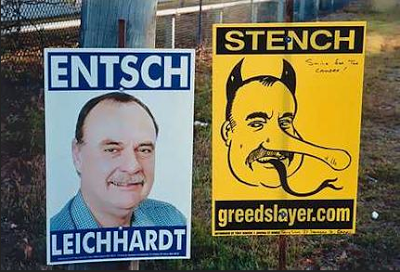 Much has been written by me about Mr Brough and what he has told the press about this affair. In a recent three piece exposé, I showed what he said he had done and what he actually did, and then compared the two. This showed Mr Brough to be extremely liberal (and that is not intended to be a pun) with the truth.

The questions asked in Part III of that expose have never been responded to, despite Tony Abbott saying that Mal would be happy to answer any questions.

ASIC records also show that Brough is not registered for GST and has no ABN Number.

The requirement to register for the GST is explained here.

An article in The Australian describes the start up in 2008 here.

Seems that Brough’s not much of a businessman either.

On Friday 24 February 2012, he attended a UDIA function at the Maroochy RSL where the five local mayoral candidates were speaking. The UDIA is the Urban Development Institute of Australia — an Australia-wide umbrella group for developers.

Here is a picture of Mal Brough (right) and Frazer Dean (left) from UDIA at the function: 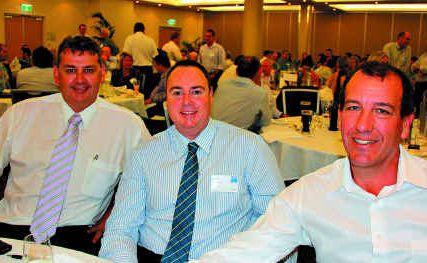 Frazer Dean was the President of the Sunshine Coast UDIA. Brough was representing Tibro Enterprises. How much does Brough's close links to Sunshine Coast developers have with his involvement in the Ashbygate conspiracy?

Beyond this, the same questions we asked Brough before still need to be answered.

Independent Australia sent a letter to the Queensland Police Commissioner requesting that they investigate what appeared to be prima facie offence against the Queensland Criminal Code. That letter was sent on 25 January 2013 and to this date, which is two months after we sent the letter, we still have not even received an acknowledgement of the letter.

Was the Fitzgerald Inquiry a waste of time? When the Queensland police cannot even sit down and write a letter acknowledging a complaint of an alleged crime, it is a sad state of affairs.

When the AFP suspend investigating the Graham Perrett complaint into Mal Brough because of a court case which is yet to be heard, but charge Peter Slipper with criminal offences under the same circumstances, then there appears to be something quite amiss with the dispensation of justice in Australia.

In conclusion there are many more questions to be answered than have been answered so far about this murky Ashbygate conspiracy to bring down the Government and, indeed, I have not canvassed them all. Independent Australia will be shortly sending an open letter to the Prime Minister asking for a Judicial Inquiry into the Slipper affair and the way that our law enforcement agencies have handled the complaints made to police of inappropriate and potentially unlawful behaviour on behalf of the individuals mentioned above.

It is about time that inaction was changed to action and that individuals who have evaded answering questions about their involvement in this sordid affair are made to answer them.

In case you want to know why it important to have these questions answered, I will tell you.

Malcolm Brough is the endorsed LNP candidate for the Federal seat of Fisher. He was a minister of the crown under the Howard Government. He has lied repeatedly about his involvement in this affair and needs to come clean and tell the truth. As a general rule, people who categorically lie to the public should not be elected Member of Parliament, let alone become ministers of the Crown.

Christopher Pyne is the manager of Opposition business and Coalition education spokesperson, and is an elected MP for the Federal seat of Sturt in South Australia. He has also lied about his involvement with James Ashby.

Julie Bishop is the deputy leader of the parliamentary Liberal Party and her chief of staff, Murray Hansen, hasn’t answered the simple question as to whether he is the ‘Murray’ in the Ashby texts. Bishop is the politician who spent a week in parliament asking question after question about Julia Gillard and her ancient activities with the AWU and Slater and Gordon.

Warren Entsch hasn’t answered adequately what he knew the night before the sexual harassment case came to light. He is the chief opposition whip in the parliamentary Liberal Party.

Is the Jackie, Jackie Kelly? Brough knows, as do Ashby and Doane. They also know who Murray is, but they are not saying. The silence from them and, more curiously, the press is deafening.

So, here are senior Liberal Party figures who are involved in one of the biggest parliamentary scandals since the dismissal of the Whitlam government — saying nothing.

It appears that the Labor Party aren’t the only ones who have faceless men. The Liberal Party have wraiths who pull the strings from the mansions of the Sunshine Coast and the offices of the West End of Brisbane, all leading to the mining riches of the Western Australian and the Queensland outback. 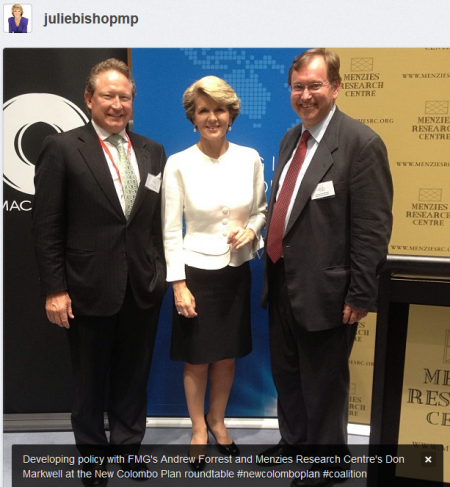 These are the people who want to form Government on 15 September 2013. Perhaps they should answer a few questions first.