Netanyahu insists that the Palestinians be kept stateless and, since Trump seems to believe whatever the last person he talked to alleged, likely Netanyahu will win out. Juan Cole reports.

THE TRUMP-NETANYAHU SHOW on Wednesday was par for the course in American and right wing Israeli discourse about the Palestinians.

Nobody brought up that British colonialists conquered Palestine during World War I and, instead of preparing it for statehood, as they promised the League of Nations they would do, they set the Palestinians up for destruction as a people. These actions contrast with Iraq, which the British did bequeath to the Iraqi nation.

No one brought up that 60 per cent of Palestinian families were kicked out of their homes in 1948 by militant European Jewish colonialists brought there by colonial Britain, and that these families are still homeless and stateless, whereas the Israeli perpetrators have never paid a dime in reparations for the billions of dollars worth of property they stole from the Palestinian people.

No one brought up that Europeans who committed the Holocaust have not borne the cost of that monstrous crime against humanity, but rather the innocent Palestinians have.

The fact is that by about 1300AD, there were virtually no Jews in Palestine. And, yes, there was a Palestine — a recognised geographical concept, coins with “Filistin” written on them, diaries of Palestinian travelers who said they missed "Palestine", and a distinctive Palestinian dialect of Arabic. The people who lived there were almost all Christians and Muslims, 1300-1850. My recollection is that the French found about 3,000 Jews there in 1799 when Bonaparte invaded, when the general population must have been around 200,000. 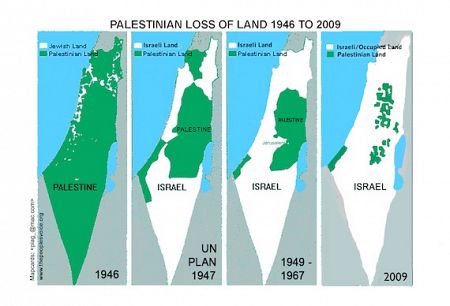 No one brought up that the Palestinians are the largest stateless group in the world, lacking basic human rights and lacking rights of citizenship. Their private property is daily and brazenly stolen from them by Jewish squatters coming over into Palestine from Israel proper. This grand larceny on a cosmic scale is secretly encouraged and sometimes even funded by the Israeli government. Militant armed settlers have murdered dozens of Palestinians and routinely commit sabotage against their olive orchards and crops.

Israeli propaganda depicts Palestinians as violent, but Israelis killed nearly 7,000 Palestinians 2000-2014, whereas Palestinians in that period were responsible for about 1,000 Jewish deaths. Given what is being done to the Palestinians by the far rightwing squatters, they have reacted with amazing forbearance and peacefulness.

The only resolution of the conflict is for Palestinians to attain the rights of citizenship in a state and the right firmly to own property and to control their land, air and water.

Israeli Prime Minister Benjamin Netanyahu has pledged that the Palestinians will have no such rights as along as he is prime minister.

So what is Trump going to do about this human rights travesty? Here is what he said last Wednesday during Netanyahu's visit to the United States.

As far as settlements, I’d like to see you hold back on settlements for a little bit. We’ll work something out but I would like to see a deal be made, I think a deal will be made. I know that every president would like to — most of them have not started till late because they never thought it was possible and it was impossible because they didn’t do it, but Bibi and I’ve known each other a long time.

Smart man, great negotiator, and I think we’re going to make a deal. It might be a bigger and better deal than people in this room even understand. That’s a possibility so let’s see what we do.

As I suspected, Trump statement wasn't coordinated. He just said first thing that popped into his head. https://t.co/Ln3M2nZoXd

Then a journalist posed a question:

"Thank you very much. Mr President, in your vision for the new Middle East peace, are you ready to give up of the notion of two-state solution that was adopted by previous administration? And will you be willing to hear different ideas from the prime ministers as some of his partners are asking him to do, for example, annexation of parts of the West Bank and unrestricted settlement constructions? . . . And Mr Prime Minister, did you come here tonight to tell Mr. — the president that you’re backing off the two-state solution? Thank you."

"So, I’m looking at two-state and one-state and I like the one that both parties like. I’m very happy with the one that both parties like. I can live with either one. I thought for a while the two-state looked like it may be the easier of the two but honestly, if Bibi and if the Palestinians — if Israel and the Palestinians are happy, I’m happy with the one they like the best."

We know that Netanyahu, who has boasted about destroying the Oslo Peace accords and has pledged no Palestinian state, does not actually want a two-state solution.

But Netanyahu does not want a one-state solution in the sense of having to give Palestinians citizenship rights in Israel.

He wants a continuation and expansion of the status quo, with the Palestinians under the Israeli jackboot, helpless and stateless. So for Palestinians, this is a "no-state solution". That is, Netanyahu wants apartheid. Just as the white nationalists of South Africa took citizenship rights away from the Black African majority and tried to consign them to artificial Bantustans, so Netanyahu wants to keep Palestinians in Bantustans.

What Trump was really offering was some polite fiction where the Palestinians could be parcelled out to Jordan, Egypt and Israel itself, even as they remain stateless, and economic investments would seek to depoliticize them and improve their per capita GDP. The white nationalists in South Africa tried something like that with their Black African population. It didn’t last.

In other words, it would be apartheid, but an attempt would be made to implicate Egypt and Jordan in it. I predict failure in that regard. 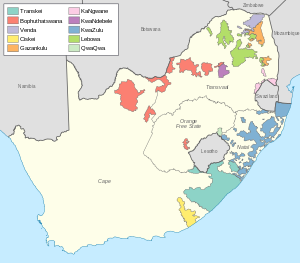 Later on, the Israeli Prime minister said this:

“I told you what are the conditions that I believe are necessary for an agreement. It’s the recognition of the Jewish state and Israel’s ... Israel’s security control of the entire area. Otherwise, we’re just fantasising. Otherwise, we’ll get another failed state, another terrorist Islamist dictatorship that will not work for peace, but work to destroy us, but also destroy any hope for a peaceful future for our people.”

So there you have it. Netanyahu insists on Israeli security control of neighboring Palestine, insists that the Palestinians be kept stateless, and even goes so far in typically racist fashion to allege that Palestinians are congenitally incapable of erecting a state.

And since Trump seems to believe whatever the last person he talked to alleged, likely Netanyahu will win out.

This article was first published on Informed Comment. Professor Juan Cole is an American history academic, commentator on the modern Middle East and South Asia and former editor of the International Journal of Middle East Studies. You can also follow Juan on Twitter @jricole.

Australia's Foreign Minister Julie Bishop MP: "What we need is for the Palestinians to recognize that the state... https://t.co/sQq4Tpl1P3