The framing of Donald Trump's far-Right ideology as legitimate has led to tragic stupidity like Ricky Shiffer's ill-fated attack on the FBI. Yet people continue falling for "Don the Con", writes Dr Alex Vickery-Howe.

As the U.S. midterms approach, Trumpkinism or alt-fascism, or diet Nazism – or whatever you want to call the Make America Great Again (MAGA) menace – is still a surviving political force, albeit a completely absurd one.

I’ve been criticised for framing this ideology as stupid, which can read as a glib response to a layered situation. But I would argue that it’s actually very important to use the word "stupid" and to use it often, use it loudly, and use it relentlessly.

Why? Well, firstly, because it’s true. 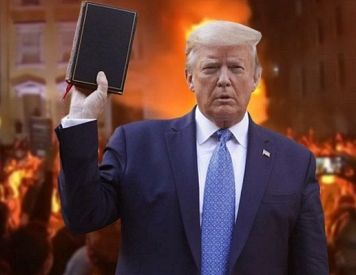 Not all women feel the same, think the same and want the same for the former, but not forgotten, President Donald J. Trump.

A political movement that follows a failed businessman with a leaden string of lawsuits, bankruptcies, a fraudulent charity and a sham university among the many lowlights of his dodgy résumé is – objectively – stupid as hell.

It’s Eric Trump stupid. Sure, some people enjoyed the old reality TV show but to mistake it for a documentary, to imagine a camp-escapist fantasy like The Apprentice could be an accurate depiction of the disastrous Trump enterprise, was – wait for it – really, really, damningly stupid.

But that’s not the main reason. The main reason using the word stupid is so important is that framing this ideology as legitimate leads to tragedy. We saw that in Charlottesville, we saw that in Kenosha and we saw it recently with Ricky Shiffer and his ill-fated attack on the FBI.

Not much has been publicly released about Shiffer — the Trump supporter who was active on social media having been provoked by the raid on Trump’s Florida resort and who earnestly believed he was "proposing war" as a legitimate and rational response.

We do know, however, that he was completely taken in by Don the Con. He wasn’t legitimate or rational and he certainly wasn’t prepared.

An alleged posting from Shiffer detailed how his method for breaching bulletproof glass was – much like his posts leading up to the event – heartbreakingly naïve. He was subsequently pursued and shot dead.

Here is where the word "stupid" must be paired squarely with the ideology and the word "tragedy" belongs to those who are seduced by it.

This makes him a tragic figure. Much as the ideology is so very stupid, many of the people who follow it are underprivileged in the extreme. This is a story of a grifter taking advantage of a pre-existing condition.

America has been hobbled by social problems for decades, with an abysmal approach to healthcare, a widening gap between rich and poor, a loss of trust in public institutions and an education system that is well below standard. And guns. Guns are never helpful.

Much as we would like to blame Trump for this chaos (much as the bloated perv would love to take all the credit), many of the events of the past six years are a symptom of systemic social disadvantage — him, a parasite preying on the poorly educated, on the economically resentful and on all the fears and prejudices that come when large areas of a country are left to rust.

Ricky Shiffer cannot justly be called a victim, but he was a huckster’s mark. He died for what he should never have believed in.

Hadi Matar is the man accused of stabbing Salman Rushdie.

He hasn’t really explained why he did it. According to Matar's own statements, he had only read a few pages of The Satanic Verses and didn’t really know much about Rushdie or his work. All he knew is that an ideology he believed in – it seems, without question or critical thought – was threatened by a man he doesn’t like "very much”. 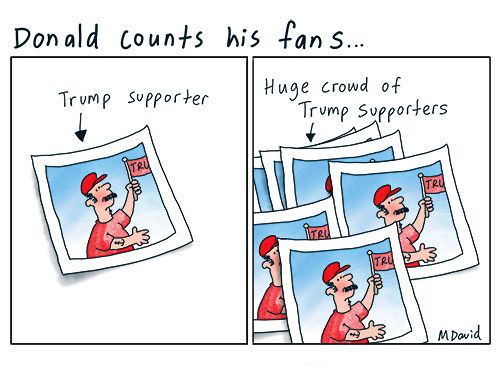 Whether misguided Trump supporters, Salman Rushdie, or the 'belligerati', we must be willing to exchange strong words — but words alone – for true freedom of speech.

As with Shiffer’s impulsive decision to shoot at FBI agents in retaliation for a legal property search, Matar’s assault on free speech was perhaps motivated by a general sense that his team was being treated unfairly. His own mother has rejected this childish reasoning.

I’ve paired these two news stories previously in Independent Australia when I discussed the major news events of early August and the emergence of a new belligerati.

Some have questioned why I took that approach. What does the Trumpkin movement have in common with fundamentalist Islam?

It’s not a hard question to answer: any ideology that demands unequivocal loyalty from its followers; the violent silencing of critics, the rejection of empirical evidence and the partisan blindness of a sporting team is toxic. There is no denying that. It doesn’t mean that all who follow Islam are to be blamed — any more than every Christian should be blamed for the evangelical Christo-fascist politics of the contemporary Republican party.

These are clear distinctions that every rational human being can make. On the level of poisonous orthodoxy and tragic devotion, however, the Ricky Shiffer story and the Hadi Matar story are not so different.

Both gave themselves over to a belief system at the expense of their dignity, their individuality and their liberty. Both will be defined forever by their hateful actions in service of a bad idea. Ricky died for his bad idea; Hadi’s bad idea will make him a prisoner and a pariah for the rest of his natural life.

And what does a bad idea give back? The comparison between these two terrorists is most striking when one looks at the response of their own contemporaries — their own teams.

Republican leaders have rejected Ricky Shiffer. It’s the classic "he was a coffee boy" defence from those who fed him combustible rhetoric.

From Senator for Texas Ted Cruz – the coward who abandoned his state and his dog in a time of crisis – to the Beavis and Butt-Head duo of high school dropout Lauren Boebert and professional "cry bully" Marjorie Taylor Greene, Republican hatemongers lined up to tell conservative voters (many of them tragically earnest like Ricky) that the FBI would come after them too — because, apparently, the average American family was at risk of being raided for stealing classified documents. That’s logical.

In the wake of what Ricky did, none have owned up to their part in making an extremist. Some on the fringes even claim that it was (anti-fascists) "Antifa" or a "false flag" operation, which is getting awfully tired now but somehow still works on the credulous and the committed.

Ricky died so that the people he died for could reject, diminish and disown him. He died only to be branded a loser and a traitor by the very fanatics who inspired his attack. He died a coffee boy.

Hadi, meanwhile, has received a tepid response to his public display of fealty. There are some "leaders" who have praised him for stabbing a defenceless old man, but for the most part, there has been cacophonous silence.

The Satanic Verses is a bestseller again and it is Rushdie’s message of good humour and defiant free speech that has resonated around the globe, not the desperate politics of fear and hatred. Cruelty may get you a temporary seat in the White House, but it cannot make you a martyr and it cannot make you a hero. 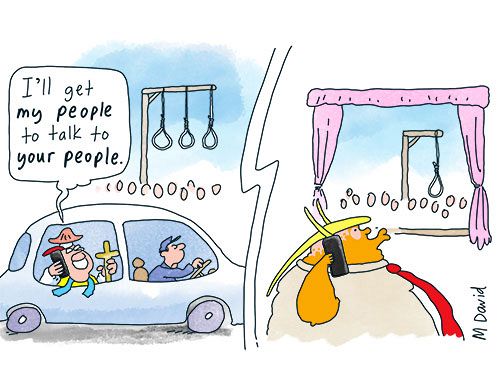 While Australia watches the U.S. deal with its flawed democracy, it's important to remember that we have a history of partisan chest-beating with violent consequences.

Now I’m going to get a little Pollyanna...

The root cause of toxic ideology is a fanbase willing to follow. That fanbase evaporates when core needs are met: an education, a reliable job, a roof over every head, potential for growth and opportunities on the horizon.

The reason why the red spectre is still a go-to bogeyman for sleazy politicians in 2022 is that the promise of free-market capitalism has not been fulfilled — people are being left behind and they feel it, viscerally, even if they don’t understand how or why, or who is rightly to blame.

They latch on to anyone who claims to have their best interests at heart, anyone who pretends to care.

They accept easy targets like "foreigners" or "libcucks" or "soy boys" and digestible slogans like "build the wall" and "drain the swamp" because they don’t have anything else – they haven’t been offered anything else – to latch onto.

The cure for religious fundamentalism? Access to quality education. The cure for bitter resentment? Affordable housing, free healthcare and a job that isn’t going to lead to asbestosis. If Trumpkins have been duped into opposing these things – if they label them as "commie policies" or "big government" – and if they insist on being Trumpkins even after the witch is dead, it’s because, emotionally, they don’t see the possibility of a life that is actually fair. That’s not on them.

Our weird August is over. Rushdie is recovering. Trump is whining to anyone who’ll still listen. The American midterms will be upon us soon. Here in Australia, an inquiry has been called into the "faceless men" and their many-faced god.

Now is the time to welcome better ideas. Now is the time to leave mendacity, hypocrisy and – yes, I’m still saying it – stupidity behind. If we can learn anything from this August, it’s that bad ideas have passed their use-by date.