With his Government in chaos over banning the burqa and a litany of other woes confronting him, unremittently unpopular Prime Minister Tony Abbott is in deep trouble, writes Bob Ellis.

SPEAKER BRONWYN BISHOP, who supported apartheid, may not back down on the burqa as quickly as Abbott wants.

Nor will she resign as readily as the nation might hope when her Leader asks her to.

She may take the view that she is accountable only to Parliament and hold her position, amid widening derision, until it sits.

This will bring into question all of Brandis’s ‘national security’ legislation — especially that part which imprisons for ten years journalists who, like Andrew Wilkie, reveal government stupidity.

Stupidity as stupid as this.

Is Abbott himself now in trouble? I think he is.

He is taking us into a war of which he allowed no parliamentary discussion.

He spoke of ‘Team Australia’ yet allowed a ‘sin bin’ as ludicrous as this, and he may not be able to cancel it until Parliament overthrows his defiant, unfair, tyrannous and, some would say, ratbag Speaker.

His competence, always in question (Costello predicted he would be a disaster), is now shown to be, well, further in question. He dare not move his ministry round, so low is his support in Cabinet.

And he can’t get his Budget through.

He may limp on till December 1, but then, when next Victorian Premier Daniel Andrews’ huge majority is known, he may have to consider his position — and Malcolm Turnbull his.

And so it will go.

http://t.co/JvAOWEqFgH via @smh oh dear Trouble in the ranks?

Essential reading from Waleed Aly in today's @theage about what's really going on with the 'burqa' segregation push http://t.co/eBkqbr6b6v 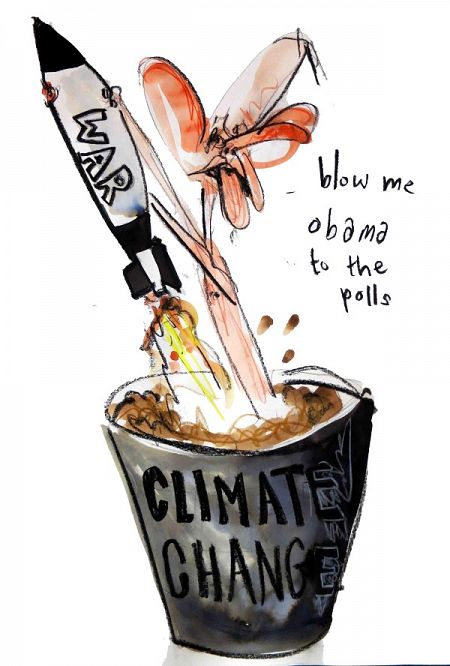 Buy John Graham originals, including the above from IA's online store.