The Australian political spin machine has gone into overdrive with the announcement of the Federal election a few weeks ago, but what would normally be a battle of policy and party politics has been turned into a mere popularity contest writes Matt Tewhatu. 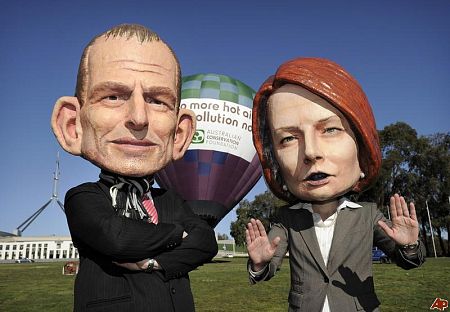 LAST MONTH, Prime Minister Julia Gillard announced that the Federal election would be held on the September 14 and while this has  exposed the public to a 7 month long election campaign, it has also caused a number of cogs to turn within the Australian political shadows. Suddenly, whispers of leadership challenges are circling, scandals are surfacing and poll after poll is being churned out to the public — and this is even before the Opposition Leader has had a chance to lay down anything resembling a policy. With that being said, there are a number of features currently underpinning Australian politics and the upcoming Federal election.

The importance of being Rudd

Ending up on the backbench after an unsuccessful leadership challenge, the political stocks of former Prime Minister Kevin Rudd have continued to rise in Queensland since the Campbell Newman-led LNP Government ran a scythe through the public service, terminating up to 14,000 jobs in vital health and emergency services. This show of cost-cutting has perhaps given a glimpse of what a conservative government would do to the Australian economy and has landed a big blow to Liberal’s chances of being elected. His popularity in Queensland and his ability to attract other popular votes around the country means that he is the single most important man to Labor’s re-election cause. It is hard to imagine Labor winning re-election with Mr Rudd sitting on the backbench.

The Obeid and Thomson Scandals

These scandals have done nothing to improve the image of the incumbent Labor minority Government, however if they can hold together a solid seven-months of scandal-free campaigning (with the help of Tony Blair’s former media advisor John McTernan), there’s the possibility that they can reign in the large advantage they have surrendered to the Coalition. The glossing over ‒ more so the distancing of the Labor Government from these scandals ‒ have gone some way to repairing the damage done, but the united ‘together’ image presented to the public by the Liberal Government has seemingly taken advantage of these scandals

Until now, the Abbott-led Coalition has been able to sit back and watch Labor’s factions continually damage the government’s capacity to lead the country, however now the election has been called, it’s accurate to suggest that the Liberals will face a healthier, more united adversary leading in to September 14. Poll after poll has pointed to a strong lead to the Liberal Party, however there is one weak link that the polls have failed to wholly accommodate for and that is the gaffe-ridden Liberal leader Tony Abbott and the propensity for his foibles to cost the Liberal Party the Federal election. Labor’s depiction of Abbott as a woman hating career-politician completely devoid of compassion during the second half of 2012 have taken a toll on his public image, but it’s hard to know whether the public approval of Tony Abbott as the next prime minister is because of the qualities he possesses or whether they are so strongly against Julia Gillard being re-elected to office.

So far, Tony Abbott has failed to outline any specific policies but, to date this has arguably not damaged Liberals chances for election because of such an under performing government. Since the middle of 2012 however, Labor have been able to present a more ‘united’ front with the help of Tony Blair’s former media adviser John McTernan and with 7 months until the public go to the polling booths, it’s accurate to suggest that Abbott really needs to announce some rock solid policies, complete with costings in order to display his competency for the top job. 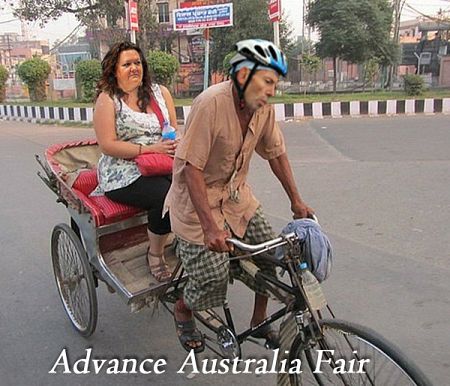 The one fascinating oddity of this upcoming election is that there are a number of different people within each party capable of leading their respective parties. Recent polls suggest that Malcolm Turnbull and Kevin Rudd are more popular in the public eye than their current party leaders, which is a strange situation given that both members were leaders of their respective parties at the same time (Rudd from 2006 to 2010; Turnbull from 2007 to 2009) and were overthrown by their own parties.

There are some worrying signs that the current Labor Government are too entrenched in their union base and this would be one reason why Labor will struggle to make up any ground on Liberal in the polls. Such political ‘actors’ like Paul Howes (the man who is said to have orchestrated the Gillard overthrow from Rudd) are doing the Labor party no favours at events by making themselves even more present on the media landscape than they already need to be (referring to the speech at the AWU conference earlier this week). By making themselves seen and heard, it gives the public the idea they aren’t electing the people they believe they are voting for.

For Liberals, it’s simple: their commitment to looking after the issues of superannuation, “stopping the boats” and removing the MRRT and the Carbon Tax is getting them votes among the public, but their inability to offer any specific policy or costings is stopping them from completely capitalising on Labor’s fractured leadership.

There’s no question that the incumbent Labor Government have experienced a very tumultuous (at best) last two years, and with recent poll results indicating a landslide Liberal election win, it almost seems to be a foregone conclusion that Australia will be ending the year with a conservative government. Abbott’s failure to prove his competency for the top job, however, has kept Labor in the election race and with a little over 200 days til the public hit the polling booths, the only thing one can be sure of at this time is that there are still twists and turns to come in the theatre that is Australian politics.

UPDATE: 10 March 2012, 8.30am - In a previous version we said Alistair Campbell was Julia Gillard's media adviser. This role is filled – famously, of course – by another Scot — John McTernan. We have now corrected this mistake and apologise for any confusion.

10 March 2013, 10:32pm The Australian political spin machine has gone into overdrive with the announcement ...
Join the conversation
comments powered by Disqus
News updates