In a speech given in Tasmania this week, Tony Abbott says Australia's old growth forests are open for business — the logging business. The following is an extract.

Julie, I want to thank you very much indeed for that kind introduction. It's nice to have a list of things recounted to an appreciative audience ― it really is nice.

I didn't become a craftsman, but I did learn to appreciate the value of timber and the importance of working with one's hands.

Man and the environment are meant for each other. The last thing we do – the last thing we should want – if we want to genuinely improve our environment is to want to ban men and women from enjoying it, is to ban men and women from making the most of it and that's what you do. You intelligently make the most of the good things that God has given us.

When I say that Australia is not only open for business, but it is under new management, I mean that the people in charge in Canberra – here – value what the forestry industry does and it would be quite a long time since you've experienced that in Canberra.

I hope that you will be the beneficiaries of the general economic policies that the Coalition is putting into practice.

I'm delighted to see a number of Labor Members of Parliament in the audience tonight – I see Joel Fitzgibbon. I see Brendan O'Connor. I think Senator Kim Carr is here in the audience. It's good to see some Labor Members who aren't embarrassed at coming to a dinner with foresters! Give them the applause they deserve.

Coalition Members – too numerous to mention – all of you, because this is a Coalition. This is a Liberal/National Coalition that values what you do and wants you to be able to make the most of your life.

We don't support, as a Government and as a Coalition, further lockouts of our forests. We just don't support it.

Now I'm all in favour of protecting pristine wilderness in proportion ― I am all in favour of that. But why should we lock up, as some kind of world heritage sanctuary, country which has been logged, degraded or planted for timber? Why should we do that? Frankly, when this Government comes across examples of actions which are contrary to common sense, we do our best to reverse them. That's what we do – we try to ensure that government does not do that which is contrary to common sense. 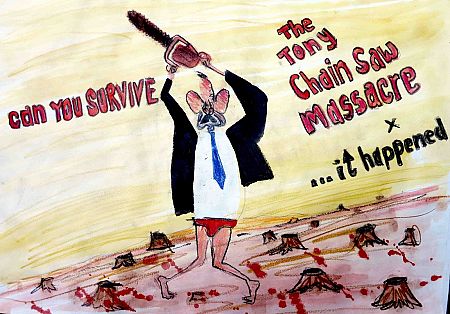 I don't buy the Green ideology which has done so much damage to our country over the last couple of decades and I'm pleased to see that there are some sensible Labor Party people who don't buy it either. I know they're a minority inside their own Party, but I applaud those who don't buy the Green ideology. You only have to look – and I see Joel smiling – probably the influence of Madam Speaker sitting next to you. I know you want to stay here Joel, not to be expelled.

But the Green ideology has done so much damage to Tasmania.

For the last four years it's had a government which was Green dominated, even though prior to that election, the leader of the government said that it would never happen – well, sadly it did happen. The deal with the devil that was never going to happen did happen and I say, the only way to ensure that this Green ideology which has done so much damage to Tasmania and more recently done so much damage to our country, is expunged, is not just to change the government in Canberra but to change the government in Hobart as well.

I promised my great friend that I was not going to make a party political speech tonight and I said nothing about the ALP here in Canberra at this present time, because I know people like Joel are doing their best to ensure the best values of the Labor Party are once more appreciated and respected.

The forestry industry of this country has done great things for this building and may it do great things for so many more buildings in our country and around the world in the years and the decades to come.

This is an extract from a speech given by Prime Minister Tony Abbott to the Australian Forest Products Association on 4 March 2014. Read the full speech here. 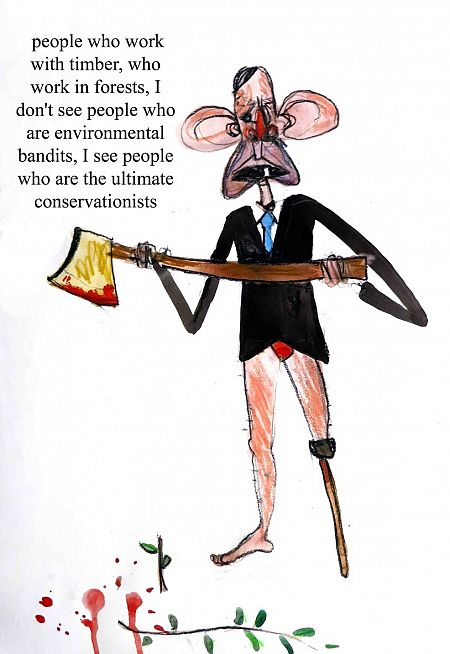