Tony Abbott, the NDH and the Liberal Party's fascist affair

Why did Liberal MP Craig Kelly give a speech at a function celebrating the creation of a Croatian fascist state on behalf of PM Tony Abbott? Dr Binoy Kampmark looks at the uncomfortably close links between the NSW Liberal right and European neo-Nazi extremists.

THE OCCASION WAS A SPEECH given by Craig Kelly MHR, a representative of Prime Minister Tony Abbott.

Being in Japan, Abbott had delegated the task of congratulating members of the Australian Croatian community in Sydney on Croatian independence attained in 10 April.

This was more than a bit awkward, given that April 10 was the date of the establishment of the Independent State of Croatia (NDH) after the Kingdom of Yugoslavia ceased to exist under Axis rule in 1941. If ever you wanted to back some unsavoury company, you couldn’t do much better than officials and sympathisers of the NDH.

It has led to an international incident, with Croatia summoning the Australian ambassador yesterday for an explanation.

Speaking at the Croatian Club in Sydney on April 13, Kelly’s words were noted in the Australian Croatian weekly Boca KroPres:

“On behalf of the Prime Minister, who is in Japan, I’m conveying his greetings and good wishes on the occasion of the celebration of the 10th of April to you and all Croats in Australia, and those in Croatia.”

The report also notes the presence of 200 Croats, various Australian politicians and a Ukrainian diplomat.

The NDH’s brief but bloody existence as an annex of Axis power, overseen by Poglavnik Ante Pavelić, saw the deaths of some 800,000 Yugoslavian subjects.

Figures to this day remain conservatively patchy, but an estimate suggests that 750,000 Serbs, 60,000 Jews and 26,000 Roma perished. A good portion of the victims, just under a third, perished in the lethally efficient death camp of Jasenovać, described by the Juretić Report of 1942 as 'a real slaughterhouse', which exceeded anything the Soviet or Nazi services had inflicted.

Some of the Axis sponsors came to regret their sponsorship — the savagery of the NDH’s actions proved so extreme, efforts had to be made to restrain their blood lust.

What, then, of Abbott’s curious move?

The thesis on his school boy ignorance may seem plausible at first blush — one violent movement for independence looks much like any other in the optics of Australian politics, especially waged in the Balkans. However, this view should not be wholeheartedly embraced — Australian politicians have shown a weakness of turning up to April 10 gatherings, providing that awkward, sometimes unwitting, endorsement for the NDH.

In April 2007, the Australian Jewish News noted the anger of Jewish and Croatian officials at the attendance by John Howard’s Communications Minister Helen Coonan, Liberal Senator Concetta Fierravanti-Wells and NSW Upper House MP David Clarke at a commemoration of the April 10 date:

'The Howard Government has been embarrassed by the appearance of a cabinet minister at a Croatian independence function linked to a murderous neo-Nazi regime.'

Anti-racism campaigner Cam Smith let Coonan and Fierravanti-Wells off the hook in his Crikey (Apr 27, 2007) contribution, saying their attendance must have been done in bumbling ignorance.

Not so for Clarke, however, who had been involved since the 1970s with elements connected with Ustaše sympathisers. He had been caught out in 2005 celebrating the same date with similar company, although on that occasion he “feigned surprise”.

Useful idiocy can be a stock defence.

Which brings us, rather pertinently, to the right wing heavies who populated, as they still do, a faction of the Liberal Party Abbott is well versed with. The “Uglies” was a term minted for a right faction in a part of the NSW Liberal Party which featured the machinations of various rightists.

During the 1950s, the “open church” that was to characterise Liberal Party politics involved the addition of various European Nazi collaborators and those suspected of war crimes. Some scholars have tried to distinguish the idea of “extreme right” and “extremist right”, but that was more a matter of form than substance.

The “Uglies” – now fashioned as the “Talibans” – were characterised by the work of such individuals as the late Lyenko Urbančič, a power-broker who spent time operating as a Nazi propagandist for the Slovenian quisling administration of Leon Rupnik during the last half of World War II. He escaped the noose – almost certain execution in Tito’s Yugoslavian government and any government in the west – finding himself, instead, on a selected list of individuals for Australia which, in Mark Aarons’ words “bleached” his record.

It was in Sydney’s inner west, notably the Liberal Party’s Five Dock branch, and Waverley, where his rightist influence developed.

As Aarons notes, in the 1960s, as president of the Kings Cross Liberal Party branch and operator of the 50 Club in Darlinghurst, he facilitated meetings between Australian rightists and eastern European fascists. From there, he became a supremo of branch stacking in Sydney’s inner-wester, eastern, outer-north-western and south-western suburbs.

Abbott had himself a long involvement, as the sitting member for Warringah, in the Liberal right.

His role with the Mainstream Committee of his party in Sydney in the 1990s signalled a pressing desire to quash moderate elements of the party, notionally termed The Group.

Given Urbančič’s leveraging behind the closed doors of the party, Abbott’s links with “bleached” fascists must have proven enlightening.

Australia’s relationship with Yugoslavia during the Cold War, notably over anti-Communists, was a prickly one. It is unlikely that Abbott was oblivious its tumult.

The Canberra Times noted on 6 September 1963, the Yugoslav Interior Ministry arrested nine accused men who 'had been paid by Croatian organisations in Australia and Europe' for undertaking 'terrorist activity' in Yugoslavia. They had crossed into the state illegally with explosives, detonators, transistor radios, pistols, daggers and maps.

The Australian segment of the crew had been trained at Queen Street, Wollahra in Sydney, after being recruited by such ostensibly charitable societies as the Croatian Home and Australia-Croatia society.

Prime Minister Robert Menzies retorted by celebrating heroic anti-Communist acts, while others simply treated it as an “internal” matter between Yugoslav citizens. Prominent Melbourne Croatian personality, Rev. Fr. Josip Kasić, preferred a different label — the captured nine were “patriots” who would most likely be shot.[1] 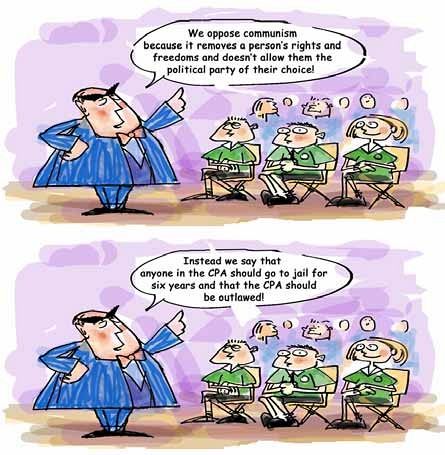 As Denis Freney notes, individual groups such as the HNO (Croatian National Resistance), represented by Nikola Štedul in Australia between 1966-1971, were connected with an assortment of bombings in Australia and Europe.[2] The cabinet papers of the McMahon period show that, between 1970 and 1972, there were some 60 terrorist attacks in Australia alone — many attributed to Balkans related activity. One of the most prominent attacks took place against the Yugoslav General Trade Agency in Sydney in 1972.

The reaction by the Liberal governments of the day was tepid, even dithering. The succeeding Labor Government of Gough Whitlam proved overly zealous in attempting to root out Croatian nationalists.

No one demonstrated this more than the Labor Attorney-General Lionel Murphy, who instigated searches of various Croatians suspected of keeping weaponry in addition to the infamous raid on ASIO’s offices.[3]

What tends to be ignored in the ASIO raid debacle of March 1973 was that Murphy was clearing the ground for the visit by Yugoslavian Prime Minister Džemal Bijedić on invitation from then Deputy Prime Minister Jack McEwen. Given ASIO’s lacklustre record against Croatian militant activity – unsurprising given the presence of individuals such as Srećko Rover on its payroll – Murphy’s distrust got the better of him.

The political spread of the Balkans has a habit of addling the brain, with its murky, bloodied intersects, mismatched loyalties and tribal divergences. History, not being the strong suit of Australia’s elected officials, tends to get garbled along the way at the best of times.

But it would be a sad state of affairs to find that the current prime minister of Australia has taken a commemorative line, however lightly, that has been repudiated by Croatia’s current leadership.

Celebrating the founding date of a fascist state sits uncomfortably with the pretences of a liberal democratic society.

And few have even bothered to mention it.

Read also: 'The Uglies faction and our anti-Commo history', by John Ward.

[3] Vesna Drapac, “Popular Perceptions of Croatian Immigrants,” in James Jupp, ed., The Australian People: An Encyclopaedia of the Nation, Its People and Their Origins (Cambridge: Cambridge University Press, 2001), 248. 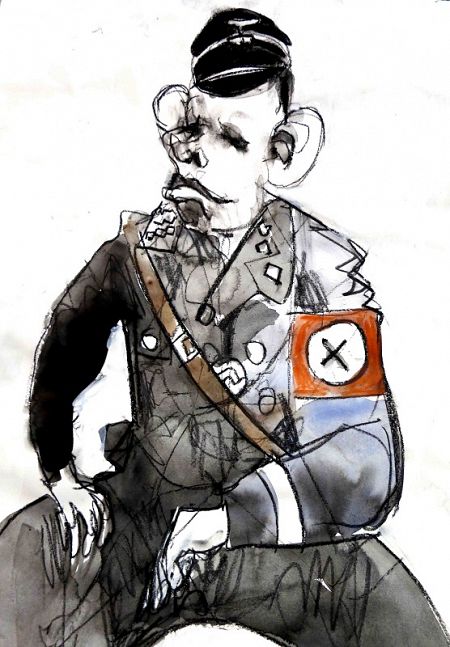