For those sitting on evidence relating to Kathy Jackson and her faction, the time has come to ‘fess up and share your knowledge with the Commission. Peter Wicks from Wixxyleaks reports.

Anyone who has ever spent time in prison will tell you that it isn't a pleasant place.

Ask anyone who has ever fought the great legal fight to stay out of prison or save themselves from civil claims and they’ll tell you there are two things long legal battles ain't:

They ain't fun, and they certainly ain't cheap.

Our jails and bankruptcy courts are full of people with the same old sad story that starts with "well in hindsight..."

There will always be those who discover the hard way that they aren't smarter than the police or the courts.

There are others who align themselves with people in powerful positions for protection and discover the hard way that people in positions of power will not only cease protecting, but run a mile if their turf is threatened. 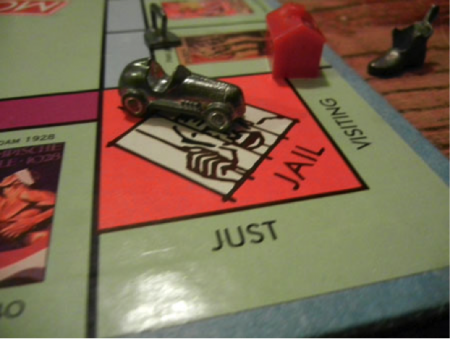 Is that meant to be a red MG?

Last week, the Trade Union Royal Commission announced that any evidence involving the Health Services Union must be submitted by the 13th August,

This leaves people with seven working days to provide documentation or statements.

There will be some reading this who may have evidence that could incriminate them in a minor way but would have far graver implications for those higher up the union food chain.

This may involve sitting on financial documents, emails, the minutes of Branch Committee of Management (BCOM) meetings, or it could be just knowledge that could be put into a statement.

For those sitting on evidence relating to Kathy Jackson and her faction, the time has come to ‘fess up and share your knowledge with the Commission.

There is no doubt there are members of Jackson's BCOM that are exposed.

Some examples would be:

In fact all of the BCOMs are exposed as they were the ones who signed off on Jackson's spending —  conservatively estimated at  over $1.7 million. This figure does not even include the Rob Elliot contract, increasing the total to well over $2 million.

There are others whom I won't name who may rely on Jeff Jackson for child support. There are others out there who may be able to supply information regarding allegations of destroying documents or the storage of documents.

I know who these people are so it's a fair bet the Police do too. 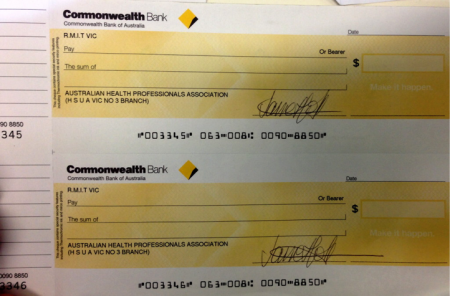 It was reported on Sky News last week that the NSW Fraud Squad is investigating allegations into Jackson and that would indicate that the investigations are once again underway in Victoria. I'm confident that Sky were reporting correctly as I saw a member of the fraud squad myself entering the Royal Commissions offices and even spoke with him as he left before the proceedings started.

Kathy Jackson has already shown how she is only too willing to throw others under the bus by repeatedly shifting blame onto her BCOM regarding authorisation and also by dumping ex-hubby, Jeff, in it by laying Neranto #10 payments completely at his feet.

If there was any doubt in anyone's mind regarding this, they only need to read this linked post from Jackson's seemingly only public supporter with even her fiancée Michael Lawler not showing up to support her at Commission. This post clearly shows that one of those giving her advice seems to be starting to point the finger of blame at the BCOM.

If I were sitting on any information, I would be contacting the Royal Commission ASAP via the contact details linked here. 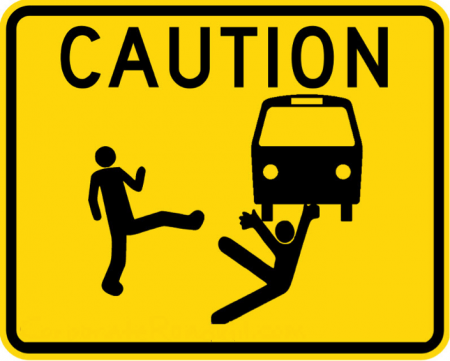 Speaking of Michael Smith, he seems to be quietly tippy-toeing away from Jackson in the face of mounting criticism and mockery of his position on the matter.

Smith, who has preached Jackson's innocence, integrity, bravery and honesty for years at every available opportunity, now says he suddenly has several doubts, but is standing by her because she is a friend.

To me, this is an admission that he is willing to deceive his readership if it helps out a friend. If I were a reader of his, I would not appreciate being treated for a fool and would take everything he says and writes with several gigantic grains of salt from now on.

In a desperate attempt to distract attention away from Jackson, Smith is now resorting to having the story revolve around him in the right-wing media — and even foolishly having a shot at Craig Thomson.

I say foolishly because the joke involved an ATM with a thing called UnionPay, which is a type of card. The joke was obvious but foolish because Thomson is fighting charges against him for less than $28,000 of credit card expenditure, whilst Jackson has over $1 million dollars of credit card expenditure to explain — more than 35 times the amount of Thomson, and that's just the credit cards. There is a saying about stones and glass houses...

Needless to say, the comment didn't pass muster on Smith’s site who does not allow conflicting opinions to be published as I or many others do.

Remember this is a guy that wants greater freedom of speech!

Whatever your thoughts on Smith and what is left of his credibility, it is painfully clear that Kathy Jackson is in a world of trouble already and she hasn't even faced cross-examination yet.

For anyone thinking of saving themselves rather than going down with her, I can only suggest you do something now.

After all, time is running out.

Catch up on the full saga on our Jacksonville page. You can follow Peter Wicks on Twitter @madwixxy 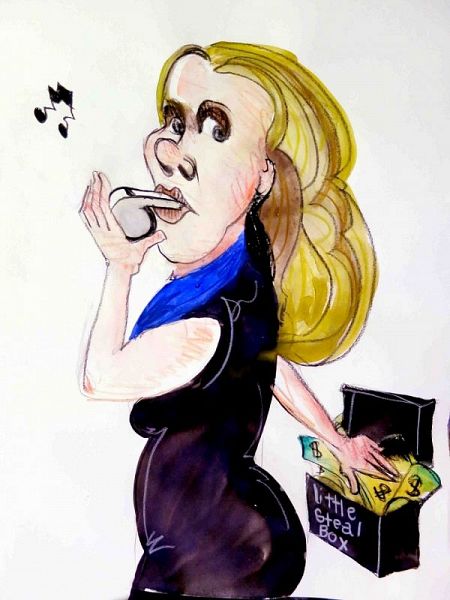