The pillorying of Peter Slipper

The pillorying and persecution of Peter Slipper has now descended to the AFP charging him with an obscure law about crossing state borders in taxis — something no-one knew about, least of all him. Bob Ellis comments on what has now become, officially, a farce. 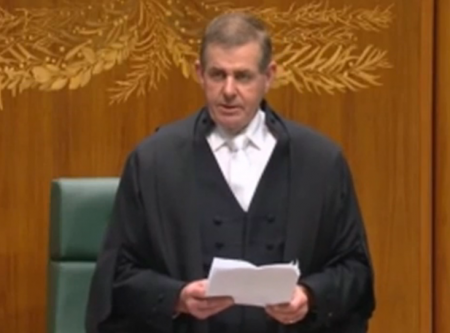 SO, THE PILLORYING of Peter Slipper and the humiliation of his family and the ruin of his career and the trashing of his posterity comes down, in the end, it seems, to the wrongful use in evidence of three words – ‘cunts in brine’ – in a private letter to a false friend, and three trips beyond the borders of the ACT in cabs in breach of a law about which, it seems, he was ignorant, and his drivers were too, and for which he may be fined nine hundred dollars — a sum I am sure he will gladly pay.

That's right, it does not relate to the James Ashby cabcharge allegations, which he later withdrew from his claims, in any way whatsoever — despite widespread misreporting.

This looks very much to me like a conspiracy to pervert the course of justice and seize government by unfair means, and reason for Ashby, Brough and Pyne to go to gaol — not Slipper.

I ask any lawyer to pronounce on this.