A trolley load of books, chapters and treatises have been written on the subject of sovereignty. Usually, the concept entails control and power, the latter a corollary of the former. In international law, sovereignty finds some form of expression in the Montevideo Convention of 1933 but can hardly be seen as exhaustive.

In truth, the concept is a fruit salad and medley, an “organised hypocrisy”, as Stephen D. Krasner describes it.

All of this leaves some room for the pantomime element sovereignty might allow: the eccentric who declares his own principality; the refusenik determined to avoid the taxing authorities; the clerical error that might spawn a new creation. That such entities are permitted to exist, however, lies in an enduring conceit.  No army in modern times – barring, exception – is going to expend its resources against daft declarations of sovereignty over randomly picked stretches of land.

The problem lies, however, in the risks, or lack of them, such declarations pose to the central authorities.

An exceedingly colourful personality, streaked with lunacy, is probably key to this. Take Louis Marinelli, a figure long associated with efforts to make California secede from the United States. Following the 2016 U.S. Election, Marinelli decided to open a foreign embassy in Moscow to represent the Independent Republic of California.

The embassy shares the same office building with the Russian Anti-Globalization movement, which has also thrown in a measure of support.

In creating the centre, Marinelli acknowledged its limitations. It served no “diplomatic function” at the time and Russians wishing to travel to California had to go through the U.S. Embassy.  But he dared dream of independence. “That notion is embedded in the very question we intend to put before the voters: ‘Should California become a free, sovereign, and independent country," he said. This remains, to put it mildly, a work in progress. 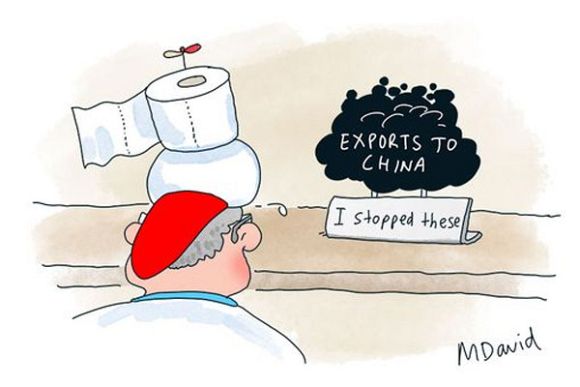 Projections on Australia’s future are bleak if it maintains its hostility to China and cloying dependence on America.

Marinelli’s efforts are hardly fleeting, nor remotely odd. The micronation experiment flutters and snaps in the wind, a persistent phenomenon. One need only recall the efforts of the segway inventor Dean Kamen, self-proclaimed ruler of the Kingdom of Dumpling off the coast of Connecticut, to convince President George H.W. Bush to sign a faux non-aggression pact.

Sociologist Judy Lattas could only wonder in 2005 why there was “no significant study in the scholarly press on the micronationalism that is the contemporary phenomenon of ordinary people (however quirky), in long-established democracies, getting the idea to create their own countries”.

Of all the countries on planet Earth most addicted to the concept of micronations, Australia is exceptional, a truly idiosyncratic wonder. Size, a blood-soaked frontier history and an addled penal past may account for why a third of them have found a home there, giving Australia the title of being "Micronation Central".  Matt Siegel, writing for The Atlantic, suggested that such a micronation obsession might have arisen from that tired description of larrikinism supposedly inherent in the Australian character.

In 1970, perhaps the most famous of these colourful upstarts, the Principality of Hutt River, was founded by Leonard Casley. A 76-square-kilometre property in Western Australia’s midwest became the subject of interest for Casley, who had bickered over wheat production quotas in 1970.

That year, in letters addressed to Australia’s Governor General, the Western Australian Premier, and the Governor of Western Australia, Casley claimed to be formally seceding and called upon all parties to “resolve co-operatively and mutually successfully this problem”.

In time, his curious entity secured some 13,000 citizens worldwide, even though never having more than a population of 30 or so. Hutt River currency was issued, along with entrance visas to curious visitors. Residents were exempted from income tax, though this proved unenforceable.

In December 1977, Prince Leonard even made a declaration of war via telegram to the Governor-General of Australia, hoping that the gesture would grant his principality serious standing. The true inspiration for that was his perennial bugbear, the Australian Taxation Office. The declaration was ignored in Canberra and withdrawn a few days later without a single shot fired.

In 2020, the Royal Hutt River Legion Major Richard Ananda Barton announced that his principality would rejoin the Commonwealth of Australia:

“His Highness, Prince Graeme, has informed me that the Government of the Principality of Hutt River has decided to dissolve the Principality, which will, once again, become part of the Commonwealth of Australia.”

Two legal academics, Harry Hobbs and George Williams, recently considered this curious subject and concluded that Australia, in contrast to many states, 'largely ignores micronations (and Indigenous nations) provided they comply with taxation and other laws'. They advance three reasons why this might be so: that Australia has a culture appreciative of those who thumb “their nose at authority”; that the country’s sense of sovereignty is secure and stable; and a combination of factors relating to demography and geography.

The implications of the last two factors should be clear enough. Australia remains one of the most urbanised countries on the planet, with 89 per cent of individuals concentrated in urban centres. And given that there are 25 million or so individuals spread across a continent spanning 7.6 million square kilometres, the room for threatening and meaningful declarations of independence seems rather small.

This is not, however, to say that overt threats to secede have not ruffled a few feathers. Western Australia’s effort in the 1930s, spurred on by the Dominion League and the Great Depression, was considered serious enough to require obstruction by both the Australian Commonwealth and Britain.

The 1933 state referendum result was overwhelmingly in favour of secession, emboldening a state delegation to journey to the British Parliament to make their case of becoming a self-governing Dominion within the British Empire.

Projections on Australia’s future are bleak if it maintains its hostility to China and cloying dependence on America.

Westminster’s response was fairly typical: the establishment of a Joint Select Committee that concluded that the delegation’s petition could not be legally entertained. The 1931 Statute of Westminster had granted Australia dominion authority, thereby making Canberra the arbiter as to whether WA could secede.

In the end, the only reason why such micronations are tolerated must lie in their unthreatening, idiosyncratic nature. Their ineffectualness is what saves them from destruction and prevents their official recognition.

President Abraham Lincoln showed the Confederate States how a threatening effort backed by the force of arms to separate from the United States could play out. The U.S. Civil War that followed cost 620,000 lives and entrenched the holy mystery of the compact that is the Union.

From Turkey to China, secessionist movements are targeted as genuine threats to the national unit, its advocates to be put down, incarcerated and crushed.  But in the absence of guns, a coherent ideology, and the presence of maddening humour, the micronations of the world can only multiply.