The MSM versus the Fifth Estate

The mainstream media is intent on making Tony Abbott prime minister because they think it will save them from irrelevance, says Denise Allen. 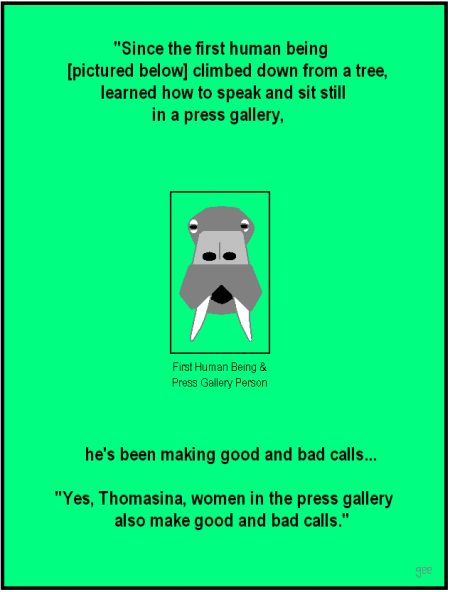 Over the past week we have seen unprecedented amounts of comment flood the Fifth Estate via our social media – Twitter, individual blogs, online news and opinion websites – in response to the Prime Ministers very powerful speech in Parliament regarding sexism in politics.

The Fifth Estate through the avenue of advanced technology has become an extremely influential form of media ― comments on Twitter reaching the Twittersphere at almost the speed of light; bloggers establishing their own online pathway to express their own personal opinion on many issues; news and opinion websites such as Independent Australia, New Matilda and The Conversation adding a completely new and “independent” dimension to news reporting, opinion and investigative journalism.

No longer does the general public have to rely on – or, more to the point, put up with – the blatantly biased and opinionated journalism found in our mainstream daily newspapers.

And thank God for that.

Where the majority of the Fifth Estate contributors applauded the PM’s speech, mainstream media blatantly refused to acknowledge the magnitude of the power behind the words she spoke.

Seasoned political journalists excused their bias by running for cover under the pretext of “context”.

“We are political journalists! We must report through the prism of political principles! We know best when reporting on politics!” 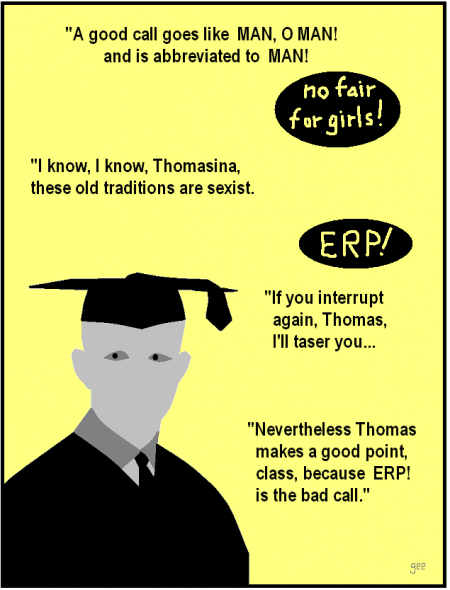 Well, no. Actually, they don’t.

The Press Gallery, who make up the majority of political journalists in mainstream media, have been caged within the walls of that political glasshouse for so long, they have fogged up the glass with their indignant, righteous, know-it-all huff and puff so much that they can no longer – or deliberately choose not to – see outside to what is important to the general public.

They have become so politically insular, biased and unashamedly opinionated, they no longer know the meaning of fair and balanced reporting.

But why are we not surprised?

For the past two years, ever since Julia Gillard was annointed the Prime Minister by the Independents, mainstream media has done everything in its power to condemn, ridicule, misconstrue and omit important facts from their reporting in order to assist the political power game-playing of Tony Abbott.

For example, there is the consistent and oft repeated lie that the Prime Minister is a “liar” regarding her comment about a carbon tax.

A lie in itself.

What the Prime Minister actually said was:


"There will be no carbon tax under a government I lead, but let me be clear, I will be putting a price on carbon and I will move to an ETS.”

When the PM made that statement she would not have imagined that the Government she would lead would be a minority one. One in which compromise would be the order of the day.

Tony Abbott had the opportunity to be Prime Minister. He would have done anything – even consider “selling his arse” – to get the top job.

But the Independents knew he would not be easy to work with – that they would not be able to trust him to negotiate and compromise.

She did put a price on carbon ― just as she said she would.

That Abbott et al call it a tax is irrelevant.

It is a price on carbon; to be more precise, a price to be paid for carbon emissions for the biggers polluters  ― initially set at $23 a tonne and then moving to a market based price. 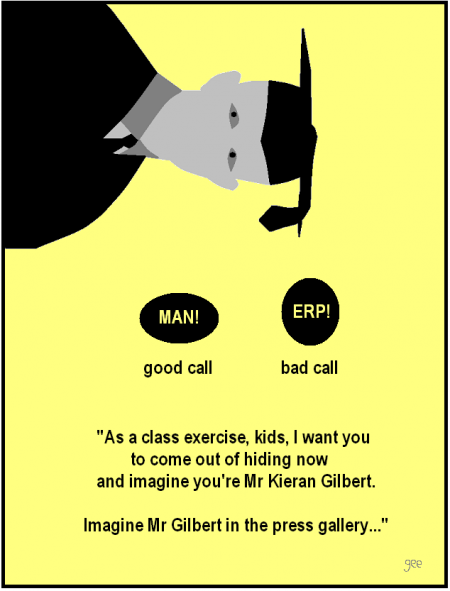 But how many times have you seen mainstream media not only report the truth about the fullness of what the PM said, but back it up with the genuine and logical explanation of her compromise.

Now, I know the Labor Government have made some pretty silly gaffes and mistakes of their own. Doesn’t everybody?

These have been reported ad nauseum by journalists from the mainstream media every opportunity they get.

But the people of Australia have never had to opportunity to genuinely believe that Julia Gillard is actually a very good prime minister, because the mainstream media have forcefully – day in, day out – shoved down the electorates’ throats their own personal and biased opinions of the prime minister.

At the same time, mainstream media have allowed Abbott’s lies to manifest into a bizarre reality and have, like frenzied sycophantic trolls, perpetuated on a daily basis Abbott’s treacherous attempt to bring down the minority Government.

Mainstream media either make pathetic excuses for, or never report on, the lies, the gaffes of Abbott and his Shadow Ministers, the devious involvement of Liberal MP’s in the Slipper affair, or the facts and detail behind the HSU affair, as reported in Independent Australia by Peter Wicks. It is all swept under their dirty threadbare carpet, where they hope no-one will look. 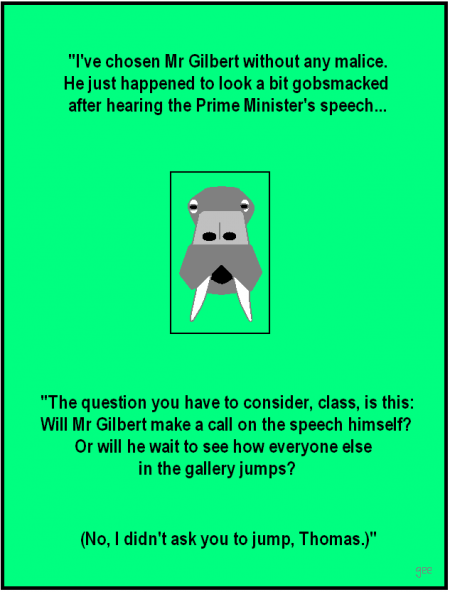 But the members of the Fifth Estate have not only looked under that dirty threadbare carpet, they have found the grubby little secrets that mainstream media had hoped to keep concealed from the general public and have exposed them for all to see via The Fifth Estate.

So why do the journalists of the mainstream media so desperately want Abbott to be Prime Minister?

I can understand why journalists from the Murdoch stable want to elevate him to the top job. They are disciples of Rupert Murdoch, who greedily endeavors to shove his right wing agenda down the throats of everyone on the planet at every opportunity he gets. It’s all about greed.

Commercial television and radio shock jocks (need I say more), meanwhile, are just out to see who can be the most sensationalist and vile.

But even journalists from the Fairfax stable and the ABC, who once upon a time offered fair and balanced journalism, have jumped on the “bring down Gillard” bandwagon.

The subliminal way in which they promote Abbott over the PM is not easy for all to notice, but it's there ― day in, day out.

If they just wanted to rid Australia of a minority Government and advance just one particular party to rule in its own right, one would expect they would write fair and balanced articles weighing up arguments and writing comparisons on the policies of both sides.

But they don’t do that.

They blatantly support Abbott no matter how sexist, idiotic, inept and policy-free he is.

Again, I ask why.

It can’t be because Abbott has superior policies ― no-one knows what they are.

It can’t be because he is a Statesman ― he isn’t. He is a fool and a mouse on the world stage.

It can’t be because he is an honest, positive, forward thinking politician, either. For he has used the lie of fear-mongering to frighten the electorate into believing the world would come to an end if a carbon price was introduced. Like he has used the lie of “illegal boat people” to petrify the electorate into believing we are being over run by Muslims

And, most often of all, he has used the viciousness of personal sexist verbal and visual assaults on the Prime Minister to disgracefully denigrate her in the eyes of the public.

The mainstream media must want to see and report on the financial damage winding back the carbon price and the MRRT will bring.

They must want to see and report on the regressive policies he will introduce to dilute women’s rights ― which he will do through his ideological religious fervour.

They must want to see and report on the furore that will occur between Australia and Indonesia when he “turns back the boats” without Indonesian approval.

Mainstream journalists see their jobs becoming extremely tenuous as the Fifth Estate becomes increasingly influential with ordinary every day people finally being able to have their say be it on Twitter, individual blogs or reading independent online news and opinion websites.

The only reason I can think of why mainstream media want so desperately for Abbott to be Prime Minister is so that they can voraciously report on the chaos and destruction he will bring down on the Australian people through their dying media in the hope that they can regain their influence over the minds of the people and try to reignite the people’s preference for mainstream media.

But that isn’t going to happen.

The genie is out of the bottle.

Mainstream journalists not only want fear, chaos and destruction to rule ― they need it to justify their support for Abbott.

It’s the only reason I can think of that explain why they act the way they do.