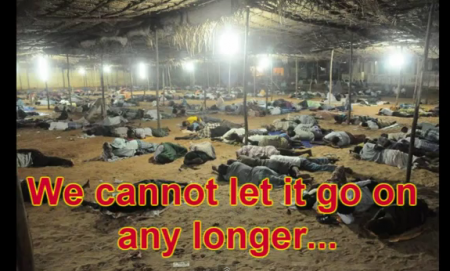 Senator Scott Ludlam, from the Australian Greens, said disturbing reports from Tamil Nadu showed authorities would stop at nothing to break the protests against the Koodankulam nuclear power plant.

"For more than seven months the people of the Koodankulam area have been fighting to defend themselves and their land from an out of control nuclear industry. Now the state is trying to smash their movement."

Senator Ludlam moved a motion in the Senate today protesting "the Indian Government's unprecedented deployment of police around Koodankulam and the harassment of peaceful protesters as inconsistent with the democratic right to peaceful protest" and cautioning "the Indian government against loading uranium fuel rods into the reactor at Koodankulam without conducting any safety or evacuation drills". The motion was defeated 34-10, with independent senator Nick Xenophon joining the Greens in supporting the human rights of the Indian people.

"It has been reported that police arrested 18 people at Koodankulam on March 19. 185 people including Parish priest Father Suseelan were arrested at Koottapuli during a peaceful protest. Another nine people were arrested and charged with sedition. Police have enforced a curfew, and now it is reported that 20,000 people are gathering to protest, with several thousand on hunger strike calling for the release of the captured activists."

"In their own words, the movement is appealing 'to the people of the world to keep a watchful eye on the forceful implementation of a mega-nuclear project' on them without giving them 'any basic information about the project or conducting any public hearing'. They write that their government 'is preparing to load uranium fuel rods into the reactor without conducting any safety or evacuation drills. God Save India!' How can we ignore them?"

"In November Father Xavier Pinto from Goa wrote to Prime Minister Gillard and pleaded in the name of the people's anti-nuclear movement for the Government to keep the ban on uranium sales to India. The Greens urged her to listen. That same month one of India's pioneer nuclear scientists, Dr MP Parameswaran, said India should suspend its entire nuclear program. In December the Labor Party abandoned their policy of not selling uranium to India," said Senator Ludlam.

"The sale of uranium to India while that country refuses to sign the Nuclear Non-Proliferation Treaty is illegal under Treaty of Rarotonga, signed by the Australian Government in 1985. The Indian people ask us to stop fuelling their nuclear industry, and instead our government listens to the nuclear shills who offer nothing more than a fist full of dollars in exchange for indulging in a deadly trade. I believe Australia is better than that."