Our national anthem is back on the playlist and, as always, for the wrong reasons.

The lyric ‘For we are young and free’ is not being sung by Indigenous Australians, who make the salient point that since they have been around for tens of thousands of years, they can hardly be regarded as adolescent; so obviously only those arriving since 1788 or later can be part of the celebrations.

So a small change is being mooted. NSW Premier Gladys Berejiklian suggests that substituting the word "one" would help boost our anthem up the charts. Others prefer "strong".

And naturally, there are the usual troglodytes. Senator Matt Canavan, emerging briefly from his coal pit, is outraged; any such censorship would be an insult to his ancestors, he huffs. Presumably, they never left infancy, Canavan’s intellectual acme.

The NSW Premier’s idea would certainly be an improvement, but a pretty minor one. The problems with our anthem cannot be fixed with a single word. They go back to its inception when it was chosen not by general acclamation but as a fallback, a least-worst option after the rest had failed. 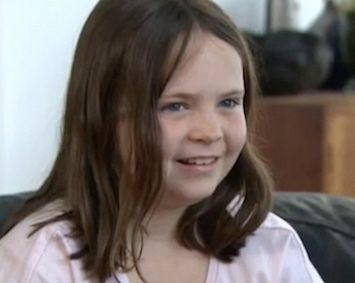 Harper Nielsen's call to take a ‘stand' on the national anthem

Harper Nielsen one small action may have taken a stand that will change the very song Australia sings about itself.

And, of course, it was all the fault of the terrible Government of Gough Whitlam. Well, before assuming office, he had promised to ditch 'God Save the Queen' and gives us an anthem of our own — not one we had to share with our imperial masters.

So, he inaugurated a national competition; anyone could enter and the winning entry would become a farewell to embarking soldiers, a fanfare for international sporting events and a celebration for Olympic Games gold medallists — not to mention something to be played when he arrived at official functions, which he rather enjoyed.

But in 1974, the contest had to be abandoned because no entry could be found that would not evoke embarrassment and derision. One losing entrant, Bob Ellis, complained that the problem was that the only rhyme for Australia was "failure".

I reassured him there were plenty of others and proffered a poignant ditty:

"Australia, you’re not a failure, wherever there’s azalea to espalier.

In your regalia, bright as a dahlia. We’ll hail you, not bewail you, our Australia."

A more ambitious effort might have incorporated: inter alia, paraphernalia, echolalia, Saturnalia and of course, genitalia. I wasn’t game to try former Victorian Premier Ted Baillieu, but of course, we now have Senator Michaelia Cash – an embarrassment of poetic riches – as well as political embarrassment.

And so, our anthem was enshrined. But it was never embraced. Reactionary Anglophiles still insisted on intoning 'God Save the Queen'.  And those who thought the whole idea was to get away from the mother country felt there was still work to do before we could call it a clean break.

The original second verse of our new anthem went:

True British courage bore him on, till he landed on our shore.
Then here he raised Old England’s flag, the standard of the brave;
"With all her faults we love her still Britannia rules the wave."’

This anglogrovel has mercifully been suppressed, but what is left can hardly be called inspiring.

However, we were stuck with it and remain so. And at least, its supporters maintain, the music is not too awful — suitably martial when needed, which was surely the point of the exercise.

And indeed it is. Anthems are supposed to be triumphant, claiming national superiority, assertions that they have defeated all opposition. There are always hints of a victory over unpleasant and unworthy foreigners or at times internal subversives. They are, to put it mildly, seldom welcoming.

The United States' anthem is actually set on a battlefield and is frequently complemented with appropriate sound effects. The French gloat about watering their fields with the impure blood of their adversaries. The Germans simply declare that they are the best at everything.

The British want to be victorious and have worked out the tactics to defeat their enemies: ‘Confound their politics, frustrate their knavish tricks’. South Africans will fight for freedom and even little old New Zealand offers a plea for divine protection. Wherever, it is about winning — beating down and beating off the rest of the world. 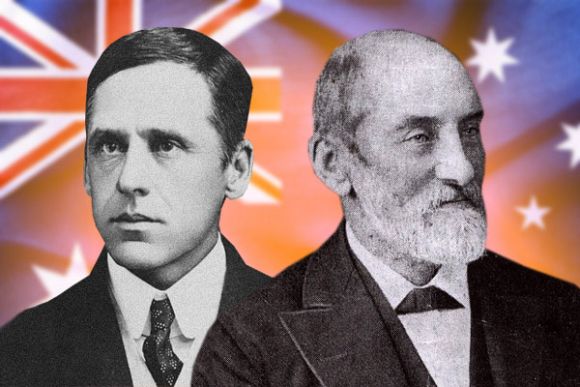 The contest of popularity between our national anthem and national song

So perhaps, dare I say it, we can grow up a bit and realise that as the world becomes smaller, as the old prejudices, racial and ethnic feuds and vendettas diminish, it is time to consign the jingoists to their use-by dates and celebrate the common heritage of humankind.

Rather than just tweaking a word here or there, junk the whole bloody thing. And while we’re at it, forget about the endless debate over our flag and furl it forever.

If we really need a symbol to tell the world who we are, we don’t need anthems and flags — a national song, to be strummed on appropriate occasions, more often festive than official, will be more than sufficient. The obvious candidate is 'We Are Australian' — a trifle kitsch, but wonderfully inclusive.

And of course, 'Waltzing Matilda' is much loved and far more widely recognised than 'Advance Australia Fair' will ever be. Bring back the swagman’s ghost. Or in time, perhaps we could learn one of the great song chants from one of our many Indigenous languages.

It will never happen of course; the pompous and the hidebound would never allow it, they would see it as a serious slide in status for what they still regard as our young nation — always punching above its weight, determined to move another couple of notches up the international league table.

So, we will just have to muddle and mumble along with 'Advance Australia Fair', while always realising it is no more than a default solution.