The unscrupulousness of the polling in Dobell approaches the wicked and may be criminal, writes Bob Ellis. 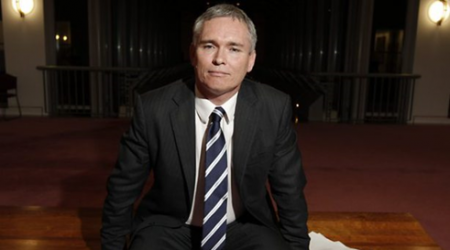 How was this difference achieved?

Well, it looks like they rang, on landlines, 253 people in Dobell on late shopping night and got 102 for the Coalition, and then, ‘weighting’ the figures, got that up to 126. And then not asking people what their preferences were, but basing the figures on 2010 when there was no Thomson Independent, got them up to 136.

But looking more closely, we find it doesn’t mean that in Dobell at all.

The unscrupulousness of this approaches the wicked.

Rudd’s campaign is being shown to be ‘running off the rails’ because of these figures, whose sample is eleven hundred less than it should be, and whose average age, unstated, is probably 70. Rudd is seen to be running scared from figures that have been, effectively, made up.

I ask again why the sample was 1,100 too few, why no mobiles were rung, no voters confronted in shopping malls, and what their average age was.

Refusal to answer is criminality.