Today, the potential for economic, environmental and humanitarian change lies with workers just as it did after World War I, writes Canberra correspondent John Passant.

History can be a wonderful teacher. For example, in 1939 the U.S. turned back the boat, St Louis, with 939 Jews on board. They were fleeing Hitler and were seeking asylum.

The ship returned to Europe. Estimates are that 254 of the Jews sent back died in the Holocaust.

The "reasoning" from politicians was base and racist:

Sound familiar? Australia and the U.S. today are following suit. Politicians in both countries are using the same racist rhetoric. Trump’s declaration of war on the caravan of asylum seekers approaching the U.S. border is a good example. By the way, these are people fleeing war and other rotten conditions the U.S. helped create.

In 1938, the major Western countries held a conference at Evian in France to discuss what to do about the growing number of Jewish refugees fleeing Hitler.

‘… as we have no racial problem, we are not desirous of importing one.’

There is no front door. The Australian Government is, in effect, an accomplice to genocide.

This week there are two anniversaries that will get a bit of a mention in the media. One is on November 11. (Coincidentally, my birthday is the 100th anniversary of the armistice that saw the end of World War I.)

It will get more than a mention. There will be gushing editorials and commentary about bravery, democracy, courage and defence of our way of life. On and on the jingoism will go, with little reflection on war, the crises of imperialism that drove the conflict, or how to avoid future wars. Instead, these celebrations will effectively be a recruitment advertisement for soldiers of the future; some subtle, some not so subtle.

We got a taste of the sort of nationalistic fervour associated with the centenary and a reminder of what to expect every year on ANZAC Day, when the Australian War Memorial director, Brendan Nelson, announced it had received $500 million from the Government to redevelop part of its site. Morrison said this was all about "the practical recognition and support our service men and women deserve".

I would have thought the best way to recognise and support servicemen and women might be to spend that $500 million on returned soldiers suffering from the impacts of the wars to which our politicians have sent them. A wider lesson might be to not send Australians in support of U.S, invasions.

Time to pull the curtain on memorial industry - the marking of the end, 100 years ago, of World War I ought to be a sign that we should tone down the liturgy, the bullshit, and the politicisation of personal, community and national trauma #auspol https://t.co/kiEX8zug5Z

In all the celebrations, there will be little mention of the German Revolution that broke out with the Kiel Mutiny in late October. It quickly became a workers’ revolution that some say ended the war.

The other important historical event is November 7 — coincidentally my son’s birthday. This will the 101st anniversary of the Russian Revolution when the working class in Russia took power. The Western press will either ignore this anniversary or malign it.

Yet the Russian Revolution – and the revolution it helped inspire in Germany in November 1918 – contributed significantly to the end World War I. It also opened the possibility of a new society based on democracy and humanity, if the revolution had spread and survived.

None of this will get a mention in the capitalist press. Neither will they mention the massive class divisions in Australia that the "war to end all wars" exposed and the class struggles it sparked. For example, the Great Strike of 1917, in the midst of war, saw 100,000 workers walk off the job, striking against the impact of technology and changes to work arrangements.

Then there were the two conscription referendums. They exposed deep class divisions in Australia. The successive defeats of the two proposals to turn civilians into soldiers against their will were a victory for the left. The whole period from 1917 was one of radicalisation of workers across the globe, including Australia.

Despite repression, economic and political strikes broke out across the country and socialist and left-wing political groups blossomed. The Industrial Workers of the World, for example, grew rapidly in membership and influence because of their anti-war and anti-conscription campaigns.

Then, in 1920, the Communist Party of Australia – the political expression of the radicalisation of sections of the working class – was established. Part of its base, too, was soldiers who had been radicalised by the horrors of war they had experienced.

How is any of this history relevant for today? The struggles against the cruel mistreatment of refugees and asylum seekers are ongoing. The Morrison Government’s apparent softening on getting kids off Nauru shows the potential power we all have to change rotten policies.

Is this meant to be satirical @sarahhendersonmp? If this Gov't spent half the work and $ to redress its crimes against these children, as it has fighting doctors and magistrates, it still COULDN'T claim credit, since it's now only doing it for votes.https://t.co/AwK2ZARcEe

But how can the Russian and German Revolutions be relevant? After all, the radical and revolutionary left in Australia today is small and often split along lines that seem arcane and irrelevant to most workers.

That is true, but there is a questioning of the system going on in capitalist countries around the globe. In Australia, 150,000 workers walked off the job to campaign to change the rules.

We can see in the German and Russian revolutions the potential to end wars — and to create the conditions for a truly caring and democratic society in which people come first. That society can only be won by the mass of workers taking action to overthrow the system in which their wages are being cut, their kids have a future less welcoming than them, they are working long unpaid hours in precarious jobs and the cost of living goes up and up.

Not only are there economic threats, but we also live in a society where war is a reality in places like Yemen and there is the potential for the two major powers to come to conflict over economic issues or territorial ones.

On top of that, capitalism’s climate change threatens to destroy the planet while the Government and much of capital play Nero’s fiddle.

While workers are hardly on the brink of revolution, the potential for a new and better world lies with them, just as it did 100 or so years ago with Russian and German workers.

‘If there is hope, it lies in the proles.’ 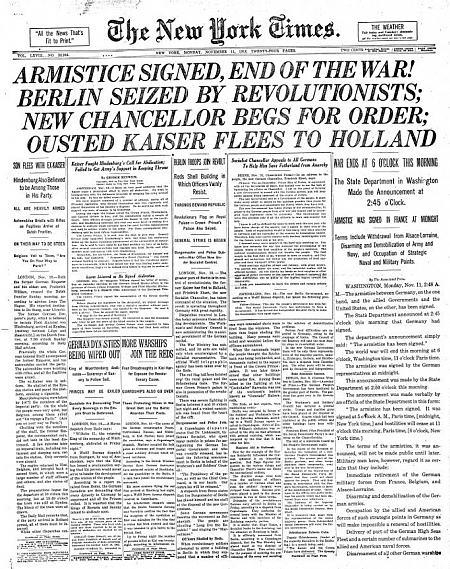