The bridge over troubled Windsor

Why is the NSW Government putting a road through the oldest public square in Australia, damaging precious Australian heritage and ignoring the concerns of locals. Peter Wicks reports.

IT WAS A lovely day on Sunday in Sydney's West; the sun was shining, the birds were singing; it was a glorious way to end a weekend.

In the historic town of Windsor, on Sydney's North-western rim, however things were far from peaceful; far from it indeed.

At Windsor, around a thousand people showed up at Australia's oldest Public Square to protest against the wanton destruction of not only this historic Square, but the utter assassination of the towns character.

The cause of all of the fuss is the proposed upgrade to Windsor Bridge, which crosses the Hawkesbury River.

The bridge is historic and, in the view of the vast majority of locals, should be kept in place for local traffic.

However, there are issues. To begin with, the current bridge is prone to flooding in extreme weather and has had to be closed down a number of times for extended periods. The bridge itself is quite narrow, and with trucks passing each other, as well as buses, it is an accident waiting to happen. There is also the increasing need to create a faster passage between Sydney and Singleton, which will vastly speed up freight into the New England area.

The question is: what is the right way to address these matters?

On the 4 August 2011, the new NSW roads minister, Duncan Gay, showed his respect for those in the area, as well as his lack of understanding of basic mathematics, and declared Option 1 to be the preferred option.

I mention his math skills and respect for others because it defies any form of logic how Option 1 came to be the preferred option.

Of the submissions received, the department confirmed that 40% voted for Options 1 and 2 — although no breakdown was given. That means less than 40% supported Option 1 and over 60% were against Option 1.

With arithmetic like that, I can only assume Joe Hockey lent a hand with the adding up.

Option 1 not only destroys Thompson Square ‒ the oldest town square in Australia ‒ but it also means heavy vehicles will continue to flow through the town with all of the adverse effects from that. The RTA themselves put it like this in their report:


...it is acknowledged that there would be adverse heritage impacts associated with the preferred option, particularly on Thompson Square and the surrounding heritage buildings. The preferred option would also likely have some noise, vibration, socioeconomic and visual amenity impacts. 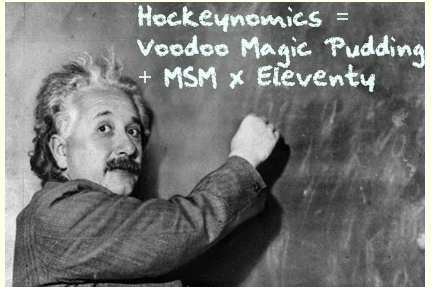 Option 1 also allows for no extra traffic, still being only 2 lanes; talk that it will be wide enough to accommodate 4 lanes is optimistic at best. It would restrict footpaths and would only provide narrow lanes, and does not address the number of lanes on the road either side of the bridge. Speaking of the road on either side, with no plans to address this road, the new bridge will make absolutely no difference in the case of flooding, despite it being higher — unless the Coalition plan on people rowing their cars to the bridge. The road will still be prone to flood waters.

What the good people of the Windsor region want is a bypass, it is that simple, and it has been done many a time before, albeit under a Labor Government.

A bypass ticks all the boxes, it improves traffic flow, it can be constructed to avoid flooding, it keeps heavy traffic out of a historic town, it means that Australia does not lose its oldest Public Square, and it means the locals keep their historic bridge.

The aim of the protest was to send a message the NSW Government that the locals will not sit quietly while their town’s character and the States heritage are destroyed.

As mentioned before, around 1,000 people showed up to vent their anger and hear from what was an impressive list of speakers:

Other notable no-shows were these Liberal members: Bart Bassett, member for Londonderry; Kevin Connolly, member for Riverstone; and last, but not least, Ray Williams, member for Hawkesbury and parliamentary secretary For Western Sydney.

It was, of course, Ray Williams who, during his election campaign, told of the people of Windsor’s frustration at how little the Labor Party had done regarding the bridge and how, once the Coalition were in power, things would begin to happen within a few short months.

Well Ray, under the previous government, $25 million was allocated to the project and submissions on nine options put out to the public. Since the new mob came in, this involvement has dropped to $18 million, the submissions from the public have ben ignored and, two and a half years later, the locals need to hold protests in a desperate bid to get your attention. Oh, and the bridge has had to be closed last year due to flooding.

Ray Williams told parliament that he sent out 12,000 letters regarding the project and Option 1 and only had one response come back against it. He has, however, chosen to ignore the over 10,000 signatures on petitions organised by CAWB.

As yet, nobody has been able to track down this mystery letter of Ray’s, so it is generally assumed he is referring to his newsletter, which could have a mail-out of around 12,000. This is a newsletter — and does not invite responses. It is, indeed, unaddressed mail that many would consider junk mail ‒ particularly from Ray ‒ and due to Ray’s electorate only bordering the bridge, of the 12,000 mailed out, only a small handful would be affected by the plans. It would have been more appropriate if Rays colleagues Bassett and Connolly took an interest in their community and sent out addressed mail on the issue.

The speeches on the day were passionate and emotional and all were well received by the crowd.

In particular, Barbara Perry, shadow minister for heritage, gave a rousing speech that guaranteed everybody was fired up. She highlighted that this protest was not a fight against progress, it was about protecting heritage and investing taxpayer dollars wisely. She spoke about the history of the Square and the man it was named after — convict turned magistrate Andrew Thompson.

We are standing in the birthplace of the notion of a “fair go”.

Destroy the historical setting and composition of one of the most significant colonial townships in Australia?

You cannot reduce this place to a cost benefit analysis, if we lose our heritage, we risk losing our core values.

Susan Templeman also gave an emotional speech and showed those in the Macquarie electorate what a passionate Federal representative they would have in her.


I am the Labor candidate for the seat of Macquarie, named in honour of a visionary man. And I will not stand by in silence as the local Liberal State MPs trash his legacy.

The point for me is that this place is unique. Once gone, it’s gone for good. And Bart Basset, Kevin Connolly and Ray Williams should be condemned for failing to admit their misjudgment on this issue. Who can say why they are so determined in the face of so many reasons why it’s a bad idea?

But perhaps the quote of the day came from local solicitor and former Liberal Party Member Rod Storie. Rod is not just any old ex-Liberal party member, far from it. Rod has quite a background within the party and has been dismayed by the way IT views those in Sydney’s West.


I am extremely angry and saddened by the contempt that the Liberal members show for their own area and constituents.

The actions in constructing this monstrosity of a bridge through Australia’s oldest public square shows nothing less than total contempt for these electorates and the people who live in them.

Alas, no local Liberal members were present to hear the concerns of locals, nor were there any of the Liberal Federal candidates that are supposed to be so interested in the West.

I will be watching events surrounding this historic town closely and will keep you updated as required.

With so much at stake in Sydney’s West come September's Federal election, Julia Gillard will no doubt be hoping that the NSW voters look to the historic town of Windsor when judging which party has the region’s best interests at heart.

I will leave the final say to the Labor Party’s Susan Templeman:

I hope that Barry O’Farrell and co are listening, Susan, I really do, but I won’t hold my breath…