10 reasons why the Liberals' end is nigh

Resignations of prominent Liberal Party members last month highlight deep rifts within the party. They bring to ten the areas of failure which taken together suggest the party is in terminal decline. Alan Austin reports.

Martin Hamilton-Smith is a former leader of the South Australian Liberal Party and regarded as its most capable parliamentarian. This week he joined a long list of respected MPs and elder statesmen who have found they can no longer stay within the Liberal Party of Australia as it currently operates.

One of the more notable Queensland Liberal National MPs was Dr Chris Davis, a past president of the Australian Medical Association’s Queensland branch and chairman of the Royal Australasian College of Physicians.

He could no longer stomach the direction Liberal National Party (LNP) premier Campbell Newman was taking the government. He protested over several issues, including changes to the Crime and Misconduct Commission, and finally resigned as assistant health minister.

Davis was the fourth minister in the dysfunctional Newman government to resign or be sacked this year.

Other prominent Liberals in the procession of recent deserters include former prime minister, Malcolm Fraser, whose disgust at the party’s current state has become an internet phenomenon:

We will come to the other nine issues pointing to terminal affliction shortly.

But first, a short detour through history.

It is not only minor parties such as the Democrats and One Nation that have disappeared after periods of fame.

Australia’s first dominant Federal party was the Protectionist Party, formed in 1889. It held government from 1901 to 1904 and from 1905 to 1908 with Edmund Barton and Alfred Deakin as prime ministers.

The United Australia Party ruled for most of the period from 1931 to 1941.

All have since disappeared, although major policies continued in other party structures.

Reasons for their demise vary. Commonalities appear to be internal divisions, shifting away from serving mainstream community interests and the presence of a strong alternative political force.

So the fact that the Liberal Party has been successful for some decades is no guarantee it will remain. Indeed, there are definite signs that its downfall may be imminent. 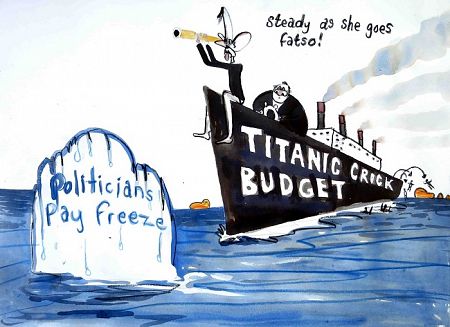 The second area of evident dysfunction is the growing number of open divisions among those who have stayed within the party.

Two more emerged this week with Dr Dennis Jensen openly condemning the Abbott government for its “lack of understanding of how science works”.

“Where is the coherent, co-ordinated approach to science policy?”

Jensen slated Lib over not understanding how science works with video

And while Abbott was meeting with miners on Thursday, his communications minister Malcolm Turnbull was holding a private meeting with rival party leader Clive Palmer and mysterious others.

3. Abandonment of honesty and integrity

This journal has published a fully-referenced list of Abbott’s thirty blatant lies and his additional forty broken promises.

The mainstream media are now – at long last – highlighting these as well.

4. Abandonment of governing in the interests of all

Even the most superficial analysis shows the first Abbott budget takes from the poor and middle and redistributes to the rich. There is no real attempt to conceal this.

All commitments to Australia’s Indigenous people made before the election have been abandoned since.

One of the few promises Abbott seems intent on honouring is changing the racial vilification laws to allow racism and bigotry to flourish.

6. Abandonment of all pretence to consistency

The latest prominent Liberal to come under fire for serial hypocrisy is Treasurer Joe Hockey.

His first two backflips – immediately after taking office – related to debt and the budget deficit. Having campaigned relentlessly on reducing both, his first move as treasurer was to increase the debt and abolish the debt ceiling.

Then, in last month’s budget, according to the ABC fact checkers, the deficit is now actually double Treasury’s forecast under Labor.

Hockey was earlier exposed as a hypocrite for weeping in Parliament in 2012 over the threat – not at that time a reality – that unaccompanied refugee children would be incarcerated in offshore detention centres. There are no tears now, however, now his government has realised that threat.

And then this week videos have emerged of a younger Joe Hockey — a strident student activist, opposing university fees. But now, having secured his own free degree, he is content to allow a deregulated university system to expropriate from students however much they like.

Victorian state balance-of-power MP, Geoff Shaw, was charged last year by Victoria Police with 23 counts of obtaining financial benefit by deception and one charge of misconduct in public office. The public prosecutor dropped formal charges in December, however, referring the matter to a parliamentary privileges committee.

The government-dominated committee found Shaw lacked ‘diligence’ in contrast to the Labor members who claimed the misuse of his government vehicle was ‘wilful’ and, therefore, in contempt of Parliament. In a shock announcement that threatens the Napthine government’s grip on power, former speaker, Ken Smith has pledged to cross the floor to support Labor in a vote of ‘no confidence’ in Geoff Shaw.

An article from The Age on Geoff Shaw's study tour of US abortion laws has disappeared from their website. #SpringSt pic.twitter.com/Ebgb2fgWpB

Queensland Liberal National MP, Scott Driscoll, failed to declare his business interests and financial connections when he entered parliament in 2012. A Privileges Committee Inquiry recommended he be expelled from parliament. He resigned first.

The Liberal Party accepts funding from undisclosed sources through associated entities like the Institute of Public Affairs, which are not required to reveal their donors. Donors who wish to hide from public view can also launder their donations through trusts such as the Free Enterprise Foundation, the Cormack Foundation and the Greenfields Foundation.

Whilst the Liberal Party no longer accepts donations from the tobacco industry, its junior Coalition partner, the Nationals, have refused to rule it out.

8. Refusal to deal with endemic corruption

The Greens have proposed a national anti-corruption authority and a national lobbying watchdog.

The Liberal Party is opposed to both.

The mainstream media has now fractured over promoting Abbott as Australia’s saviour.

Before the election, News Corporation, ABC News and Current Affairs and Fairfax outlets all boosted Abbott and the Coalition shamelessly.

This has changed significantly with Fairfax’s Sydney Morning Herald and The Age now beginning to run critical analyses of the Abbott government.

The Age this week openly mocked Abbott’s government with

‘Tony Abbott is a liar: It's a mathematical truth’.

10. Abandonment by the electorate

Opinion polling shows the Abbott Government to have the lowest level of voter support just eight months into the honeymoon period of any regime since polling began.

The by-election for Scott Driscoll’s seat of Redcliffe in February resulted in a 17.2% swing to Labor.

It appears likely the Abbott Government will last only one term.

But will the fallout from this budget mark the beginning of the end of the Liberal Party as well?

Upcoming by-elections and state elections – of which there are several – will be highly instructive. 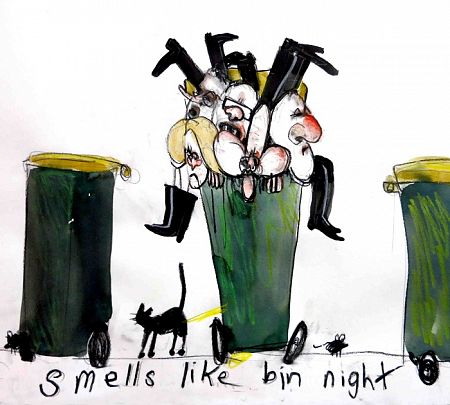