By Klaas Woldring | 18 September 2012, 2:14pm | comments |
In the first in a new six part series, Dr Klaas Woldring examines the breakdown of the Australian party political system and the urgent need for a fairer, simpler and less adversarial electoral model. 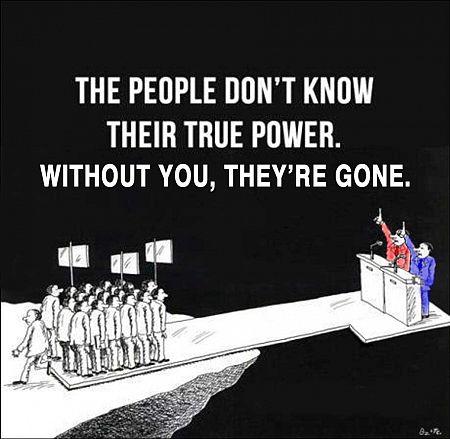 THERE IS MUCH to be praised in Australia today, but a society, organization, physical body or machine is only as strong as its weakest link. Regrettably, there are in fact many weak links in the Australia polity, many of which seem of long standing and appear nearly incapable of being resolved.

The capacity of Australia to have coped with the onslaught of the Global Financial Crisis has resulted in a belief that Australians haven’t got much to worry about. This is plainly a superficial view. There are many signs that the Australian governance system is breaking down. The behaviour of the newly elected State Governments in NSW and Queensland – riding roughshod over election promises and mandates – are indicative of failures and major upheavals.

Let’s also think about some of some the perennial issues: the very high level of urbanization; lack of effective decentralisation; the almost total stagnation in developing an effective fast train network; the conundrum with the Murray-Darling water management system; the issue of the second airport for Sydney; the transport and road system of Sydney; the asylum seekers issue; the parliamentary dog fight over the carbon price; the failure to establish a Republic; the endless wrangling about industrial relations; the much disputed NBN roll out; our continued involvement in highly questionable wars, primarily initiated by the US; a federal system that has long ago outlived its usefulness; a Constitution that can hardly be amended and reflects an antiquated system of governance.

Much of the wrangling is the direct result of the adversarial political system between, essentially, two major parties having opposite views on just about everything. The other major cause is the continued existence of a federal system that is dysfunctional and no longer an appropriate form of governance for Australia today. The two-party system actually greatly complicates and aggravates the operation of the federal system. This is especially so when opposite parties are in government at the federal and state levels.

The single-member electoral district system governs the election of all Australian lower houses, with the exception of Tasmania’s. It grossly favours the major parties, in that it makes it virtually impossible for smaller parties and Independents to get a foothold in these legislatures. At the Federal level, the Commonwealth Electoral Acts of 1918 (preferential voting) and 1924 (compulsory voting) cemented this system in place.

THE CASE FOR ELECTORAL SYSTEM CHANGE 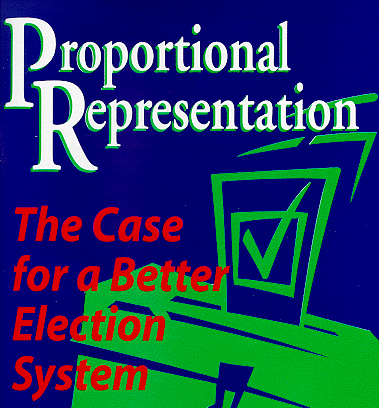 In most other representative democracies, a number of parties seek co-operation to form majority government. In contrast, Australia’s two-party system is increasingly dysfunctional, in that so much time is spent on finding fault with the other party. Federally, it cannot even achieve important parliamentary majorities where they exist and are badly needed—as shown by the lengthy wrangle over climate change legislation. The problems are real,  far reaching and systemic. Membership of the major parties is at an all time low. Politicians are recruited from an extremely small number of people. Combined with this is the fact that, in a large number of seats, candidates are elected on well below 50 per cent of the vote in their single-member electoral districts. To refer to this system as “democratic” is simply laughable. The system itself no longer matches peoples’ expectations and hopes.

Proportional representation is based on multi-member electoral districts, say, five, seven, and nine, even 12. This provides much greater opportunity for smaller parties and Independents to achieve quotas and be elected. Roughly, a quota is the total number of voters divided by the seats to be filled — plus one. The result is a more diverse legislature, that reflects diverse interests; it means there are not just "two sides of politics", which is a very dated and inadequate concept. Governments are then mostly formed through coalitions after the election, resulting in multi-party government. Usually, the larger parties match up with smaller ones to gain workable majorities on the most important public policies. There is considerable flexibility and coalitions can be changed, without new elections.

Proportional representation (P.R.) is known in Australia as the Hare-Clark System and was first introduced in Tasmania in the late 1890s. It was later also introduced in the Senate in 1949. Hoewever, most other countries use a different P.R. system: Party Lists.

P. R., as used in the Senate and, for example, for the Upper House in NSW, combined with a preferential vote plus Group Votes "above the line", has often given rise to much confusion. P. R., always based on multiple-member electoral districts, has great advantages but not always in the ways as used in Australia. European P. R. systems are much simpler than Hare-Clark as they are based on Open Party Lists. The task of the voter there is very easy: to mark his/her preferred party and, at the same time, a preferred candidate on its list of candidates, with just ONE mark. Candidates need to achieve a quota to be elected. The system results in multiple party parliaments and, often but not always,  coalition government. It is cooperative in nature, instead of adversarial, and ensures diverse and democratic representation. There are no by-elections, no pork barreling and no horse-trading on preferencing that the voters will know very little about. Counting votes is fast. Its simplicity is the very opposite of what most Upper Houses here experience now — a very strong rejection of preferential voting.

Where new constitutions were introduced in the past few decades proportional representation was mostly adopted and often enshrined in the constitutions, such as in Portugal (1974), South Africa (1996), almost all of Eastern Europe (1991) and New Zealand with over 80 per cent of these systems being ‘‘party list’’.

Finally, introducing proportional representation can simply be done by changing the Commonwealth Electoral Act 1918 — no constitutional amendment is required.