Once again, this week the MP for Fadden, Stuart Robert, has been the subject of media allegations of impropriety based on a series of leaked emails. Belinda Jones reports.

MINISTER for Government Services and the NDIS, Bill Shorten, said in Question Time:

“The Age and the Sydney Morning Herald have today reported that the Member for Fadden used his status as a Federal MP in 2017 and 2018 to help the lobbying and consulting firm, Synergy 360, sign up corporate clients with the promise of helping them navigate the federal public service and political cycle and meet key decision-makers, including senior Coalition ministers.”

The authors of The Age and Sydney Morning Herald investigation, Nick McKenzie and David Crowe, did not elaborate on who leaked the emails.

Immediately after question time, Stuart Robert rose to make a personal explanation to the House of Representatives and claimed he had been “most egregiously” misrepresented; he rejected outright “the accusations and the innuendo” contained in the article.

However, as Minister Shorten noted, “Synergy 360 is not a registered lobbyist”. 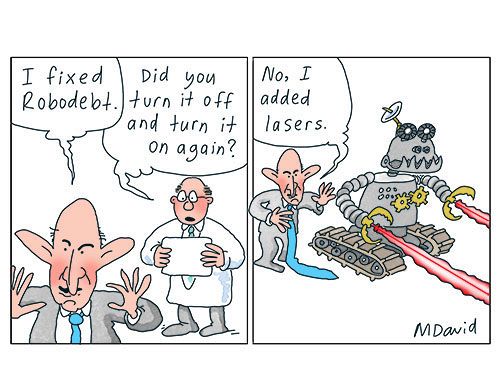 John Margerison is a major shareholder of Synergy 360 and a former business partner of Stuart Robert in a company called JM National Property Pty Ltd. Robert was a director of the company between March and August 2018.

In August 2018, according to Stuart Robert, then Treasurer Scott Morrison “instructed” him to divest his share portfolio prior to the Morrison becoming PM. Robert deleted his interest in JM National Property Pty Ltd in September 2018. He then declared, in October 2018, that a "blind trust" was managing all his and his family’s investment decisions. Robert has never disclosed who was responsible for the blind trust.

According to a 2018 New York Times article arising from 'emails released recently under the Freedom of Information Act to the Sierra Club', pertaining to the climate science denier and former head of the U.S. Environmental Protection Agency head Scott Pruitt’s planned trip to Australia, Freedman was involved in organising the proposed visit throughout 2017.

Stuart Robert did not return to the frontbench until August 2018, after Scott Morrison became Prime Minister. Freedman has also held the role of treasurer for the American Australia Council (AAC). The AAC is not listed on the Australian lobbyist register. Pruitt’s planned trip to Australia never eventuated.

Neither Global Impact Inc nor Freedman is listed on the Australian lobbyist register, either, despite Freedman acting in a lobbyist role:

'Mr Freedman is not registered as a lobbyist for the government of Australia, nor is he currently registered to lobby on behalf of any foreign or domestic clients in the United States, according to records on file with Congress and the Department of Justice.'

Despite Freedman not being a registered lobbyist, it is claimed in the May 2018 New York Times article that in 2017, Freedman wrote in a Sierra Club email:

'I’ve been in direct contact with the Minister in Aus, and we will be speaking with his senior staffer (Cosi) who is the lead from their side on Monday night.'

The Australian Environment Minister in June 2017 was Josh Frydenberg. 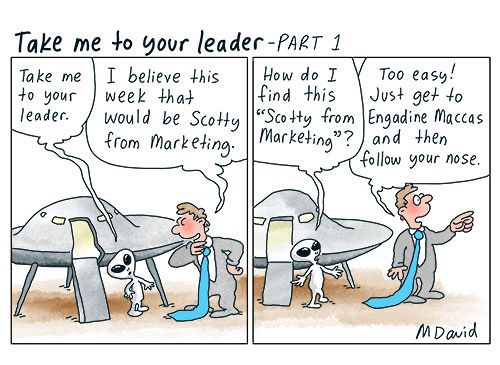 'Mr Freedman placed a condition on the assistance he was providing: his involvement should not be disclosed.'

It appears that Mr Freedman’s only association with the Australian Federal Government at the time of the planned Pruitt trip was through Margerison and Robert.

Stuart Robert resigned in disgrace from the Turnbull Ministry in February 2016 over a scandalous private business trip to China. He was on the backbench when Freedman claimed in 2017 to have had access to the minister.

In Question Time on Thursday 24 November, NDIS Minister Bill Shorten stated: "The Age and the Sydney Morning Herald have today reported that the Member for Fadden used his status as a Federal MP in 2017 and 2018 to help the lobbying and consulting firm Synergy 360”.  A major shareholder of Synergy 360 is Robert’s “very good friend” and long-term chairman of the Fadden Forum, John Margerison.

That night Robert was questioned directly on ABC’s Q&A about Synergy 360 and his involvement, he claimed:

“Remember I was a backbencher, wasn’t a minister, had no responsibility, no authority, no procurement, nothing at all. Simply a backbencher.”

So, despite being “simply a backbencher” at the time, the then-disgraced former Assistant Defence Minister Stuart Robert’s emails revealed in the Synergy 360 investigation, appeared to indicate Robert used his position to lobby the Federal Government on behalf of his personal connections.

At the time, Opposition Leader Peter Dutton was Minister for Immigration and Border Protection and Robert was on the back bench. Both were then and remain members of the Liberal faction of Queensland’s Liberal National Party (LNP). Gold Coast Mayor Tom Tate is a lifetime member of Queensland’s LNP.

Robert emphatically denied receiving any financial benefit from his “engagement with stakeholders” who were close personal friends and business partners and were not registered lobbyists.

As a result of the leaked Synergy 360 emails, NDIS and Government Services Minister Bill Shorten has ordered an inquiry into the procurement practices of the departments he now leads.