Despite the Prime Minister's revision of close contact definitions, not all state premiers have agreed with the decision, writes Paul Begley.

TO UNDERSTAND what Prime Minister Scott Morrison is up to coming out of the emergency National Cabinet meeting on 30 December, we need to return to the thinking of Donald Trump during the early days of 2020.

By June of that year, the U.S. testing regime revealed that the Alpha variant cases in the U.S. were beginning to rise alarmingly as people were becoming sick and dying.

Showing little or no interest in that, Trump resorted to a remorseless exercise in diversionary logic:

“If we stop testing right now, we’d have very few cases, if any.”

In New South Wales, with the Omicron variant coming into the ascendant, case numbers reported through polymerase chain reaction testing for genetic material of the COVID-19 virus, otherwise known as PCR testing, were fewer than 400 on 7 December 2021. By 15 December, cases had risen to around 1,800 and by 20 December to more than 3,000. 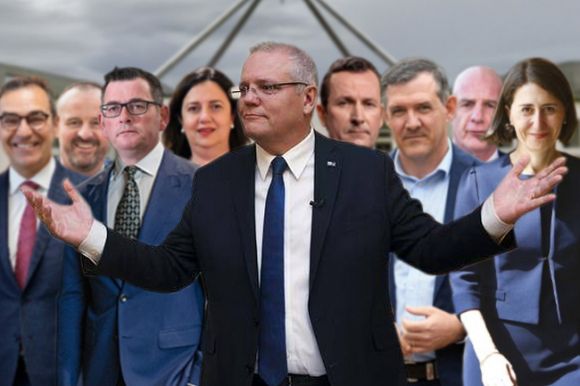 On 30 December, numbers were reported in excess of 12,000 and on New Year’s Eve had risen to more than 21,000. NSW Health Minister Brad Hazzard had predicted on 16 December that case numbers would rise to 25,000 by the end of January. On the evidence in front of us, they would pass that estimate by 1 January or very soon after.

Because people were alarmed that they might be a positive case and infect family members over Christmas and New Year, and because negative PCR test results were required for work, travel across borders and for other reasons, the long queues for testing were causing waiting times of many hours in rising summer heat. Many test venues were closing not long after opening, leaving those who missed out resorting to rapid antigen tests (R.A.T.s).

R.A.T.s look for proteins that form part of the virus. While not regarded as reliable as PCR tests, R.A.T.s offered relief from anxiety and so sales of the kits went through the roof, with “sold out” signs rapidly appearing in many outlets. But a negative R.A.T. was not sufficient to allow vulnerable people to access hospital or other medical services.

Seeing another strollout on the horizon, Mr Morrison was reported as summoning an emergency National Cabinet meeting on 30 December. He cannot “summon” state premiers to a meeting, of course, but he can ask them. We may never know what happened during that meeting because Mr Morrison insists on cabinet solidarity and cabinet-in-confidence rules applying. He is a well-known secrecy obsessive but simply using the word “cabinet” is not enough to make it one. It’s COAG under another name.

That did not stop the marketer in Morrison coming out in Canberra after the meeting and declaring from his pulpit that the premiers agreed to an Omicron reset that included changing the definition of close contact to living in a household with an infected person or being with an infected person for more than four hours, with only symptomatic close contacts required to get a PCR test. 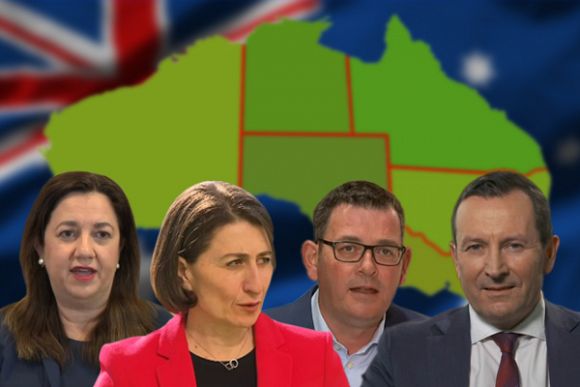 Those changes to definitions approximate the Trump wish to stop testing in order to get fewer cases. The thinking is perfectly logical because it will result in fewer cases but it assumes that voters will infer a causal link between testing and new cases. There is no such link, of course. Cases will continue to increase but we won’t have reliable data showing us to what extent they are increasing or where the increases are happening.

If people can get access to R.A.T. kits on the commercial market and are able to afford to purchase them, they can test themselves privately but the case data from R.A.T.s will not be accessible publicly or be available to health authorities.

In what is a Morrison confidence trick, it relies on another Trump maxim: “I love the poorly educated” and its corollary, “they love him”.

Paul Sakkal and Rachel Clun reported in The Age on the Prime Minister’s pitch:

‘Mr Morrison said that if people were not a close contact or had no symptoms, “there is no need for you to be in that [PCR testing] line. You should go home, go to the beach, go and do what you want to do, read a book in the park”.’

The Morrison play was transparent enough but not to his Trumpian support base. They would have seen that the Prime Minister is the champion of freedom and fun going into an election and that state premiers who don’t go along with him will have to suck it up or look like spoilsports.

However, by the New Year, he had been sprung in his exercise of bad faith. The Health Minister of Victoria, Martin Foley, said that his government would be providing free R.A.T. tests as agreed at National Cabinet and the Chief Public Health Officer of South Australia, Professor Nicola Spurrier, announced that a close contact is defined in South Australia as anyone who has spent 15 minutes with a positive case or has been to a high-risk workplace or other venue. 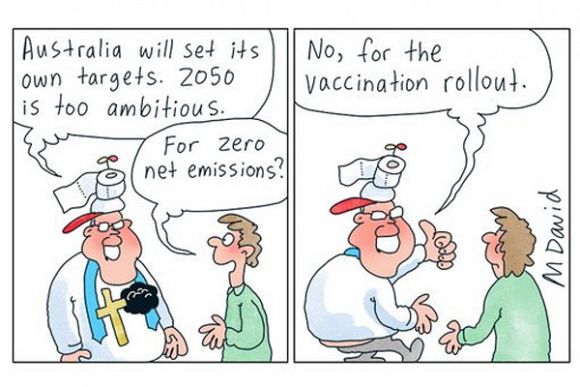 She strongly urged that South Australians have a quiet night at home to bring in the new year. These state government developments contradicted the letter and spirit of the Morrison announcement. Clearly, not all premiers agreed to the Morrison version of what happened at National Cabinet and South Australia's Steven Marshall, a Liberal Premier, had immediately broken ranks, as had Western Australia’s Mark McGowan, a Labor Premier.

Time will tell how reliable the evidence is about the severity of the highly transmissible Omicron variant and any subsequent COVID-19 variants that are likely to emerge. Hospitalisation and ICU numbers will be the guide on making that assessment, though sick people who can’t get a PCR test will strike obstacles in getting access to hospital treatment.

In the interim, many businesses are experiencing customer cancellations which makes planning difficult without the recourse to assistance for loss of revenue.

At the same time, Morrison continues to play the public relations game of shifting responsibility and blame to state premiers who are stuck with the problems arising from inadequate data about genome sequencing and the extent of community infection.

The PM has never shown much interest in that data. He will continue, however, to collect an abundance of data on what matters to him: who believes his messages, who approves of him, who haven’t made up their minds about him, where do they live and what do they need to change their minds to his advantage.

21 January 2022, 7:00am From kids driving forklifts to crippling foreign relations, Scott Morrison has made ...

6 January 2022, 1:00pm Despite the Prime Minister's revision of close contact definitions, not all state ...

17 November 2021, 11:00am While the Morrison Government has done more than enough to lose the upcoming ...
Join the conversation
comments powered by Disqus
News updates