Keep your eyes on Spain over the next 24 hours, says democracy activist Carl Scrase, as tens of thousands of people try to reclaim Spanish democracy. 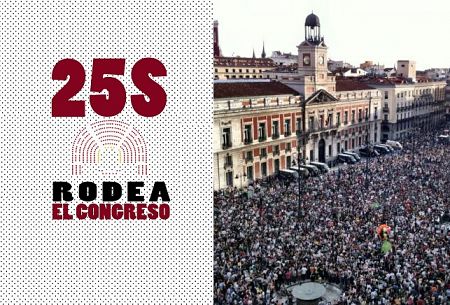 Keep your eyes on Spain over the next 24 hours. Tens of thousands of people will try and reclaim the Spanish congress in Madrid. They are following Iceland's lead and starting a peaceful revolution for real democracy. I have translated some of their primary intentions into English, to assist the global conversation that new social movements such as ‘Occupy’ and ‘Real Democracy Now’ are working towards.

The manifesto for the #25s gives the reasons why they will be surrounding the congress. The movement claims the people of Spain consider themselves “victims of a large scale scam” perpetrated by “economical powers, who are using the crisis as an excuse to socialise the private debt under the code of ‘austerity measures’. They claim these measures will undermine the quality of life and democratic processes afforded to the average person in Spain.


“…justice in the tribunals against bankers, politicians and businessmen who are guilty of the current situation.”

They are sick of their human rights being undermined by a government enforcing unfair repression against peaceful protestors, but not taking any action against the greedy people who put them in this situation through high-risk financial speculation for short-term profit.


“…believe that the problem is of such a big size and the roots so profound that any solution will not be founded in reforms based in the actual political system.”

They want to see the entire government resign, just like it did in Iceland. 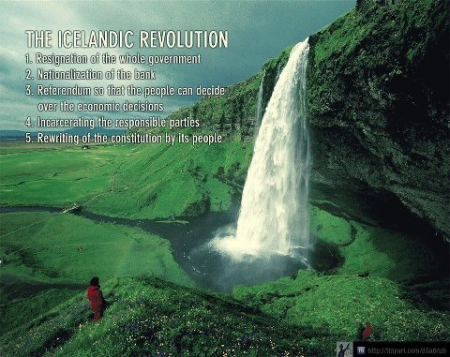 They want to co-create a new Constitution


“…in a transparent and democratic way”.

They want to do this with the


“participation of the whole community… in such a way that the result will be their own.”

The world will be watching to see if Spain will follow Iceland’s lead. The Spanish movement has been very supportive of ‘Occupy’, and are trying to spread the ‘Real Democracy Movement’ globally. They are aware that this is a global conversation that needs to be addressed the world over.

I agree. We need real democracy the world over. 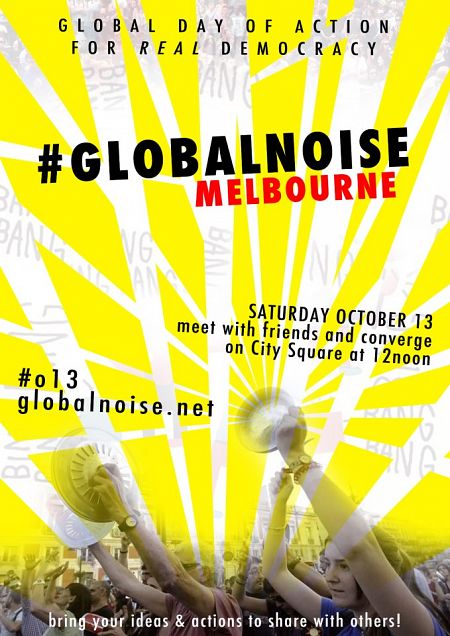 The next global day of action is on the 13th of October. It will be interesting to see how the world unites under the banner of #globalNOISE.

These are exciting times indeed; politics is getting a bit more real. I will write an update after we see how the #25s protests play out.

There are a couple of our English speaking people on the ground who will be Tweeting from:


And we will be relaying Tweets from:


(Carl “Synchronicity” Scrase is Melbourne based artist, writer and activist. He is an active member of both the worldwide Occupy and Real Democracy movements and is one of the key organisers for the upcoming #globalNOISE ‘pots and pans’ revolution.)