Independent Australia has spoken to Clive Palmer about his alleged meeting with Mal Brough and Joe Hockey. Ross Jones says someone is lying — and it's almost certainly not Slipper. 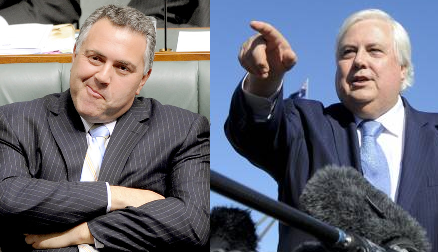 Our question was straightforward — would he confirm a report in The Age of 27 June 2013 that he, or his spokesperson, had backed Slipper’s allegation that Joe Hockey and Mal Brough had asked Clive to stump up for Ashby’s legal costs?

Coyly, the top PUP referred us to his twitter feed and specifically to a tweet he made on 26 July 2012:

Never any support from me for James Ashby. I've known Peter Slipper 40yrs. He's a man of integrity. This issue best left for the courts.

We called Clive’s media guy who, in fairness, did return our call but hit the message bank. We made a few more tries during the day to contact him, but hit his message bank every time and he did not return any of these calls.

So, we still don’t know. But what we do know is that, on 27 June 2013, Slipper, in his (possibly) valedictory parliamentary speech, announced to the house he had recently shared breakfast with Clive at Clive’s Coolum pleasure palace. Over toast, or maybe Cheerios, Slipper reckoned Clive told him that around Easter 2012 Mal Brough and Joe Hockey paid him a visit to suggest Clive like to meet Harmer’s no-doubt modest fees incurred prosecuting the honour of James Ashby.

Clive, according to Slipper, did not think this was a good idea and, in a display of his undoubted financial acumen, declined.

There are just four possibilities here — The Age lied, Slipper lied, Clive lied to Slipper or Joe lied to the house and the Australian public.

Just for fun, let’s go with The Age being correct, and Clive’s office did confirm Slipper’s version. That leaves Slipper, Clive and Joe as the possible liars.

Given what we know of Slipper and his reverence for Parliamentary protocol, it’s a big ask to think he’d intentionally mislead the House in what is possibly his last Hansard appearance.

That leaves Clive and Joe.

My own opinion, formed through prejudice and second-hand reports, is that Clive is a commercially fortunate clown who is making a bid for PM by assembling a PUP crew of electoral wannabees that looks awfully like the line-up on Celebrity Apprentice — minus the good ones. With his Isle-of-Man registered bizjet and bursting shirt buttons, the avuncular Clive has bounced Katter off the media radar for funny candidate stories and is possibly deluded enough to think he and his acolytes will have an electoral impact.

But would Clive lie to Slipper? Maybe. Everyone else has.

Clive would hardly be big noting himself by saying Hockey and Brough visited him — more down noting. Cruel pleasure perhaps? Offering Slipper a glimmer of hope that evidence was available and that justice might one day come, only to watch the victim sink even further into the slough of despair when he realised Clive had been lying.

Clive’s probably guilty of one or two mortal sins, but I’ve never heard his name used in cat-torturing stories and he doesn’t come across as a cruel man.

In fact, that leaves Joe swinging in the wind.

If the story is true, then Hockey knew about the Ashby conspiracy at least a fortnight before the story hit the Daily Telegraph on 21 April 2012.

A couple of days after Rares J delivered his verdict, the reduced Hockey said anyone who alleged he had any prior knowledge of the conspiracy could "go to hell!"

Maybe Clive will get to feed Cerberus a Schmacko (if the beast can rip it from Clive’s maw) on the strength of his perfidy, but Joe’s claim is looking more like wishful thinking than a likely outcome.

It must have been a bitter moment for the putative Treasurer to go cap-in-hand to Clive’s lair. Please sir? Just to be knocked back. Ok, maybe Clive does have a cruel streak.

Clive’s unwillingness to play begs the question of who did put their hand in their pocket (or handbag) to fuel the expensive Harmer machine.

Could Clive’s indiscretion over breakfast be the string that unravels the whole Ashbygate mess?

It is on record that a couple of weeks before Easter ‒ on 19 March 2012 ‒ Christopher Pyne had drinkies with Ashby in the speaker’s office (how deliciously naughty!) and the next day Ashby dropped into Bishop’s office for a chat. Pyne got sprung for telling porkies over his subsequent contact with Ashby and Bishop continues to deny meeting him at all.

Hockey too blustered his innocence, but the allegations are out there now, in Hansard — serious allegations that need to be addressed by the member for North Sydney. Otherwise, he’s going to have to tell half of Australia to go to hell. 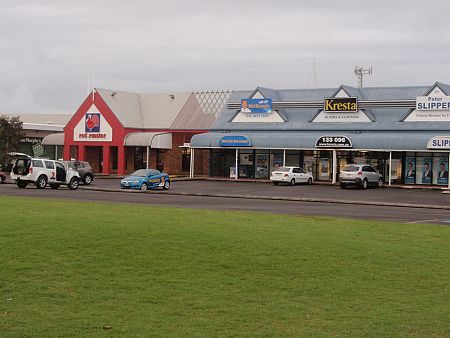