Scott Morrison has a talent for appealing to every day, ordinary Australians by playing the part of one of them, writes Dr Jennifer Wilson.

NO MATTER WHAT your opinion of Prime Minister Scott Morrison, it would be reckless to deny his success as a manipulator of his own image. Bear with me.

Morrison heads arguably the most corrupt federal government Australia has ever seen. Scandal after scandal has conspicuously not rocked its foundations or indeed caused more than a mere tremor, largely ignored by the Prime Minister. This is in remarkable contrast to the Government of former Prime Minister and Morrison mentor John Howard, who lost seven ministers to impropriety in his first year of office.

Of course, Howard’s stated aim was to maintain a clean house and, at the time, he endorsed the belief that misbehaviour by his ministers reflected on him as head of that house:

In contrast, Morrison’s method is to ignore as far as possible any impropriety by his ministers and behave as if it hasn’t happened. Ministerial misconduct does not reflect even on the minister involved and is most certainly not linked to Morrison. This cavalier attitude has resulted in an eye-watering suite of scandals that in previous times would likely have caused the collapse of a government, or at the very least, mass resignations of its ministers. 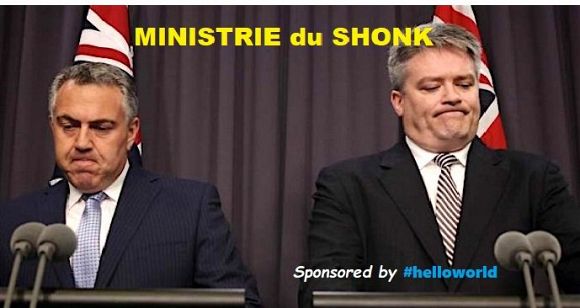 Is the Morrison Government corrupt?

Dr Martin Hirst reports on an alarming trend of secrecy, obfuscation and duplicity in federal politics.

It is reasonable to conclude that Morrison does not greatly care about corruption and, indeed, enables its pursuit by those he has appointed to high office. He and his party seek to benefit politically from targeted rorts at election time, for example.

The Prime Minister and the government he leads are steeped deep in the darker side of politics and are proficient in their practice of the willful denial it requires to flourish. Their goal is always to attain and retain power at any cost, a goal that in itself speaks to dark ambitions rather than any interest in the common good we might hope for from our elected representatives.

Compare this with the Prime Minister’s performance of the Daggy Dad character.

He builds cubby houses and homes for chooks. He makes curries on weekends for Jen and the girls. He is captured boyishly waving something from Bunnings while his wife directs a fondly exasperated gaze at her endearing twerp. Inhabiting this character, he is a regular bloke who likes a beer and his footy and loves his family. An “ordinary” man out to appeal to other “ordinary” men who can relate. This is a character without much complexity. What you see is what you get. It’s a character that signifies reliability and trustworthiness, a blokey devotion with just a touch of the larrikin.

If you don’t follow politics, you’ll believe in this Prime Minister.

However, Daggy Dad is a manufactured entity and Scott Morrison is adept in his performance of the role. Behind this façade of banality, Morrison ruthlessly manipulates to secure first his own interests and then those of his party. Daggy Dad is Morrison’s mundane cover, one to which he regularly returns because if you don’t closely follow politics – and many people don’t – it works. 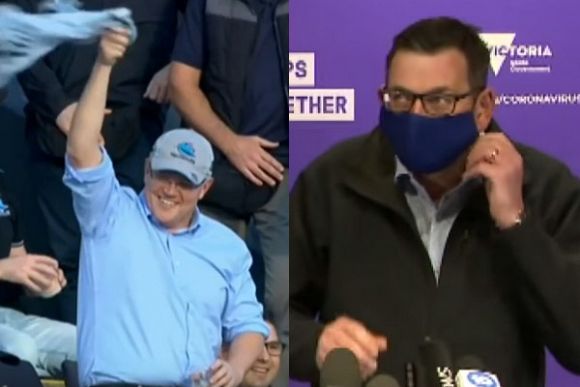 He has learned from his blunders. It’s foolish to deny this. But what he has learned is not to care more about the country and the people he governs. Rather, he has learned what he needs to do in order to protect his chances of retaining power, because this is what he cares about more than the effects of any bushfire or any pandemic.

If Morrison does the right thing in any situation, it’s only because that right thing coincides with safeguarding his ambition.

If you don’t pay a lot of attention to politics, you’re unlikely to see Morrison’s manipulations. Thus, the Prime Minister’s popularity has soared during the COVID-19 crisis, when in reality that crisis has largely been handled by state and territory leaders. Indeed, the Federal Government has been responsible for the disastrous neglect of the aged care sector during this crisis, yet Morrison has largely escaped responsibility for this catastrophe.

This state of affairs speaks to – or rather screams of – Morrison’s immense success in manipulating his image. There is nothing else that can explain his extraordinary popularity even as he presides over an astoundingly corrupt government that has done very little to assist the control of the pandemic in this country and has indeed been in some circumstances abjectly neglectful.

And, as an “ordinary” person might, the Prime Minister recently expressed his outrage at the distribution of Cartier watches by the CEO of Australia Post. This unacceptable rort amounted to some $19,000 and is of immense insignificance when compared to those Morrison himself has presided over, but it is the kind of rort to which Morrison can safely draw the offended attention of the nation’s Daggy Dads and their consorts. He has missed no opportunity to align himself with their disapproval.

In 2019, Morrison won the unwinnable election virtually by himself. Amongst the LNP and its supporters, his achievement was and remains heroic. According to the ABC’s Political Editor Andrew Probyn, Morrison’s ‘sheer ordinariness’ was his secret weapon.

Morrison’s sheer ordinariness remains his not-so-secret weapon and we underestimate it at our peril. Behind this apparent ordinariness dwells a power-hungry, driven manipulator who has nothing of the ordinary about him. Morrison has cleverly co-opted ordinariness and won an election with it. He’s going to stick with the winning formula.