After seemingly changing his stance on a 2050 net-zero emissions target, it's now up to Scott Morrison to actually do something about it, writes Stephen Saunders.

The United Nations desideratum of net-zero emissions is a newbie, as compared with related concepts of emissions trading or carbon neutrality.

The UNFCCC Paris Agreement came into force in 2016 to ‘achieve a balance between anthropogenic emissions by sources, and removals by sinks of greenhouse gases, in the second half of this century’.

The 2018 UN IPCC report pushed further. Humans had already warmed the world 0.8-1.2°C. To hold the line at 1.5°C, net-zero would have to be achieved by 2050 in ‘developed economies’, globally as ‘soon as possible’ thereafter.

Rising world emissions — neutralised. Rising atmospheric CO2 and land-ocean temperatures — arrested. Who wouldn’t buy that? But is it too good to be true? 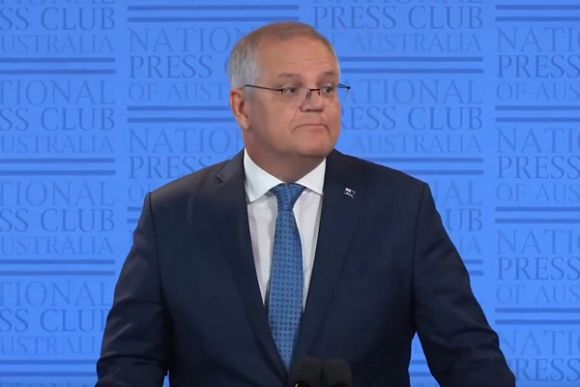 There’s scientific to and fro as to whether you can approach 100% renewable energy via “pure” wind, water and solar. There are quandaries of networks, transmission, storage, demand peaks and grid fluctuations. Meanwhile, industry and transport are much harder to decarbonise.

The other drive is “negative emissions”. Earth, atop its own carbon cycle, is groomed to “capture” excess human emissions. That’s no cinch either.

Humanity’s gleeful war on the environment marches against its net-zero aspirations.

Nominally, human CO2 “greens” the planet (and Australia). Yet humans have directly disturbed half the land surface. Just over 2000-2013, intact landscapes the size of Mexico were modified. No surprise, the planet’s Greenhouse Gas Index shoots up.

We’ve triggered the sixth wave of extinction, though business sells us expansive growth on the non-expansive planet. The U.N. environmental focus is the climate emergency. Playing down environmental degradation via human populations and overconsumption. 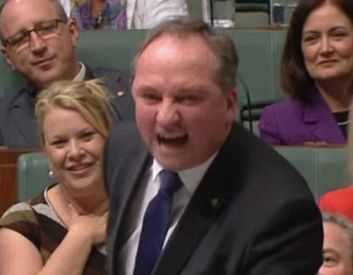 For blasting Indigenous heritage, three mining chiefs skim $40 million in termination payments. With floodplain harvesting rampant, we accidentally on purpose “lose” a fifth of Murray-Darling water. Even around Sydney, coal-for-electricity vies with water and habitat. A Caymans company can cream $80 million for an Aussie water mirage.

To top it off, Morrison looks to garrotte an EPBC Act already calibrated to yield repeatedly to over-development. Among wealthier nations, Australia’s more your green also-ran or climate laggard than a coming net-zero champ.

Crucially, if Australia and the world are that close to 1.5°C warming, they’re still that far from net-zero.

There are also non-CO2 GHG, especially methane and nitrous oxide. These outriders, messing with neat emissions projections and schemes, have also shot up.

Relative to the natural emissions cycle, human CO2 emissions are small. But lands and oceans mopped up only half of such emissions over 1959-2009, roughly 25% apiece. The planet’s lifted its absorption game, but that may not continue.

The planet reads aggregate, not per capita, emissions. Despite decades of global climate policy, atmospheric CO2 chugs past 400 ppm. The planet keeps warming.

That’s challenged by the implausibility that continuing economic growth can largely “decouple” from the severe pressures on the environment.

Landscapes and plants, especially tropical, may reabsorb less GHG than expected, while North and South Poles unveil heat and GHG surprises. Littoral landscapes might reabsorb GHG better than expected. That is if we weren’t trashing them. 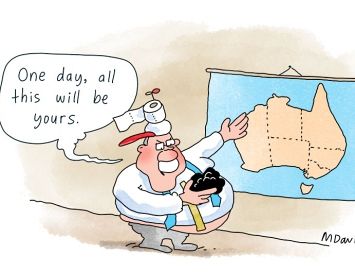 Apples are approximate, continually recalculated and less permanent. It’s bold to assume they can neutralise oranges. That tends to defer strenuous “emissions reductions” in favour of emblematic “negative emissions”.

I wonder if this computational net-zero could bind Earth to 1.5°C hotter. Meantime, Australia and its fossil fuel lobby add barbecue flavours to world emissions policies.

Back at the 1997 Kyoto discussions, the Coalition finessed the so-called “Australia clause”, allowing us big emissions “credits” via reduced land clearing.

Setting aside fluctuating LULUCF estimates, annual Australian emissions have risen from the 400s of megatonnes (Mt) in 1990 to the 500s today. Including them, data shows falling emissions.

But the population has grown 40% since 1990. Evidently, we’ve “decoupled” somewhat. It’s still a slog to net-zero, if less so for Ross Garnaut.

Garnaut glosses the physical and logistical problems of nullifying fossil fuel-based emissions. Usefully, he argues that an energy transition is affordable, that we could manage the intermittency of renewable energy.

Growth remains his key agenda, continuing ‘economic development... without sacrificing living standards’. Environment, rather than being externalised as such, becomes the get-out-of-gaol card.

U.N. net-zero presumes bold technologies — to accelerate renewables and shrink other human emissions. It repurposes the struggling environment as a high-performance carbon-sink.

It assumes that sink can deliver with continual absorption of human emissions “residues”. To ice the cake — Earth stops warming and green industry burgeons.

That’s an interesting aspiration for Australia. Environmental science commonly makes way for environmental spin. By contrast, under COVID-19, Morrison gives health science a front seat. He and the apex species are directly threatened. 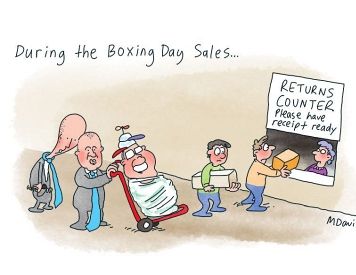 After two decades of refusal to acknowledge the science of climate change, it has taken a national bushfire tragedy for policy-makers to wake-up.

His “quiet Australians” also want climate action or net-zero. So, by all means, let’s cut emissions and make the energy transition, which could create jobs.

Beyond the scope of this piece, I wonder if our true manufacturing and industry revival does not call for something of a rethink from Australia’s post-1980s “market liberalism” and a renewed interest in strategic industry policy. Less about population and housing growth, more about productivity and tradeables growth.

Instead, some recommend for Australia, the Green New Deal of the U.S. and EU. Like net-zero, this rather tiptoes around the war on the environment.

For a moment, let’s accept that “negative emissions” and “emissions reductions” kindly restrict global warming to 1.5°C around 2050.

Unless Australia unexpectedly shifts its cultural settings of growth-at-all-costs, that still wouldn’t arrest our broad environmental decline. As we bulldoze their specialised green leaves, koalas can’t switch to white leaves from our emissions budgets.

After Fukushima, Germany shunned nuclear. Japan, too, went long on coal. Now Japan’s advertising net-zero. So is China, by 2060. Whereupon Australian journalism imagines the world’s “racing” to net-zero, pious UK urges Australia to “catch up”. Maybe Joe Biden or the EU will be our climate cop.

Moralising aside, you could also say robust plans to rapidly relinquish fossil fuels look like a struggle for many advanced and resource-rich nations.

Even after 15 years, the landmark EU ETS scheme covers less than half of EU emissions. Technically, such schemes reduce atmospheric emissions. But coverage of industries, firms and GHGs is patchy. Doubtful “offsets” are allowed.

Whether or not net-zero gels, European nations also maintain industry and labour policies, pro-energy transition. Of interest to us and the U.S. is that lignite-laden Germany purports a legislated and phased exit from coal by distant 2038. With $US44 billion (AU$56.7 billion) to buy off workers, companies and states.

That’s a manageable, if by no means a purist, carbon price. Analogously, could Australia afford to leave fossil fuels in situ by some set date?

After 2040, one could almost imagine farewelling coal. That’s late in the day. Gas is harder. On its own, NT Beetaloo Basin could see the Coalition derail any Aussie net-zero.