Want to vote for, say, an Independent or minor party Senate candidate, but not have your preferences flow to parties or people you don't like? Carl Scrase explains how. 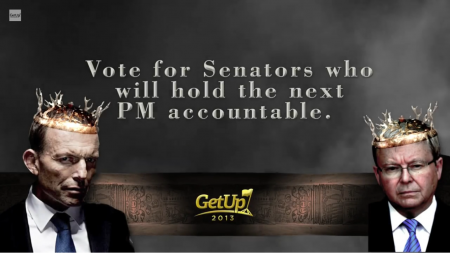 SOCIAL MEDIA has been abuzz with controversy about voting in the Australian Senate over the last few days.

Firstly, we had the Wikileaks Party preferencing drama and then we saw GetUp send out their Game of Thrones pop culture campaign.

I want to let you in on a little known secret that might well be the third big Senate news in as many days — it is possible to vote for who you want into the senate and not have your preferences go to other candidates. I will explain how you can use this little glitch in the system.

Melbourne based activist Albert Langer has been annoying the Australian Electoral Commission for some years. He was the mastermind behind the Neither! campaign, which argued that voters shouldn't have to direct their preferences to parties they didn't agree with. He found an anomaly in the electoral system that allowed voters to mark their electoral ballots in the House of Representatives in such a way that this could happen. He was ultimately jailed for his efforts and the government changed the rules so that all votes would flow to the two big parties. They were scared.

Well, guess what? He has found another little error in the system that we can play with this election.

In order to "save" votes, a small number of errors are permitted on the larger Senate ballot papers by the AEC. (See COMMONWEALTH ELECTORAL ACT 1918, s270.) 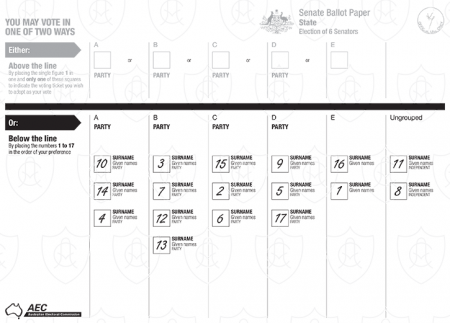 Paragraph 21 of the AEC Informal Voting Electoral Backgrounder notes that:

So, a voter can number all squares (or all squares but one), starting with 1, containing a minor error that will limit the allocation of preferences but not render the ballot informal.

In this case, the voter's preferences up to position 4 would be distributed before the vote was exhausted.

This means you can vote for whoever you want without the preferences being distributed to those you don't want to be elected. This is all very timely as there is large spread disapproval of both major parties and the preferential voting system in general.

So in this election, when you walk into the voting both and go to fill in the daunting Senate ballot paper, you might like to make a little mistake and save your vote from flowing onto either Tweedledum or Tweedledee.