MANY HAVE said it is about time for an update from the land of Jacksonville, and given there is a bit going on and some new information to share perhaps they are right.

As I’m sure you would all know there is a witch-hunt/Royal Commission in progress at the moment that will be looking into the Health Services Union (HSU) as well as other unions and looking at allegations of slush funds and corrupt practices.

One result of this Royal Commission is that it has supplied the likes of Kathy Jackson and Marco Bolano with a handy excuse for not commenting on anything.

In the past they have had no issues with providing comment during police investigations or during court hearings, but now the I can’t comment “because of matters before the Royal Commission” excuse is getting a great workout.

That’s because the microscope is suddenly on them.

The first of the slush funds, the “National Health Development Account” (NHDA), under Kathy Jackson’s control was exposed by Fairfax on the 29th April and was seemingly used to fund election campaigns for politicians whom she supported. This was,of course, done without the knowledge of the membership she claimed to represent.

However, more has been discovered.

It has emerged that the Royal Commission is looking into the funding of HSU election campaigns by Philip Morris, the U.S. tobacco giant. 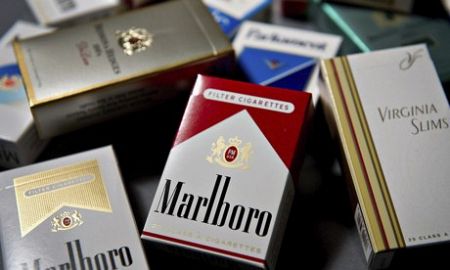 For what it’s worth Marco Bolano has stated that he is now aware that Philip Morris contributed to his 2009 election campaign, although he claims not to have known this at the time. This, despite the donations allegedly being in the tens of thousands of dollars.

Firstly, what the hell is big tobacco doing funding a campaign in a Health Services Union?

Now we have a 2009 HSU election campaign that not only Feeney backed but was heavily backed financially by Feeney’s contacts and former financial supporters. Hmmm.

If, after investigation, it turns out that Feeney sought any of these donations or if any of the Philip Morris money found its way via the HSU to benefit Feeney’s campaign, I assume the Labor Party will be forced to take action against David Feeney. As a party, the ALP would have to show they are serious about their own rules.

In order to do that, I would expect to see Feeney expelled from the Labor Party and someone else be given his Senate seat. Anything less would be an insult to members and a sign that the party doesn’t respect its own rules.

Which has killed more Americans - war or tobacco? Shocking, but now you know. pic.twitter.com/L4eYVc4Mg3

Just what the hell is a Labor Senator doing funding campaigns for these people anyway?

Let's not forget that these people are backed by virtually every right-wing shock jock and praised by right-wing columnists. Kathy Jackson also speaks at Liberal Party think tank events and is extolled in parliament by Tony Abbott.

This week has also seen details of yet another slush fund emerge.

A fund tied to the Shop Distributive and Allied Employees Association was found to have allegedly pumped tens of thousands of dollars into the 2009 and 2012 campaigns for Marco Bolano.

I guess this shows that with enough campaign funds, anyone is capable of winning. Although by 2012 the membership had clearly wised up with Bolano’s campaign failing abysmally just as the other Jackson/Feeney campaigns did.

Fairfax also revealed that back in 2009, the Jackson/Bolano ticket also received $30,000 from another slush fund called Industry 2020. This fund was linked to the Australian Workers Union.

It would seem that Kathy Jackson, David Feeney, and Marco Bolano have spent more time organising slush funds to benefit themselves than they have looking after the people they supposedly represent.

This made me look back over some of the bank account statements on my resource page and check some of the transactions I had categorised as miscellaneous. Below is a link to the breakdown of a 13-month series of statements with some queries in the miscellaneous section highlighted.

The $8,000 payment to Beth Jenson for recommending enormous pay rises to Jackson and her factional allies is alarming, but not surprising.

The $1,327 payment to Michael Lawler once again shows his involvement and also raises questions of why a union is making payments to the vice-president of the industrial relations umpire and watchdog, Australia’s Fair Work Commission.

Also shown is a mystery payment of over $50,000 to creditors that could be anyone, as well as $42,000 being paid into the aforementioned NHDA slush fund exposed by Fairfax last month.

This $153K got me wondering if it was another slush fund, so I contacted the union to find out.

The way it was described to be is that it is a consolidated entry for numerous payments for all sorts of legitimate accounts. However, the bank is apparently unable to give a breakdown of what went where.

This leaves a huge question mark over the account as the money could have literally gone anywhere and nobody would know.

It would seem the Financial controller at the time, Jane Holt, has some serious questions to answer.

Also emerging have been further examples of Jackson's extravagant spending on the members’ dime.

Below is a link to a spread-sheet with details of the spending and how it was paid. Also below are links to PDFs of the receipts.

Some of the receipts are quite faded and although readable to the naked eye, proved difficult for the scanner. So I've put their totals on the spreadsheet only. 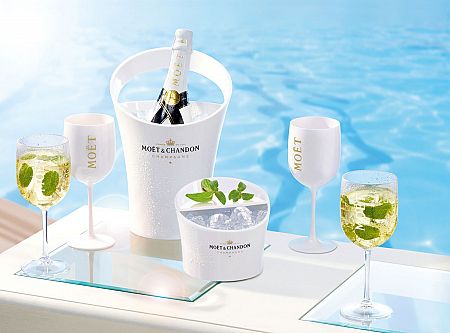 There seems to be a lot of members’ money being spent on alcohol. Not just beer for a branch BBQ either. We are talking Moët & Chandon, Veuve Clicquot, gin and Midori. One of these benders cost the members a cool $973.79.

Jackson is clearly not a believer in the “free lunch” either. Instead, we have a $446.30 lunch.

Also coming to light are the details of a stay at the Bellagio in Las Vegas on the members’ dime, the receipt is linked below.

I suppose she at least she managed to get a discount rate via the Internet.

Then there is the flight itinerary for 24th September 2011 below.

Don’t get me wrong, I understand the need to travel for work, and I don’t think that $136.70 is an exorbitant spend.

However, I would like to think that Michael Lawler as the vice-president of FWC, with a tax-payer funded salary of around$400K p.a., could afford his own plane ticket. I hope he can provide some proof that he repaid the money.

Last, but not least, we have a Jackson family holiday at Mount Buller which the HSU Branch No. 3 have confirmed was paid for by the union membership.

In Jacksonville, it seems that just when you think there can be no more to find, evidence emerges that shows that we are still probably just scratching the surface.

Let’s hope that this Royal Commission flushes more evidence out of those who may be hiding it and let’s also hope that the Victorian Police break with tradition and actually do a better than half-arsed job of investigating Kathy Jackson and her allies instead of leaving it to me and the Melbourne office of Fairfax.

It would make a nice change.