THE CHRISTIAN CHURCH is not the only established institution to have neglected its solemn duty to the people of the United States, Australia and some other countries in recent years. But it is arguably now the most culpable, given its mission, its power and the nature of the evils infesting these nations.

Central to the disastrous mismanagement in the United States and Australia have been the entrenched habits of the former Trump Administration and the current Morrison regime to lie routinely. Former President Donald Trump set a record unlikely ever to be matched, with the Washington Post recording 30,534 false statements during his four years. That’s 21 per day.

Morrison’s ministers also lie frequently, if not on quite the Trumpian scale. The fact that there have been fewer lies from his successors than from Liberal ex-Prime Minister Tony Abbott is no excuse. 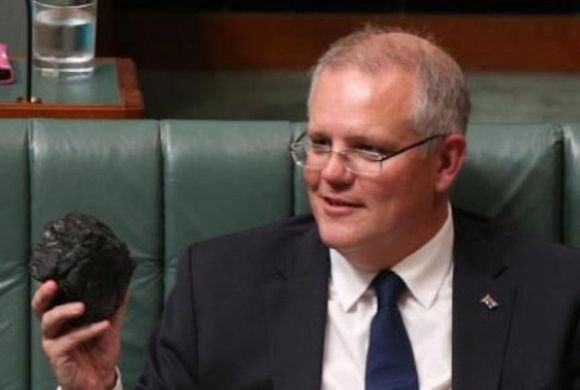 The evil of deliberate lies is not just a side issue to adherents of the Judeo-Christian faiths. It is not one of the lesser ten commandments, ranking ninth. It is in fact, according to orthodox theology, the question which determines whether someone is a child of God or of Satan. Yes, Satan. The devil.

In a searing exchange with a group of deeply-religious scribes and Pharisees, Jesus of Nazareth condemned them for their falsehoods in strong religious language:

'You are of your father the devil, and you want to do the desires of your father. He was a murderer from the beginning, and does not stand in the truth, because there is no truth in him. When he lies, he speaks from his own nature, for he is a liar and the father of lies.'

This theme – that those who tell lies are followers of Satan – reverberates throughout the Judeo-Christian texts. One very early Hebrew document describes the appointment of the first civil administration after Moses had delivered the Israelites from slavery in Egypt. God instructed Moses, through his father-in-law Jethro, to delegate decision-making to carefully-chosen appointees.

The qualities of those in positions of authority are instructive:

'Moreover, you shall choose out of all the people capable men who fear God, men of truth, hating dishonest gain, and place these men over them, to be rulers of thousands, rulers of hundreds, rulers of fifties, and rulers of tens.'

All liars condemned to hell

All the Old Testament prophets condemned liars in high office, including Amos:

'I will cut off the ruler from its midst, and will slay all its princes with him, says the Lord ... The lies which their fathers followed have led them astray. So I will send fire ...'

The New Testament writers repeatedly affirm truthfulness and condemn falsehoods. Many regard this claim to be Jesus Christ’s central manifesto as the son of God:

The final apocalyptic book in the Christian Bible condemns to hell – ‘the lake which burns with fire and brimstone’ – the abominable, the murderers ‘and all liars’. So it’s pretty emphatic.

So why are religious leaders silent? Particularly in Australia where so many of the frontbench, including the Prime Minister himself, profess a deep, personal Christian faith?

Condemnation of the Government’s lies from a senior archbishop just might gain attention. A joint statement by all bishops – either Catholics or Anglicans – would be newsworthy. A manifesto signed by all Anglican and Catholic bishops, all Uniting Church moderators and the heads of the Lutheran, Presbyterian, Orthodox, Baptist, charismatic and other denominations would carry great weight.

Now imagine a call to truthfulness from all those combined with the voices of the Buddhist, Jewish, Bahà’i, Islamic, Hindu and other communities.

Yet at a time when truth has been under unprecedented attack, and falsehoods are doing untold damage and causing incalculable deaths, religious leaders have never been so silent. 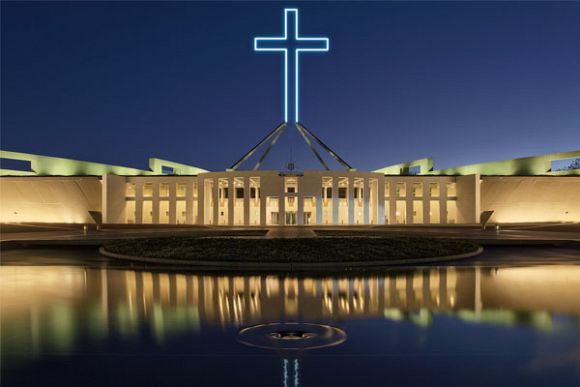 The USA has a proud history of spiritual leaders challenging social evils: Reinhold Niebuhr, Dorothy Day, John Howard Yoder and Martin Luther King Jr.. Today, in contrast, the loudest American religious voices are from the evangelical right — those who stand in the tradition of the scribes and Pharisees rather than the followers of Jesus of Nazareth.

Australia also has had many strong religious voices for political and social reform in the past. These include Archbishop Daniel Mannix, the Rev Alan Walker, B A Santamaria, Rev Peter Hollingworth (before he became bishop), founder of God’s Squad motorcycle club John Smith, St Kilda’s Father Bob Maguire and Pentridge prison reformers Fr John Brosnan and Fr Peter Nordern.

All these people have died, except Nordern who left the priesthood in 2009 and continues his advocacy outside the church and Maguire and Hollingworth, both retired.

This pretty much leaves Father Rod Bower of Gosford Anglican Church whose signs in red and black capitals call passing traffic – both literally and via the internet – to repentance, including for the sin of lying.

Affording high honours to people who express detrimental and discredited views will undoubtedly compound the damage their opinions have caused. pic.twitter.com/0PbbUu4EAl

Americans and Australians have suffered greatly as a result of having liars in high office. Their economies have deteriorated, poverty has deepened, corruption has flourished, countless lives have been lost to suicide and other preventable causes, racist policies have been implemented and election outcomes distorted.

News Corp, which employs hundreds of writers specifically to falsify the record, has exacerbated all these evils in both nations.

We will never know if this destruction might have been averted had faith leaders defended truth more boldly. Those leaders will never know how much stronger their communities might be now had they been more obedient to their foundational doctrines.