Refugee torture and the darker Australia

Last night’s ABC 7.30 diminished Abbott like nothing before it. And it came close to destroying Morrison. 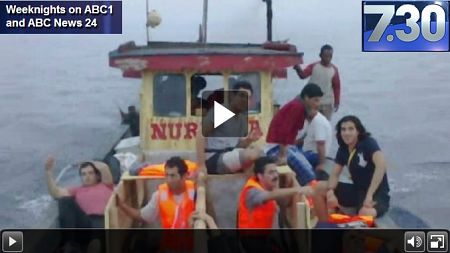 How many pregnant women has he put into those baking-hot ‘lifeboats’, and how many little children has he traumatised? Does he not understand that torturing pregnant women, and brain-damaging the unborn, are crimes against humanity and, in most religious jurisdictions, mortal sins?

No wonder he and Angus Campbell gave no details, each week, at their tight-lipped press conferences. They were covering up ‘operational issues’ of Abu Ghraib dimensions that could see them, probably, convicted and imprisoned in The Hague.

What we have here is a criminal government, protecting its own.

And what we have here is a primal sin – ‘border protection’ – that stains our name as slavery stained America. Women and children are being tortured, and foetuses mutilated, on the high seas while being people-smuggled on a dumb-bum’s orders into a country that does not want them. Young men on Manus are being tortured (and what else is it but torture?) by being told, hey, you could be here forever, and murderously attacked when they riot against this injustice. These are young men with worried parents in Iran, Iraq, Pakistan, Sri Lanka, who themselves may be tortured when their names are made known.

Scott Morrison thinks this isn’t happening. He thinks he is merely tormenting some pregnant women so some others won’t drown — but it’s worse than that. He is tormenting children and, yes, probably, against his own religion, killing babies in the womb.

It is important to distinguish his approach on ‘border protection’ to Tony Burke’s.

Burke’s policy, successfully practised for eight or nine weeks, was to take boat people not to Indonesia but to Manus Island. There they were told they would be assessed, and settled, probably, in Niugini, probably soon, as free immigrants with ordinary civil rights in a functioning if unsafe democracy.

Morrison’s policy is to tell those already on Manus they may be imprisoned forever, and to kidnap those approaching in boats and dump them, illegally, in Indonesian waters, near some fishing village from which the Indonesian authorities may take them, like Schapelle Corby, to imprisonment from which they might not – mother and child, stateless young man – escape.

I still find it hard to believe Australians are doing this — to blameless children and scared women and capable young graduate men like Reza Barati. But it may be that I have mistaken my countrymen for better people than they are.

They, after all, raped and ‘scraped out’ little girls in Salvation Army orphanages. They raped disabled boys. They bashed, enslaved and shamed a generation of English kids like David Hill whose parents were still living. They stole three generations of light-skinned babies from their mothers, to save their white fathers the inconvenience of supporting them. They drove Catholic boys and girls to suicide. And they lately elected Eric Abetz, who is redefining ‘disability’.

7.30 last night showed this darker Australia memorably, and, like the Stolen Children report, may have changed the way we think of ‘Australia’ in terrible, wrenching ways. We are now kidnappers and torturers of pregnant women; murderers of young architects; head-bashers and throat-slashers, Scott Morrison calls patriots performing ably in difficult circumstances.

It is not the Australia I believed in, and my father spent six years of the war fighting for — for a while, as it happens, in New Guinea.

It is a different place altogether. 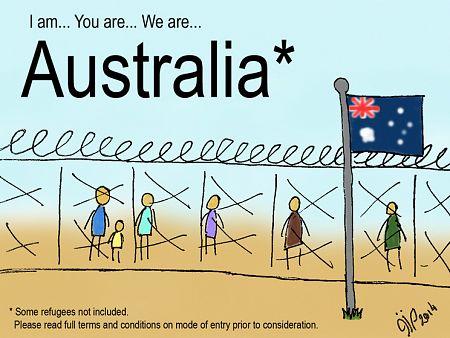 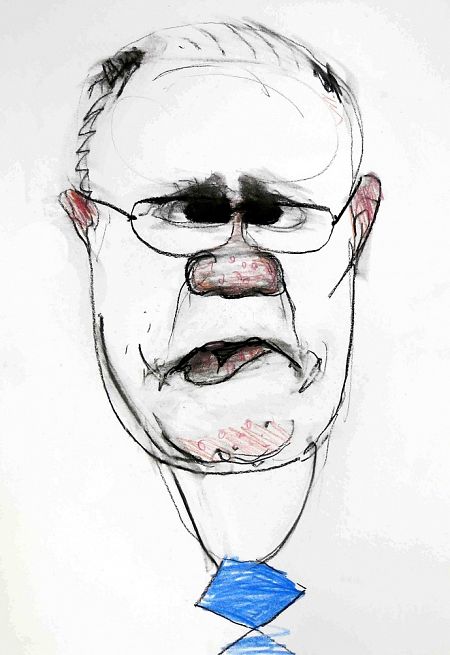