One of the dangers of Australia’s recession is the risk that politicians will accommodate the demands that vested interests will make, writes Dr Ross Stitt.

AUSTRALIA IS entering treacherous waters. After more than a quarter-century of economic growth, the country has now gone into recession. And not just any recession — the deepest downturn since the Great Depression of the 1930s.

The recession brings many self-evident problems, from high rates of unemployment to widespread business failures. But there is a less obvious danger that we overlook at our peril — the role of vested interests in the economic recovery.

Now more than ever before, governments at both a federal and a state level will be inundated with advice from vested interests as to what must be done. Some of the ideas will be good, some will be awful, many will be self-serving. The pressure on governments will be enormous; the consequences if they succumb too often will be catastrophic.

The calls for "tax reform", which started months ago, will increase. Invariably much of what is cast as tax reform will mean only one thing — tax relief. This will be promoted as the key to driving recovery.

Well-targeted tax cuts could be beneficial if they achieve greater efficiency, remove inequities and reduce disincentives to work and invest. However, unfocussed across-the-board tax cuts might simply exacerbate an already dire fiscal position.

Of course, the best time to undertake tax reform is when things are going well; when budgets are not under pressure. Unfortunately, Australia has seen no major tax reform since the introduction of Goods and Services Tax (GST) two decades ago. We will now pay a high price for that failure, with a system full of inefficiencies and distortions at a time we can least afford them. 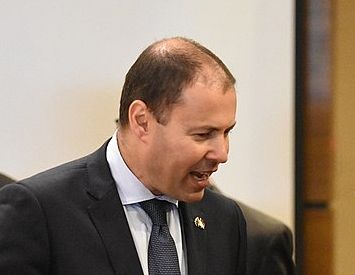 Relative to the rest of the world, Australia’s economy now is worse than at any time in the past.

We will pay a double price if – having failed to reform the tax system in good times – we now rush through half-baked reforms promoted by vested interests during an economic crisis.

Another urgent demand from many will be the slashing of "red tape" and "green tape". There are clearly areas of the economy where excessive regulation and bureaucracy act as a handbrake on economic activity. However, some businesses will use the cover of a devastating recession to lobby for the removal of vital safeguards against everything from uncompetitive behaviour and price gouging, to environmental damage and unsafe work practices.

It would be a mistake to confuse self-interest with ideology — to view calls for lower taxes and less regulation as part of some consistent right-wing agenda. Many of the people making these calls will also be among the loudest voices crying out for more government intervention in the economy through financial subsidies, support payments and public spending on anything that benefits them.

Calls for government money will become deafening in the months ahead and they will come from all parts of society and from interest groups across the political spectrum. To paraphrase a former prime minister, there’s never been a more exciting time to be an Australian lobbyist.

To be clear, many of the appeals for government intervention and assistance will be valid, and appropriate government stimulus will be critical to restoring the health of the Australian economy. But the challenge for governments will be to separate the wheat from the chaff; to be guided by what’s good for the country rather than by what benefits self-serving supplicants.

There is an added danger here — self-interested politicians. When there are unprecedented demands for government largesse and legislative reform, there are also unprecedented opportunities for politicians to gain personally by satisfying those demands. The spectre of reciprocal altruism looms large in troubled times. 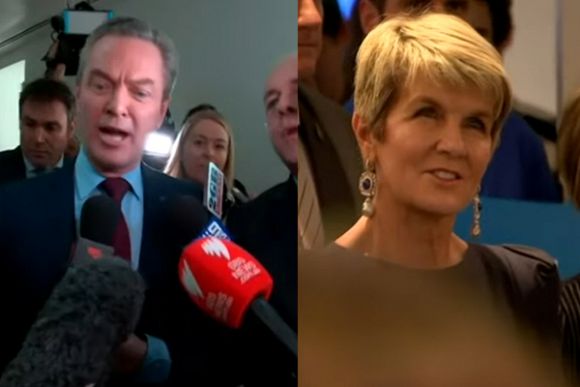 Our politicians have become an unaccountable ruling class

Australia's Government seems to be continually working against the public and avoids penalties for questionable practices.

Reciprocal altruism refers to politicians advancing the interests of a specific group in the hope, expectation, or understanding that that group will reciprocate the "favour". That could take the form of political donations or a cushy well-paid sinecure when the politician leaves the political stage.

There are plenty of examples in the past of retiring parliamentarians from both sides of the aisle, slipping smoothly into well paid private-sector jobs in areas where they previously had government responsibility. Who knows how many reflect an unprincipled quid pro quo?

This practice has always constituted a serious threat to good governance. The threat will be particularly acute in the coming years as governments grapple with Australia’s economic crisis and are bombarded by demands from vested interests.

At a moment when good policy has never been more important, it is crucial that our policymakers put the public’s interest first, not their own.

An independent and transparent anti-corruption commission is an essential part of achieving that goal. It is lamentable that no such commission yet exists at the federal level in spite of the obvious need and constant calls from parties like the Centre for Public Integrity. Establishing one should now be an urgent priority.

We need people in politics who are there to contribute to society — not to seek power, a pension and great post-parliamentary employment prospects.

Worrying times for Australia’s economy as newly released figures show a record fall for the last quarter, meaning the country has entered its first recession in nearly 30 years https://t.co/SVzy1ASPkv pic.twitter.com/WgmTXWIQZ9

22 September 2021, 4:00pm The OECD has recommended tax reforms by the Australian Government to reduce reli ...

7 September 2020, 4:30pm One of the less obvious dangers of Australia's recession is the role of vested ...

Will there be a rise in populism in post-coronavirus Australia?

24 May 2020, 4:00pm Australia has avoided the pains of political populism, so far. If that were to ...
Join the conversation
comments powered by Disqus
News updates