Questioning Neilsen and the robopolls

Serious questions must be asked about the methodology used by Neilsen to get its 47-53 result this weekend, says Bob Ellis. 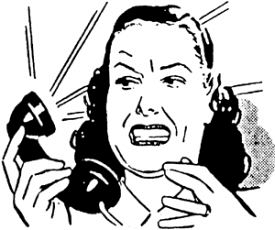 HOW DID the Nielsen poll obtain the numbers, 53 to 47, that have been used with such deadly effect in every news commentary this past weekend, asks Bob Ellis?

They polled landlines on weekdays, it seems, omitting all the young. They polled about 180 voters in each of Brisbane, Forde, Longman, Herbert, Dawson, Bonner, Flynn and Fisher — all of them old, each of them insignificant figures. They polled Griffith during the debate — 250 of the respondents so hostile to Rudd they weren’t watching it. But they still didn’t get, even among septuagenarians, a preferred Prime Minister vote for Abbott.

This was the first Monday-Tuesday-Wednesday Nielsen poll in world history. In the past, they have polled on weekends, day and night, when people were home. This time, only the elderly were. And only those elderly who could still afford a landline — in Queensland a minority. The ‘swinging electorates’ voters ‒ 180 each ‒ were all polled before the debate, which Rudd won, and before the Boat Buy Back and the Toorak-Turramurra Baby Binge which cost Abbott votes.

What we really have here is a snapshot of another era taken among the old.

And, on top of that, the

‘...data has been weighted to reflect the population.'

Do we know how this weighting was done?

If, on the basis of the 2010 election, does this make any sense at all in what is clearly a changed situation? Even then, we see a ‘sampling error of approximately plus or minus 3 percentage points’. 3 plus 47 is 50. Why ‘approximately’? (Let’s make that 51.)

If all this were indeed true and accurate, we would surely have seen in the Sydney Morning Herald or the Australian Financial Review some reason for it. Some notation of Abbott’s victories all week. But he lost every round.

All we have is ‘rude Rudd’, a man who, absorbed by the most important hour of his life, did not speak to a make-up girl — a make-up girl in the pay of Rupert Murdoch — a bad, bad man.

So, landlines; the old; all before the debate; in the swinging constituencies in insignificant numbers; taken when most breadwinners were still at work, or commuting home. If enough Undecided think that Abbott will win, they may well vote for him. Advertising works. Could this latest poll be a work of propaganda, not statistics?

As I write this, a million young people are ‘undecided’, leaning to Rudd. About half the others prefer Labor, 50.1 or 49.9. In Queensland, the swing to Labor is about 4 percent, but Katter will pick up two seats, Palmer one, and Brough will not win Fisher. But if these poll headlines remain uncontradicted, the vote may slip back and Labor may lose – my worst nightmare – by one seat.

What Labor should do is demonise the Lonergan robocalls first, then ReachTELsaying, ‘If you believe a methodology that rings nobody under sixty, you’re crazy. We’re behind, sure, of course we’re behind, but this is ridiculous’, and quote Colebatch in the SMH. I call on Beattie, or Hawker, or Dreyfus, or Bradbury, or Clare, or Albo to do so. It is absurd that WMD should go unresisted, that possible cheating – deliberate or otherwise – should go unremarked, and surrender embraced. A belligerent press conference would be in order.

And it will not, cannot hurt. Criticising the Nuigini Solution worked, or worked for a while, for the Liberals. Criticising our budget numbers worked. Why would criticising robocalls not work?