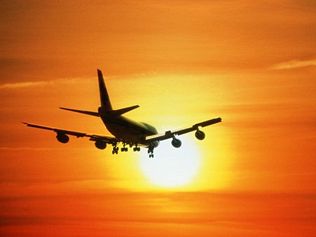 Qantas management’s fleet grounding was just a mechanism to blow the dispute out of all proportion to frighten the Australian public and legitimise illegitimate actions, says Shaun Newman.

The Qantas actions recently have reminded me of how the mindset of the rich and powerful and their servants within the Liberal Party and, in Queensland, the LNP think. The action of grounding a fleet of aircraft worldwide, rather than negotiating an industrial agreement with their workforce, is just the sensationalised and sometimes outrageous way these people actually think, without regard to anyone else including the traveling public’s inconvenience or welfare.

The young may not know the way the Liberal Party used to solve industrial disputes: firstly, the method is to blow the dispute up out of all proportion much as a frilled lizard blows their frill up to look menacing; then send in stand-over men disguised under hoods with attack dogs, such as Alsatians or Dobermans.

Tourist numbers have decreased to Australia as a result of natural disasters around the world, hence lower profits for airlines including Qantas, not that it made a difference when it came time for the allocation of the Qantas executives remuneration. Qantas is fabricating a crisis for the purposes of driving their payments to employees on the balance sheet in a downward trend.

The friends of the executives, the Liberal Party, used this methodology in government to sensationalise event such as the waterfront dispute, Tampa, “children overboard” and the Northern Territory Intervention, to name only a few of the incidents that were blown well out of all proportion to frighten the Australian public and legitimise illegitimate actions.

To the best of my knowledge, Qantas made over $500 million in profit this year — if that is so, and the CEO has seen fit to reward himself with a 71 per cent pay increase, why is it not a “fair go” that the people who actually produced that profit be rewarded with a pay increase?

This is a time when Australians should be coming together and celebrating with each other for having survived a global financial crisis; it is not the time for overpaid executives of large Australian companies to be stranding the travelling public just because they are personally unable to share the good fortune of the company they currently represent with the workforce who got them into this situation. This is known as pure “corporate greed.”