MAJOR DEMONSTRATIONS in Melbourne, Sydney and Brisbane with thousands of people protesting their loss of “freedom” and rejection of vaccine mandates are cause for alarm.

Having watched the dreadful scenes in Washington DC on 6 January, the sight of the hangman’s scaffold in Melbourne is a grim reminder of what can happen.

Essential questions arise from these protests. At a time when climate change impacts and biodiversity loss are threatening life on Earth, whatever is going on in the minds of these protesters?

Is there a sickness spreading across the country?

The protests are allowing, if not ensuring that the most critical problem facing the planet is ignored. The failure to take decisive action over climate impacts as Earth grows hotter and hotter is an issue that must have priority. Australia was rightly named the “colossal fossil” at the Glasgow COP26 summit. But as usual, the Morrison Government has shrugged off global and national criticism. 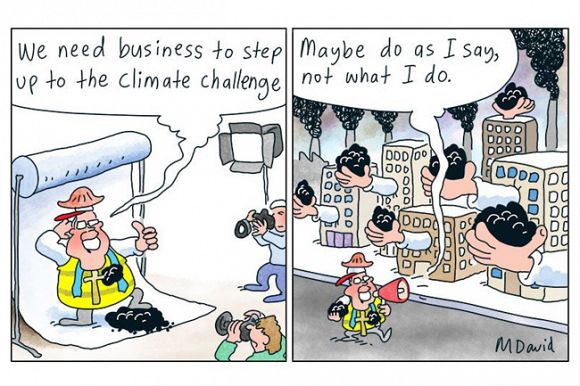 Since Morrison came home, the public has been given all sorts of marketing blurbs by the PM about his Government’s actions on net zero 2050, destined to “make Australia great”. Along with Angus Taylor, his Minister for Energy, policies are coming thick and fast.

Many are not getting the focus they deserve. A cynical observer of the current parlous status of affairs could be forgiven for thinking the protests have come at the perfect time. A grand diversion from the real issues. Like achieving net zero carbon emissions as soon as possible.

Morrison’s efforts to counter his Government’s failure to introduce urgently needed net zero reductions by 2030 are highlighted by the complexities of policies and their inability to do the job.

Technology is Morrison’s response. Yet the most obvious solution, apart from ending fossil fuel projects, is to stop the industrial logging of native forests and address solutions to methane gas produced in the livestock industry.

Sequestration of soil carbon is one of the Clean Energy Regulator’s net zero policies.

A sequestration project is a project that stores carbon in vegetation or soil.

All sequestration projects are subject to permanence obligations. The re-named Emissions Reduction Fund (ERF), previously known as the Climate Solutions Fund (CSF), requires sequestration projects to choose a permanence period of either 25 or 100 years. Once the time period has been nominated, it can’t be varied unless there’s notification of reversal due to a fire event. 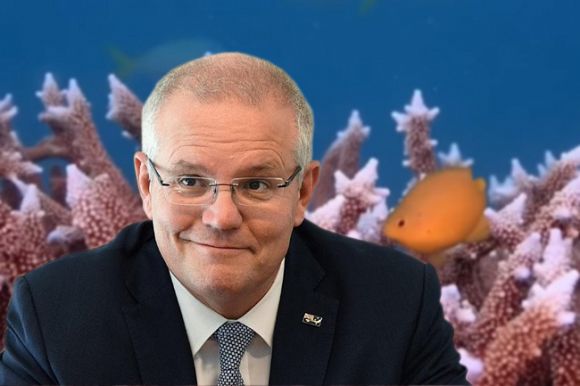 By failing in climate policy, Prime Minister Scott Morrison is also failing in protecting the future of the Great Barrier Reef.

The ERF was established as a ‘voluntary offset program providing new economic opportunities for farmers, forest growers and landholders’.

According to the website, a carbon project holder can choose to bid into an auction system managed by the Clean Energy Regulator to sell Australian carbon credit units (ACCUs) to secure income. The CSF buys the ACCUs for project holders should a bid be accepted, then the holder can sell the ACCUs to other buyers who have a requirement to offset greenhouse gas emissions produced by their operations.

‘If you choose the 25 year option, there will be a 20% reduction in the number of ACCUs issued for your project. This is to cover the potential cost to the Government of replacing carbon stores after the project ends. This reduction is in addition to the five per cent risk of reversal buffer (a total reduction of 25%).’

As if this procedure isn’t complicated enough, the website further details:

The forest's carbon stock is calculated by collecting and analysing tree samples from different parts of the forest. Using a series of mathematical equations, the data from the sample trees are used to estimate the amount of carbon stored in all the eligible areas of the forest. The net amount of abatement during a project's reporting period is determined by subtracting any actual emissions due to fires and fuel use from the theoretical emissions that would have been caused if clearing had occurred.

Clearly, this is not a solution to carbon emissions generated by Australia, the world’s second-largest coal exporter. Damage caused by the 2019-2020 Black Summer fires caused massive losses of topsoil. 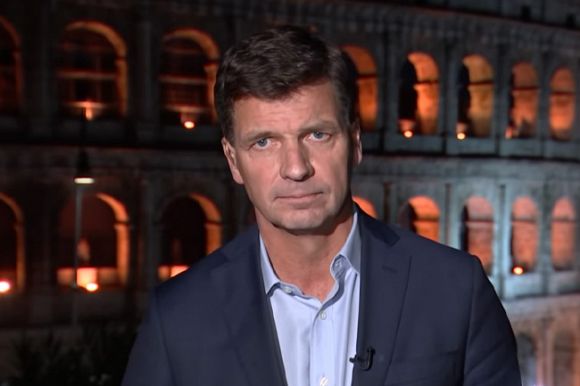 Angus Taylor has admitted the Safeguard Mechanism was never designed to compel companies to reduce emissions.

The report estimated the carrying capacity of soil loss was reduced by a third in burnt areas. Private land was estimated to have a 45% increase in soil loss. North and south coast regions were the hardest hit.

Professor David Eldridge, from the University of New South Wales School of Biological, Earth and Environmental Sciences, studies the effects on soil after bushfires.

...erosion following fires had many adverse environmental effects, ranging from loss of soil carbon and nutrients such as nitrogen and phosphorus, to clogged waterways and reduced habitat.

“Soils take a long time to recover after fire because formation rates are extremely slow,” he said. “A typical rate for NSW is about one centimetre every thousand years. Repeated high-intensity fires will slow down this rate of soil formation.” 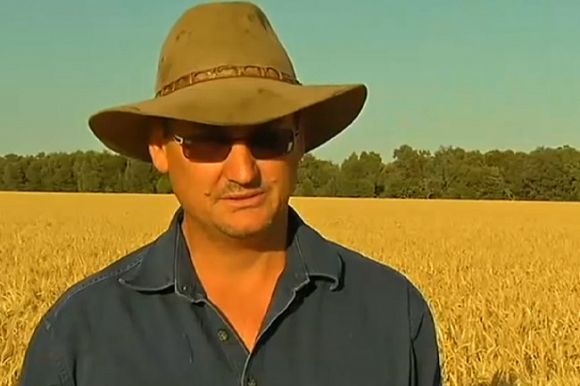 A CSIRO analysis on soil recovery after the fires indicates if the microbial community is sufficiently compromised by the heat of the fire and subsequent damage to the soil, it may be easier for disease to create a foothold.

‘Forest harvest and wildfire can accelerate rates of carbon loss from soils. Harvest removes the amount of vegetation that can be added to soils while wildfire removes organic carbon from both vegetation and soil.

Moreover, harvesting can have indirect effects on carbon storage by changing microclimate conditions, such as changes in soil temperature and moisture.’

Add to the mix plans to burn forest biomass for green hydrogen and any soil carbon sequestration project becomes a complex proposition.

Where do these insights leave farmers and landholders seeking an income from soil carbon sequestration?  Are they being used as pawns in an obscene climate change gamble?

Until the industrial logging of native forests is banned and forest biomass is banned as a feedstock for green hydrogen, any soil carbon sequestration project is full of holes.

Meantime, it seems the protest movement is living in a fantasy world increasingly supported by politicians with no concern for life on Earth.