Prepare for a lot more about Arthur Sinodinos

Arthur Sinodinos is scheduled to front the NSW ICAC on Thursday*. Sydney bureau chief Ross Jones is very much looking forward to it.

YOU’RE GOING TO HEAR a lot about Arthur Sinodinos over the next few days.

The esteemed senator, former right hand man to John Howard, is scheduled to front the NSW Independent Commission Against Corruption on Thursday 3 April 2014. As a witness, of course, no allegations of corruption.

But being a witness before the ICAC can be a very unhappy experience.

Sinodinos had pretended he’d foregone a small fortune to become a senator, eschewing his potentially golden 5 per cent of Australian Water Holdings (AWH).

What he didn’t say was that AWH was on its knees, racking up huge losses, net asset position minus $2.7 million, waiting for the O’Farrell Government to hit the green light. After all, donations to the party had been substantial and mates are mates, right?

Not when anything called Obeid is involved – political Milats – cursed for the rest of recorded history.

AWH was cursed from the start.

It started life as the Rouse Hill Infrastructure Consortium and had its genesis in May 1990. Rouse Hill, in North West Sydney, was then largely a greenfield site, various bits of which were owned by various developers, earmarked for serious residential development.

On 24 May 1990, the then Water Board came to an arrangement with a consortium of developers – Hooker Mercantile Pty Ltd; Lauriston Developments Pty Ltd; Graham Trilby Pty Ltd; North Sydney Brick And Tile Company Limited; and Stockland (Constructions) Pty Ltd, together with the NSW Land and Housing Corporation and the entity then known as Rouse Hill Infrastructure Consortium Pty Ltd.

On 16 October 1992, a further agreement was entered into by the same parties for agreement for Stage 1 of the project, known as RH1. This was a cost plus contract with various parameters.

The lawyers were changed between contracts. Sly and Weigall did the first, Coors Chambers Westgarth the second.

On 19 November 1999, the then Greens Member Ian Cohen stood in parliament and gave the RHIC consortium a serve for destroying wide swathes of remnant forest housing endangered fauna and flora.

Nevertheless, the company got on with the next stages, known as RH2 and RH3. Separate companies were formed for these stages.

But there is only so much you can do in Rouse Hill, unless you have a cost plus contract with Sydney Water.

So, when RH3 had basically run out of things to do, except effect a bit of landscaping to cosmetically ameliorate the destruction that had been wrought, in stepped the spivs.

Cost Plus? That’s Us!

It makes you weep for the concept of parliamentary democracy when blatant, cross-floor corruption can flourish.

Thursday should be good.

* EDITORS NOTE: In an earlier version of this article we said Sinodinos was appearing on Wednesday. This was correct at time of writing, but his appearance was deferred today. 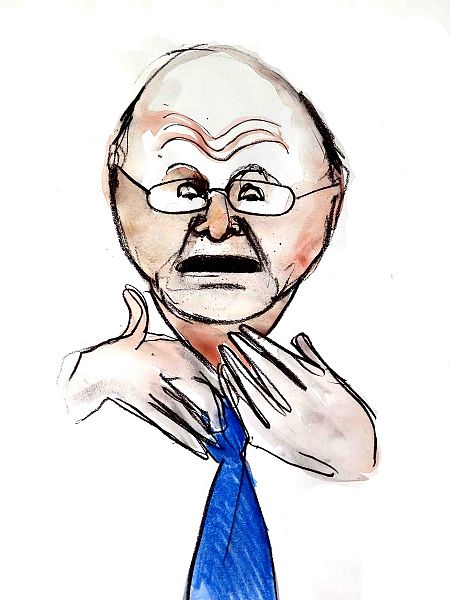 Barnaby Joyce wasn't drunk... no! It was just another Oscar-winning performance: Flashback 2021

18 May 2022, 12:00pm While many parties promise a federal ICAC, FIN is the only party truly committed to ...
Join the conversation
comments powered by Disqus
News updates