Australia’s political establishment has shown how incapable it is of self-reflection – let alone placement – of its situation relative to the Ukraine crisis, writes Dr Binoy Kampmark.

IT'S BEEN A SAD SITUATION.

Ukraine, moving towards partition, even dismemberment, caught in the geopolitical vice of various powers.

Half-narratives, half-truths, some sincerity and much disingenuousness, followed by a referendum in Crimea and swift annexation by the Putin regime.

Then, with a primate’s conviction, the Australian Government has joined the sanctions regime against Russia over a country most of its officials would struggle locating on a map.

The “interest” supposedly had by Australia in Ukraine’s situation is best exemplified by the efforts of a few parliamentarians to identify a tincture of relevance.

Alex Hawke, the Parliamentary member for Mitchell, is obsessed by those “rights of minorities” in Crimea that have been trampled by “mob rule”.

Deputy Opposition leader Tanya Plibersek’s history lesson in the lower house on March 17 was off the mark on numerous points, but served to highlight how conformity is the enemy of accuracy:

“Half a world away in Australia some people ask what difference it makes to us here.Of course, members of the House know that we have very strong Russian and Ukrainian populations here in Australia.”

Plibersek is careful to then leapfrog onto the next point, which is how the crisis has

It follows that Australia needs to

What is this international view? Most definitely American.

Australia’s somewhat confused Foreign Minister, Julie Bishop, performs, on a good day, as an office clerk of the U.S. State Department. Canberra press briefings on foreign policy tend to be plagiarised from U.S. precedents. At best, she articulates U.S. State Department policy via Australian channels — giving it an antipodean varnish with a supposedly Canberra gloss.

Canberra remains Washington’s generally reliable retainer — a clumsy, crude one, but a retainer none the less. It would not be too much of a stretch to say that Australia is to the U.S. what Ukraine is to Russia.

There are “common ties”, common interests and links so deep they stifle notions of independence.  ASIO and ASIS, along with the Signals Directorate arm, are organic extensions of the global American surveillance system. Decisions are not decided in Canberra so much as rubber-stamped and repackaged for domestic consumption. Trade agreements such as the Trans-Pacific Partnership suffer a similar fate; Australian trade delegates prefer the pathway of least resistance, embracing provisions modelled on U.S. copyright law — even regulations rejected by the U.S. Congress.

There is also the Eurasian strategic dimension worth considering, the analogue which can be found in Australian-U.S. ties.

For Russia, as Alexey Muraviev of Curtin University has explained, Ukraine will not be allowed to fall into a NATO orbit:

'Russia wants to see, if not a friendly, then at least a neutral and pragmatic regime in Kiev, which wouldn’t seek political and military integration with Western Europe and the U.S. at Russia’s expense.'

“... fought over by Catherine the Great’s Russia and the Ottoman Empire.”

(She forgets to mention the role of Poland and Lithuania in its own claims to Ukrainian territory through their history.)

Ukrainian history is treated hermitically; a matter of simplistic, autonomous aspirations that ignores the Russian umbilical cord. There is no discussion about the possible threats posed by the European Neighbourhood Policy, which by the admission of various European diplomats, has had a detrimental effect on Ukraine’s future.

The most dangerous promises tend to be the undeliverable ones.

It should take little or no imagination to see a precedent closer to home. Notions of Ukraine as an entirely independent state and one not in any Russian ‘sphere’ are almost as nonsensical as placing Australian autonomy before U.S. strategic interests. An isolated reading of the United Nations Charter suggests that states have inviolable borders, affirmed by Article 2.

But the Charter is not a contract of firm and objective obligations, affected in a vacuum. Black letter law tends to be grey on closer inspection.

We have already seen how stroppy Australia’s close ally (Bishop prefers the inaccurate term of “friend”) proved when the Whitlam government floated the suggestion that Pine Gap could possibly be closed in the 1970s. Notions of territorial independence on that occasion proved rather weak; the idea that Australia would be loosening its unquestioning military compliance with U.S. wishes seemed inconceivable. There would be no sliding, let alone wobbling, on the part of Australian foreign policy relative to their enormous ally.

Another factor is worth noting.

Australian security personnel have happily complied with American directions to violate the territorial integrity of other states. Chile’s elected Allende Government (1970-1973) got a foretaste of ASIS agents who operated under the direction of the CIA in disruptive operations. CIA Director William Colby would subsequently praise their actions.

Similarly, Edward Snowden’s revelations of espionage, tapping and targeting of various countries show how much Australian behaviour is an outcome of U.S. command — a keenly pursued interest against Pacific neighbours. The enormity of the ASIO building in Canberra – its bureaucratic girth an expansive eyesore – should say it all.

What Washington wants, it will get. An American sphere of influence, in other words, has proven irresistible.

On the surface, individuals like Plibersek and Bishop embrace the standard line on territorial integrity. This is a strange thing to behold, given that both major parties have actually redefined the notion of territorial integrity in various ways — the most obvious one being Australia’s own continental excision for the purposes of the Migration Act.

This inventive, absurd view sees Australia as a legal terra nullius, a non-existent legal space; provided you arrive by boat as an “illegal”, you do not actually arrive on Australian sovereign territory for the purposes of processing.

As for Ukraine, Australia’s parliamentarians argue, with some justification, that its integrity has been violated by a militarily backed referendum and annexation of Crimea. The Russian Bear is to blame.

But this narrative is silent about the political transformations of Ukraine, the external interferences by EU powers and U.S. funding to protest groups. The flagrant display by U.S. Assistant Secretary of State for European and Eurasian Affairs, Victoria Nuland, in backing opposition members, has never made it to the Parliamentary benches.

It seems that an international order backed by rules is fine for some, but not others.

Bishop shows no awareness about who she is negotiating with in the Ukrainian context — a person who is a product of a putsch against the Yanukovych Government, or a legitimately installed member of the political fraternity, backed by the ballot.

On March 19, the minister explained to Parliament how she had

“... spoken with the interim Ukrainian foreign minister. Australia has taken these actions in solidarity and support for rules based on international order.”

Australia’s political establishment has shown how incapable it is of self-reflection – let alone placement – of its situation relative to the Ukraine crisis.

It's fine to poke the finger at bullying Russian hegemony, but Australia has proven itself to be neither interested in the full complement of international law, nor particularly keen to see where its role on alliances lie, or how it behaves towards that tenuous concept of sovereignty. 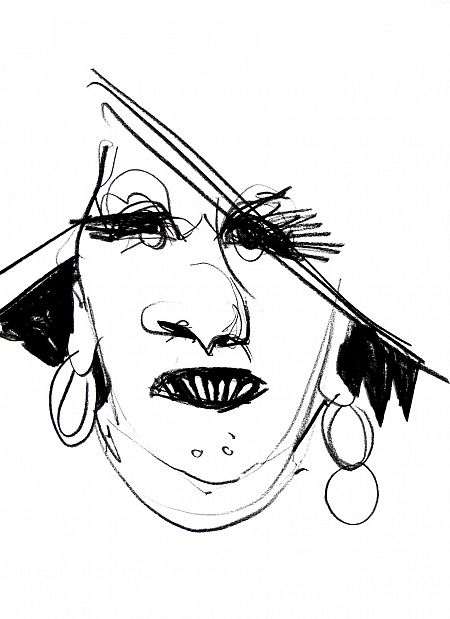 27 July 2021, 4:30pm Politicians, academics and celebrities have voiced their frustration over lockdown ...

17 May 2021, 12:00pm On April 21, U.S. Admiral Charles Richard was all warning and concern, urging the ...
Join the conversation
comments powered by Disqus
News updates