Today in Parliament, Independent MP Peter Slipper went into bat for IA in its fight for the press gallery membership that is currently being denied it by Murdoch's monopolists. 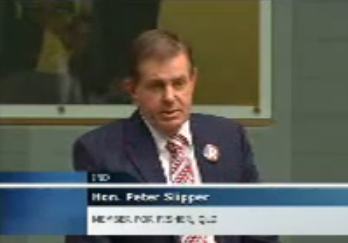 Speaker, I have a question for you.

I understand that you are aware that the Press Gallery has refused accreditation to Independent Australia, and presumably other online publications, partly on the basis that the website was perceived to be opinion based rather than a news site.

Given the fact that the mainstream media is now crammed with opinion rather than news, would you agree that, in the interests of democracy, this closed shop policy is inappropriate and that the Department of Parliamentary Services, in conjunction with the Presiding Officers, ought to devise a more equitable policy to give access to online media?


Mr Slipper's address was met by rousing cheers from many in the chamber, indicating that IA has a loyal following both inside and outside of Parliament. 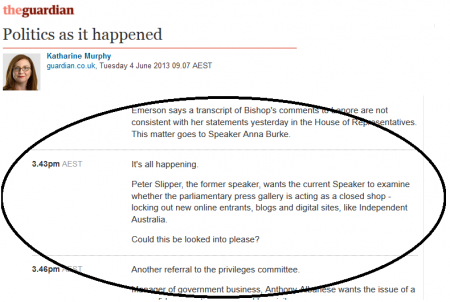