THE ADMINISTRATIVE law system for assessing asylum seekers in this country is straight out of the 17th Century. It is so complex and arcane that it prompted a Federal Court judge, Nye Perram, to say recently that of the 70,000 or so legal practitioners in Australia, he would be surprised if more than 200 had any idea how it worked.

Naturally, it has long since been abandoned by every other common law country in the world.

It can result in someone spending in excess of ten years in the system, only to find themselves back at the beginning and having to start all over again. It is open to massive governmental abuse and has been abused, particularly under the stewardship of Opposition Leader Peter Dutton and the former Liberal Government.

Far more terrifying is the unfettered power of the Government, via the Minister for Immigration, to imprison anyone seeking asylum throughout the entire process if they so choose. This too has been tragically abused, with Peter Dutton turning that abuse into an art form.

The idea that the Government can imprison people at will was challenged in the High Court in 2004 on the basis that such is the work of dictatorships and potentates and has no place in a Constitutional democracy. In the notorious case of Al Kateb v Godwin, the majority of the High Court, led by the equally notorious Justice Dyson Heydon, found that the process was legal. 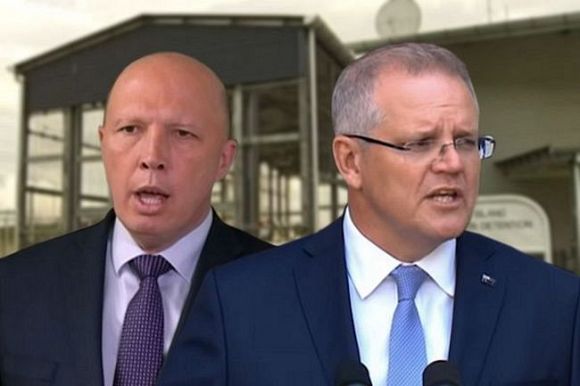 There have been many challenges to this decision since but all have failed, the High Court remaining firm in its conviction that the ability of the Government to imprison someone at will, who has committed no crime and has had no trial, is not “punishment” as such and so doesn’t require the intervention of the Judiciary.

The matter was put beyond doubt in the dying days of the L-NP Government when it passed legislation, with bipartisan support, to give the Minister for Immigration unlimited powers to send a proven asylum seeker back to their homeland, to their death. This, of course, is in direct contravention of our obligations under the Refugee Convention. And if, for some reason, their homeland won’t take them, then the Minister has power under the legislation to imprison them for life — euphemistically termed “indefinite detention”.

“Detention” is the word used in the courts and the legislation, as if that makes the confinement more palatable. Indeed, those who have experienced both real imprisonment and immigration detention always say imprisonment was far more comfortable and humane.

But by whatever name asylum seekers are confined, it means that if someone arrives in Australia, whether by plane or boat and asks for asylum, the Minister can put them behind bars during the whole process, which, as I say can now take in excess of ten years and still not be resolved.

So how does the process work? First, the asylum seeker undergoes a recorded interview and assessment by one of the Minister’s delegates. This could take a couple of years to happen. If the delegate decides the person is not a refugee, the person can appeal that to the Administrative Appeal Tribunal (AAT). This will take another year or so. 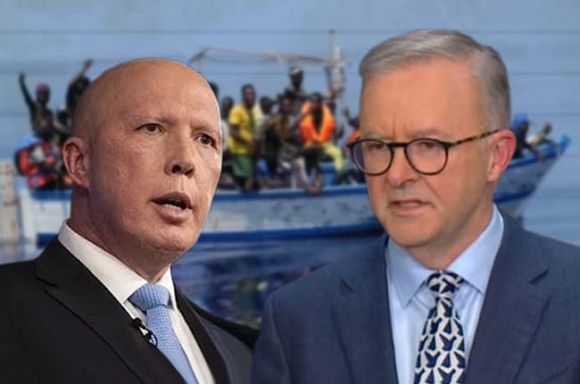 Whether the asylum seeker or the Minster wins in the AAT, either can then apply for “judicial review” to the Federal Circuit and Family Court (FCFC). With the current understaffing of the Court and the huge backlog created by Dutton or his delegates refusing every possible application for asylum, people are now waiting in excess of four years to get to the FCFC.

The FCFC can’t look at the facts of the case. It can only see if there were any “jurisdictional errors” made by the AAT. The concept of jurisdictional error is so shrouded in legal niceties that even the 200 or so lawyers mentioned by the judge at the beginning of this article struggle with its meaning, so I won’t attempt to explain it here.

Suffice it to say that if the FCFC decides the AAT made a “jurisdictional error” they can’t give the asylum seeker a visa, but can only remit the case to the AAT to decide it again, but this time without the jurisdictional error.

Under Dutton, that wouldn’t get a chance to happen straight away because he would invariably appeal the decision to the Federal Court. Of course, if the Federal Court decided in favour of the asylum seeker, the Federal Court couldn’t give them a visa either. It could only remit the matter to the AAT to decide again.

But that never got a chance to happen immediately either, because Dutton would routinely seek leave to appeal to the High Court. And yes, you guessed it, if the High Court decides in favour of the asylum seeker. All they can do is send it back to the AAT to decide again without the jurisdictional error.

These several stages of appeal are currently taking around 5-6 years to complete. Before the rise of the recent L-NP Government, once the case did get back to the AAT, it would usually get the message and order a visa. But with the ongoing stacking of the AAT with L-NP appointees, more and more the AAT is just finding a way to decide against the asylum seeker again. 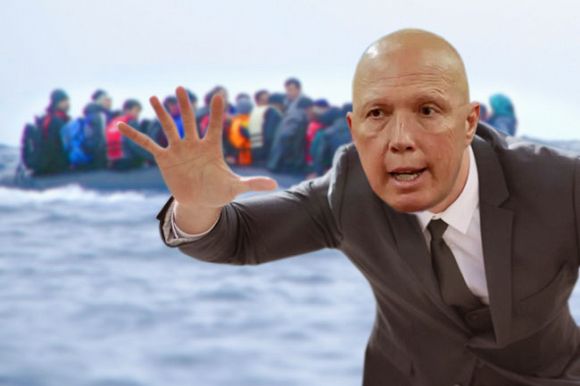 Liberal Leader Peter Dutton is warning of a ‘looming disaster’ of boat arrivals.

Sometimes AAT staff are so lazy, they just repeat the same jurisdictional error the courts told them to avoid. Why not? The process starts over. Asylum seeker still behind bars. All right with the world.

Dutton would spare no expense to oppose every asylum seeker. In a case not so long ago in the Federal Court, I appeared for an asylum seeker assisted by one valiant law student. Dutton had employed one of the country’s leading QCs, two other barristers and six solicitors.

My own estimate is that during his time as Minister for Immigration and Home Affairs, Dutton spent around $2-4 billion of government money on legal fees alone to oppose asylum seekers at every level. So lucrative was Dutton as a client, that every one of the big law firms had a dedicated Peter Dutton department. And that cost doesn’t even take account of the billions of dollars spent on the courts and tribunals and the even more billions of dollars spent on detention facilities.

I currently have several clients who have been in detention for over ten years with no end in sight, as do all my colleagues who work in the area. And these are only the ones detained in the camps on the mainland. It does not include Manus and Nauru.

Let me leave you with one chilling thought. Having now passed legislation that gives the Government power to bypass the courts and detain a certain group of people at will and indefinitely, and having had that legislation ratified by the High Court — what is to stop a government legislating the same fate for any other group?

15 July 2022, 8:00am The Coalition Government left behind a cruel and complicated processing system for ...

28 September 2021, 12:00pm Determined to see progress in Australian politics, The New Liberals have been ...
Join the conversation
comments powered by Disqus
News updates