Given the Government’s treatment of women and refugees, Peter Dutton’s comments in the Sydney Morning Herald are pure hypocrisy, writes Hayden O'Connor.

ON 10 JANUARY, Minister for Defence and Leader of the House Peter Dutton told the Sydney Morning Herald and The Age that he found it “quite remarkable” that sports stars and celebrities weren’t using their status to criticise China’s human rights abuses and their treatment of women.

If Peter Dutton wasn’t a minister in a government that has kept refugees in detention for nine years and if his workplace of Parliament House didn’t have one-third of its employees having experienced sexual harassment, then his criticism of sports stars and celebrities wouldn’t be so difficult to stomach.

But as a man who described Brittany Higgins’ rape claim as “he said, she said”, Peter Dutton is nothing but an opportunistic hypocrite.

In the exclusive piece (which deliberately fails to mention this government’s despicable treatment of women), Dutton was quoted telling the Sydney Morning Herald and The Age the following:

“I don’t understand how, in the year 2021, in the #MeToo age, we can have an international female tennis star who claims to have been raped and sexually assaulted and she’s now effectively under house arrest and has had her social media account wiped, and somehow that’s behaviour that we should tolerate.” 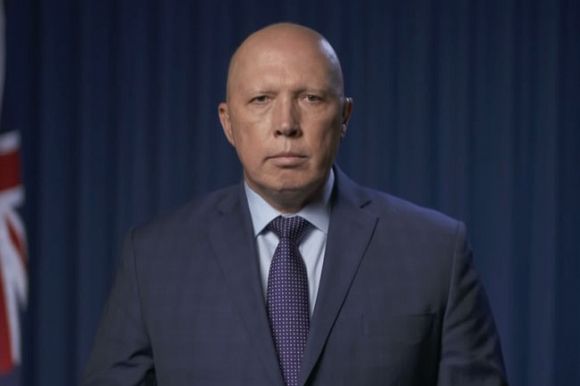 The Liberal Party is continuing its war on social media with Peter Dutton winning a defamation case over a Twitter comment.

When examining the treatment of women in Australia last year, one might struggle to understand how, in the year 2021, in the #MeToo age, we can have a woman claiming to have been raped in Parliament House and the Government’s response was to background against her partner and inform March4Justice protestors that they were lucky not to be met with bullets.

One might also struggle to understand how the rape allegation against retiring MP Christian Porter didn’t result in a parliamentary inquiry. Why didn’t Dutton speak up on these occasions?

Dutton is, of course, correct that China’s reaction to Peng Shuai’s allegations should not be tolerated, but that’s not the point. When you’re in a position of power and you can do something to help women, but you refuse to act and speak up like Dutton and his government have done, you then have no right to criticise others.

This government has refused to implement all recommendations of the Kate Jenkins’ ‘Respect@Work’ report and two of this government’s MPs have made a habit of suing women who criticise them. Dutton didn’t speak up then either, although perhaps he was occupied with his own legal action.

In regards to human rights, Peter Dutton has accused the Biloela family of “using every trick in the book” to avoid deportation and he also claimed that showing compassion to the Bioela family would send a “bad message” to people smugglers. 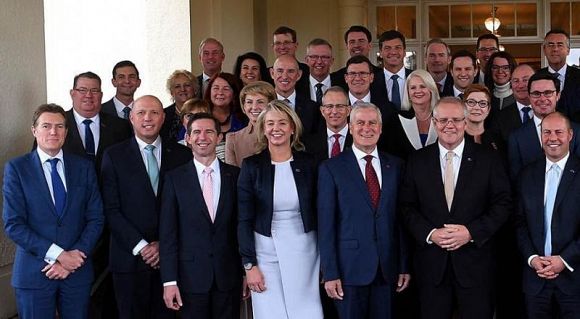 The Morrison Government suffered extreme criticism in 2021 over senior MPs alleged abuse of women. This March article by Dr Jennifer Wilson has been read close to 50,000 times.

“We wouldn’t tolerate, and nor would we ever want to tolerate, the suggestion that if somebody had been raped, that it wasn’t going to be addressed.”

Yet here we are just a day before a full year since Brittany Higgins’ claim that she was raped in Parliament House and we are yet to see Phil Gaetjens' report into whom in Prime Minister Scott Morrison’s office knew about the incident and when. Gaetjens’ investigation was suspended a second time in late August last year.

So, it would appear that Peter Dutton does indeed tolerate a rape claim not being addressed. Or perhaps he just thinks his “he said, she said” remark addressed the matter appropriately. Perhaps he believes that’s all a rape claim requires. This would not be surprising considering that he accused rape victims detained on Nauru of “trying it on” so they could enter Australia for an abortion.

Peter Dutton has no right and no authority to criticise others for failing to act and speak up on the treatment of women or human rights issues, given his own track record and the track record of the Government that he is part of — even when that criticism (of China) is evidently warranted.

If we are seeing a new and improved Peter Dutton, then surely he will start speaking up and speaking against his own government very soon. Until then, I’m going to assume that his comments regarding China are nothing more than opportunistic political tactics designed to make China the new enemy so this government can beat the drums of war as we head towards an election in May.

So, Peter Dutton, will you speak up?